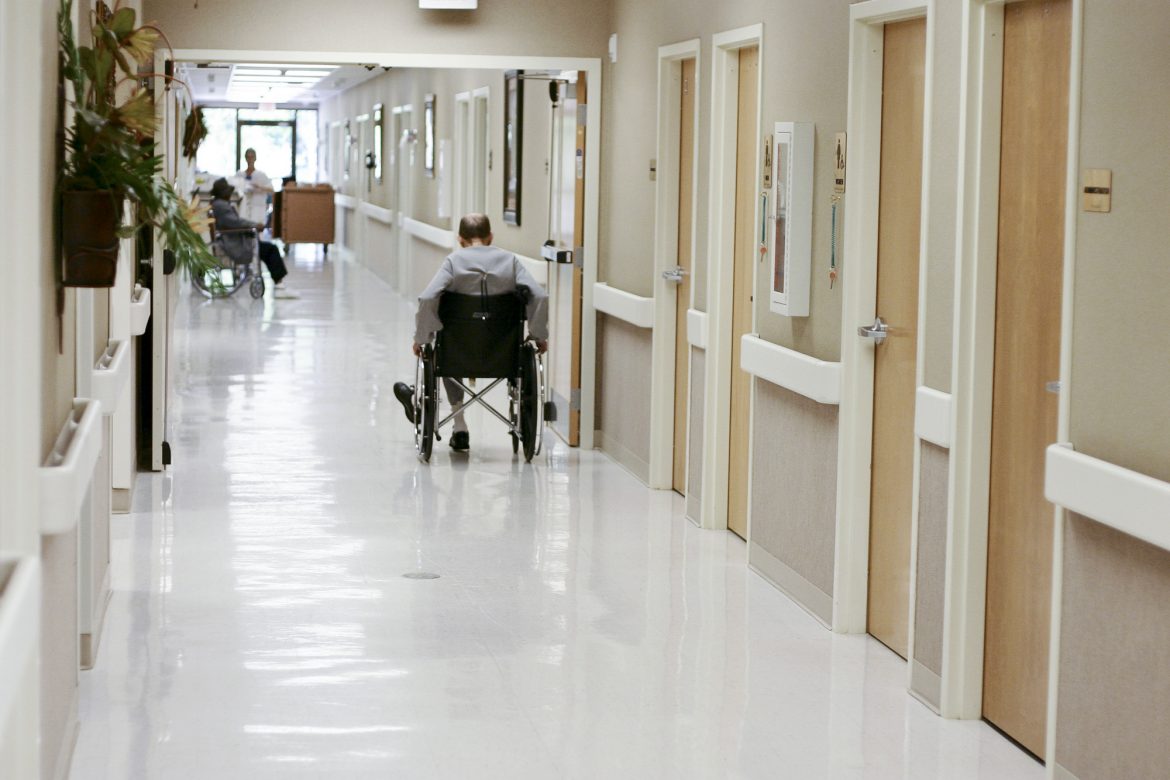 At an emotional legislative hearing Tuesday, lawmakers and critics subjected the Newsom administration to blistering questions about the state’s oversight of nursing homes.

“Where is the proactive, patient centered, public safety approach here?” he asked Cassie Dunham, an acting deputy director of the California Department of Public Health. “Where is that?

“Because I don’t feel it right now. And yet here we are. Here we sit,” he said.

Democratic Assemblymember Al Muratsuchi of Los Angeles, who introduced legislation earlier this year to address some of these issues, also grilled Dunham about the department’s performance in caring for California’s most vulnerable residents.

“What I’m hearing is a lengthy history, that goes back decades, of the Department of Public Health failing to crack down on bad actors who are gaming the system,” he said.

The tense hearing touched on the department’s staffing levels and on nursing homes’ financial practices, issues which elder care advocates and legislators have raised for years and have triggered similar hearings.

“I struggle to accept the premise that nursing homes are underfunded when their owners are living in homes that are sometimes worth $11 million dollars,” said Kim Valentine, an Orange County attorney who has spent more than 20 years working on cases of elder abuse in nursing homes, in her testimony.

“I am petrified to get old,” she added. “This disgraceful, broken system of senior living care is something that we all need to care about. Because this is our future.”

Two officials of the embattled department acknowledged that some changes are needed but attempted to deflect criticism by pointing to the stresses of the COVID-19 crisis, which hit nursing homes especially hard.

“Throughout the (pandemic) response, the department’s absolute focus has been on saving lives,” said Dunham.

Much of the attention Tuesday was focused on longstanding licensing issues that CalMatters has documented extensively in recent months. The legislators repeatedly referenced reporting by CalMatters, which examined the state’s largest, for-profit nursing home owner, Shlomo Rechnitz of Los Angeles, and the unusual licensing decisions surrounding some of his homes. Lawmakers also cited work by KPCC and LAist, which looked at Crystal Solorzano, another controversial nursing home operator.

A CalMatters investigation published April 6 revealed an opaque state licensing process plagued by indecision, confusion and yearslong delays. The report detailed how the state has permitted Rechnitz to operate facilities for years through a web of companies, despite license applications left in “pending” status — and some that were formally denied.

A subsequent CalMatters story on Aug. 19 revealed that the department had incorrectly listed Rechnitz as holding permanent licenses for two homes whose applications actually had been undecided. After advocates pointed out that mistake to department officials, they doubled down, admitting the error but refusing to take the licenses away.

This week, CalMatters reported that family members of residents who died as a result of a COVID-19 outbreak at Windsor Redding last fall are suing that facility for elder neglect and abuse, alleging that employees were forced to come into work while symptomatic with the virus, and that dozens of residents who fell ill were left isolated and neglected due to “extreme understaffing.” The complaint specifically refers to Rechnitz and his management companies as being an “unlicensed owner-operator” of the skilled nursing facility, since the state denied them a license in 2016.

Mark Johnson, an attorney for Rechnitz and one of his companies, Brius, has in the past expressed frustration in emailed statements to CalMatters about the state’s inconsistent approach to Brius homes. Johnson also has previously said that the facilities in “pending” status had licenses in good standing and were operated under an “interim management agreement,” which he described as “state approved.”

Tony Chicotel, a staff attorney at the California Advocates for Nursing Home Reform, referred to a “zombie nursing home licensing system,” which he described as “straight bananas.”

“Corrosive (Department of Public Health) inaction has created a system where operators with terrible track records take over nursing homes without approval,” he said. “What’s worse, when the state actually denies a license, it doesn’t really matter. The unfit operator can just keep operating.”

California State Auditor Elaine Howle also called out the department for being inconsistent in its licensing practices at Tuesday’s hearing,

Muratsuchi referred to the Windsor Redding lawsuit repeatedly during the hearing, at one point asking Howle: “Does it make sense to you that a nursing home can continue to operate when the owner’s application for a license has been denied five years ago?”

Howle in 2018 published an audit criticizing state nursing home oversight, saying that licensing lapses by the California Department of Public Health increased the risk that residents may not receive adequate care.

In response to Muratsuchi’s question, Howle said: “​​I don’t have that authority and that expertise. But if I had a loved one, I would be very concerned about having one of my family members in a facility like that. I would not do it.”

Muratsuchi posed the same question to Dunham of the Department of Public Health, quizzing her on how it was possible that someone with a “documented history of violations” isn’t automatically barred from continuing to own and operate nursing homes in California.

The complaint against Windsor Redding lists 142 violations substantiated by investigators including neglect, abuse, staffing and infection control issues between January 2018 and June 2021. In November 2020, the federal government fined the facility $152,000 as a result of the inspections.

In response to Muratsuchi’s question, Dunham echoed a response given to CalMatters earlier this year: Ownership applications are decided in a case by case, ‘point-in-time process,” she explained, noting that applicants’ track records may change.

Muratsuchi said it was clear that laws “desperately need to be revised and changed.”

His bill, AB 1502, would forbid using management agreements  to “circumvent state licensure requirements” and would require owners and operators to get approval from the state Department of Public Health before acquiring, operating or managing a nursing home.

The bill stalled in the Assembly Health Committee, where Tuesday’s hearing took place, and is not expected to be heard until next year. Wood, the committee chair, said in the spring that he believed the issue would require a lot of staff time to gather data and communicate with various state agencies, and that he wanted to make sure the California Department of Public Health and the Newsom administration were on board.

Craig Cornett, CEO and president of the California Association of Health Facilities, an industry group, said Tuesday that “substantial improvements” could be made in how the department handles licensing decisions. He expressed pride in the work of nursing home staff, especially in light of the pandemic, and said the state’s nursing homes are very highly ranked in many measures of quality. But he also noted that the industry faces “a severe workforce shortage.”

Cornett expressed frustration about long licensing delays and high licensing fees. But he said his organization opposed Muratsuchi’s bill as being punitive, “rather than addressing the fundamental problems with the process.”

The Department of Public Health has a wide range of responsibilities surrounding nursing homes; its execution of several of those was criticized Tuesday. In addition to licensing, the department is responsible for routinely inspecting the state’s 1,215 nursing homes to ensure they are meeting federal standards. It also conducts complaint investigations and can cite facilities for violating federal or state rules, and levy fines.

The hearing comes at a pivotal time. The industry is reckoning with the devastating impacts of the past 18 months, during which 9,243 California nursing home residents died of COVID-19, along with 249 healthcare workers. That data comes from the state’s Department of Public Health; some advocates and lawyers for nursing home residents say they suspect it is an undercount.

The department has been reticent to speak to CalMatters about licensing issues, refusing to put any officials on the phone. But at the hearing, legislators repeatedly called department officials to account.

“COVID cannot be an excuse to not do better,” Wood said. “We don’t need excuses. We have to do more.”