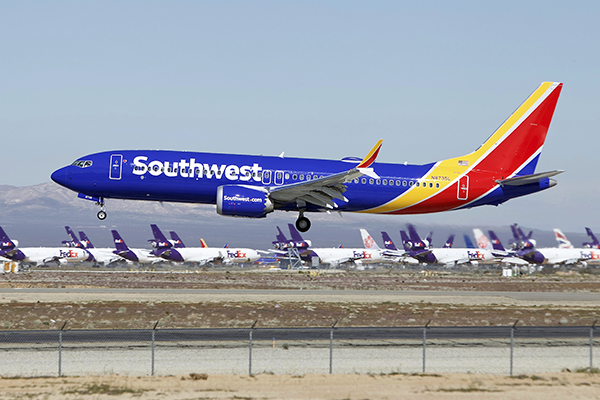 What do dog blood, brooms and teachers have in common?

California is facing a severe shortage of all of them — evidence that the state’s labor pool, supply chain and morale are far from returning to normal nearly four months after the Golden State flung off most of its pandemic restrictions and reopened its economy.

Veterinarians are scrambling to procure enough canine blood to heal injured pets. A newly opened Oakland restaurant ordered brooms and received just sticks, while tables it ordered months ago are nowhere to be found. And in an apparent attempt to stave off a staff exodus while simultaneously trying to fill thousands of job openings, Los Angeles Unified School District on Monday pushed its employee vaccine deadline from Friday to Nov. 15.

After cancelling thousands of flights over the weekend, Southwest Airlines cancelled and delayed hundreds more on Monday, impacting operations at numerous California airports. Southwest, which had previously suggested the problems were primarily caused by weather and air traffic control issues, on Monday acknowledged the disruptions were partly due to staffing shortages. The pilots union denied that its members were striking because of Southwest’s recently announced vaccine mandate, blaming the meltdown on the airline’s poor planning and subpar working conditions.

Indeed, a year and a half into the pandemic, many workers appear to be burned out and at a breaking point. On Monday, tens of thousands of Kaiser Permanente health care workers in Southern California voted to authorize a strike — a move that comes about a week after Hollywood production workers approved a strike authorization for the first time in their union’s 128-year history. And a shortage of warehouse workers and truckers has contributed to a record level of cargo ships idling off the ports of Los Angeles and Long Beach — exacerbating backlogs and delays and prompting some retail giants to charter private ships ahead of the holiday season.