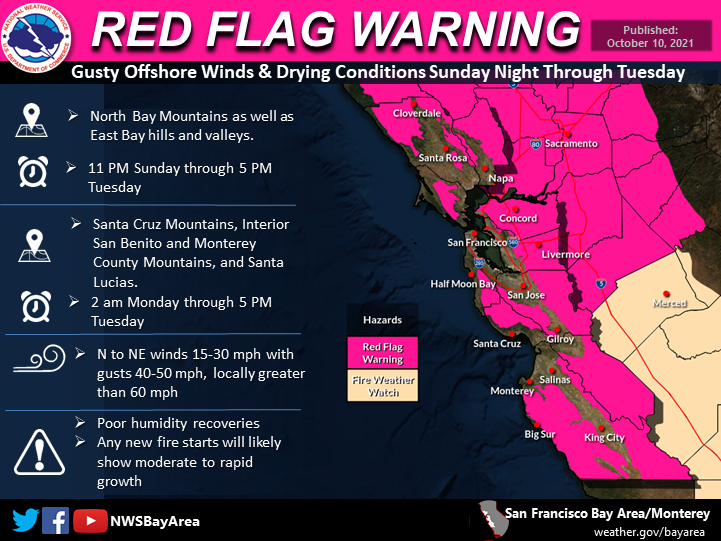 From the National Weather Service on Oct. 10

A Red Flag Warning has been issued for Sunday night into Tuesday evening for gusty north winds along the eastern interior areas of the North Bay mountains, East Bay hills, East Bay valleys, and the Diablo Range as well as for the Santa Cruz Mountains, the interior mountains of Monterey and San Benito Counties as well as the Santa Lucia Mountains.

Confidence is high that strong north winds and drier air will impact the region behind a passing cold front. The window for strongest winds will be during the late Sunday night and early morning hours of Monday, with a secondary peak possible Monday afternoon, and then again late Monday night and early Tuesday morning. These winds, in conjunction with little to no recent precipitation and near to record dry fuels across the interior, may lead to an increased risk of critical fire weather concerns for the specified locations.