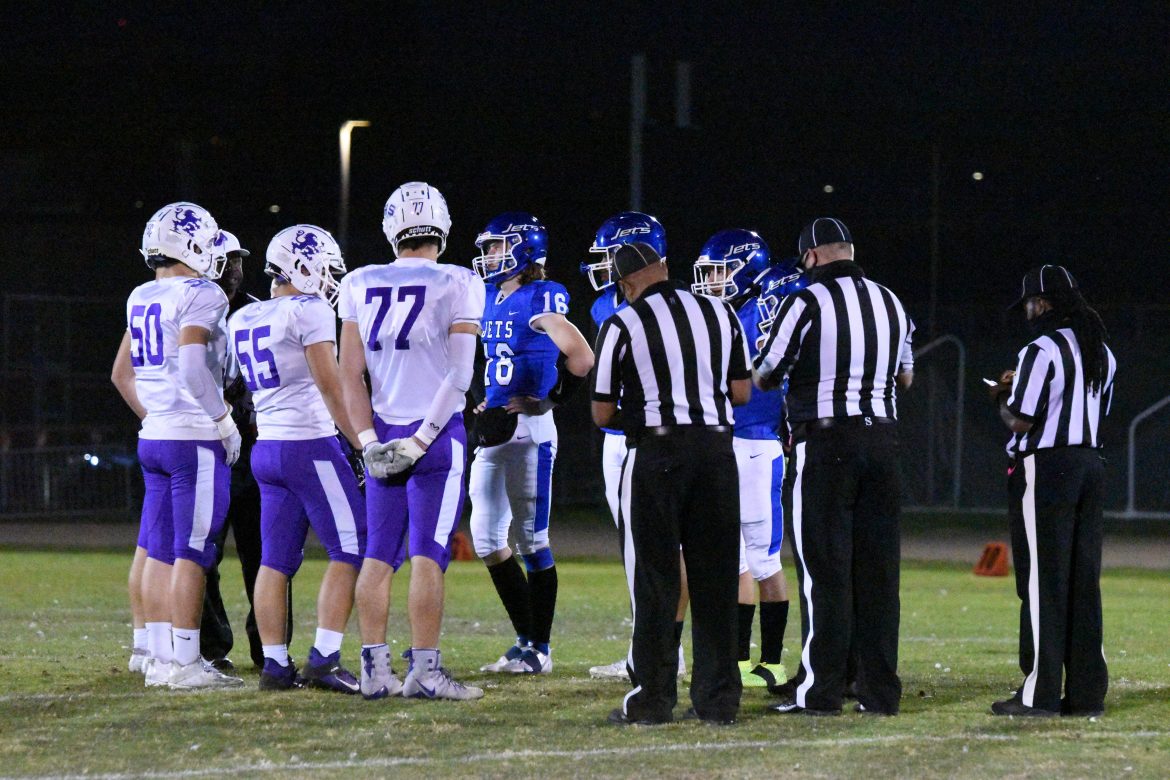 The Piedmont High School football team fought gallantly to the end once again, but fell at Encinal, 34-28 on October 15.

The Highlanders cut the Jet lead to six points in the final two minutes, but could not recover the onside kick.

Adhi Bornstein threw for 217 yards and three touchdowns, and scored Piedmont’s other touchdown on a sneak. The Highlanders are 1-5 on the season.

Garrett Deatherage threw for 182 yards and four touchdowns for the Jets, now 6-1. Marques Singleton returned a kickoff 75 yards for a touchdown, the fourth consecutive week the Highlanders allowed a kickoff return for a score.

A key for Encinal’s passing game was Deatherage throwing the ball deep. The scoring passes went for 25, 28, 29 and 47 yards.

“Two jump balls,” Piedmont coach Jerome Johnson noted. “If (we) could have knocked those down, it could have been different.”

The game got off to a raucous start. Highlanders running back Bautista Costa fumbled on the first offensive play of the game. Kameran Cole, who had a huge night on defense for Encinal, knocked the ball out. Damarius Gates fell on it.

Piedmont didn’t blink. The Highlanders went on an eight-play, 53-yard drive, with Bornstein hitting Nico DeFazio for a 24-yard touchdown to tie it up.

Later in the first quarter, Deatherage put Encinal back on top with a 28-yard pass to Singleton on a fourth-and-9 play.

Piedmont answered immediately on a 45-yard pass from Bornstein to Ryan McConathy. The score was 14-14 at the end of the first quarter.

Deatherage and Singleton hooked up on a 47-yard touchdown pass early in the third quarter. A short punt set up a short field for the Jets on their next possession, and Deatherage connected with Singleton again, this time from the 25.

Singleton ended with four catches for 103 yards and the three touchdowns.

Bornstein led Piedmont back down the field, connecting with DeFazio on a 34-yard pass and Lucas Bernales on a 30-yard completion to set up his own 1-yard run on a sneak. Nina Goldberg nailed the third of her four conversions and it was 28-20.

On the ensuing kickoff, the Highlanders were trying to avoid a return and had Goldberg kick to the sideline. Three of them went out of bounds. The fourth kick, from the Piedmont 25, was fielded by Singleton in the middle of the field. He cut to the right, shot past the coverage, and scored on the return.

The Highlanders got close with one minute, 43 seconds left, when Bornstein found DeFazio from 19 yards out. The onside kick was fielded by Singleton, however, and Encinal ran out the clock.

Encinal had an advantage at the skill positions, according to Johnson, but the coach was very proud of the play on the line.

“Encinal, as far as their O-line and D-line, we’re leap years better than them,” Johnson said. “For whatever reason, we always have great linemen. I will say our trench guys, I will rock with them any time. They just play with a lot of heart and passion.”