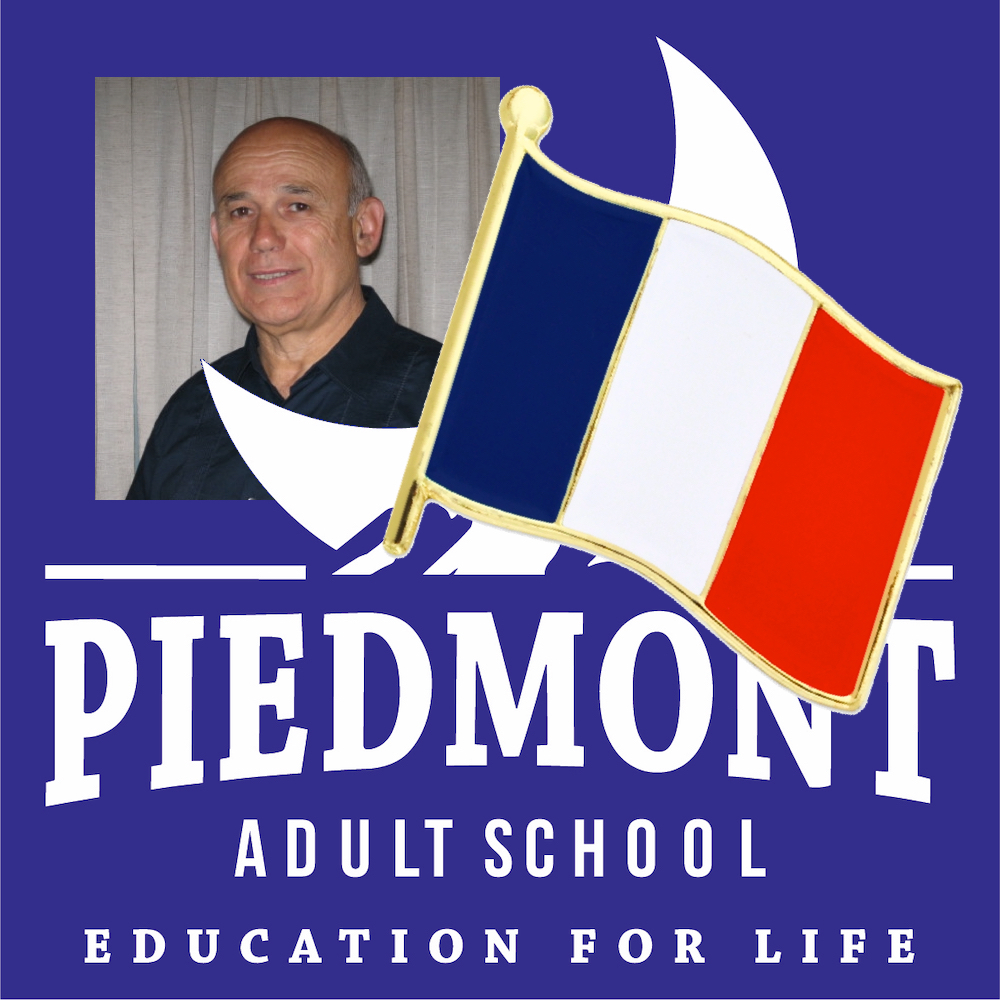 Planning that long-postponed trip to France? Or do you just want to sharpen your French skills or learn some new ones?

Jean, a native French speaker, brings a wealth of experience and knowledge to his teaching. He grew up in the Brittany region of France and later moved to the US, where he received a bachelor’s degree in English and a master’s degree in Comparative Literature from UC Berkeley.

After teaching French at UC Berkeley for five years, Jean moved to Tours, France, where he taught French and received his PhD in French literature. On moving back to the US, he settled in Oakland, and taught at Head Royce and Campolindo high schools.

In addition to teaching, Jean’s fascinating career has included stints as a journalist for French National TV, and as an interpreter during the 1984 Los Angeles Olympics. He has written multiple papers and books on French involvement in the California Gold Rush and other topics.

“I love teaching at the Adult School because my students are so motivated and excited to learn,” says Jean. “Often I can provide them with useful information and travel advice, in addition to language skills,” he continues. “We have great conversations about culture, politics, government and the like. The atmosphere is very friendly and social.”

Register for Piedmont Adult School at www.piedmontadultschool.org, or by calling (510) 594-2717.