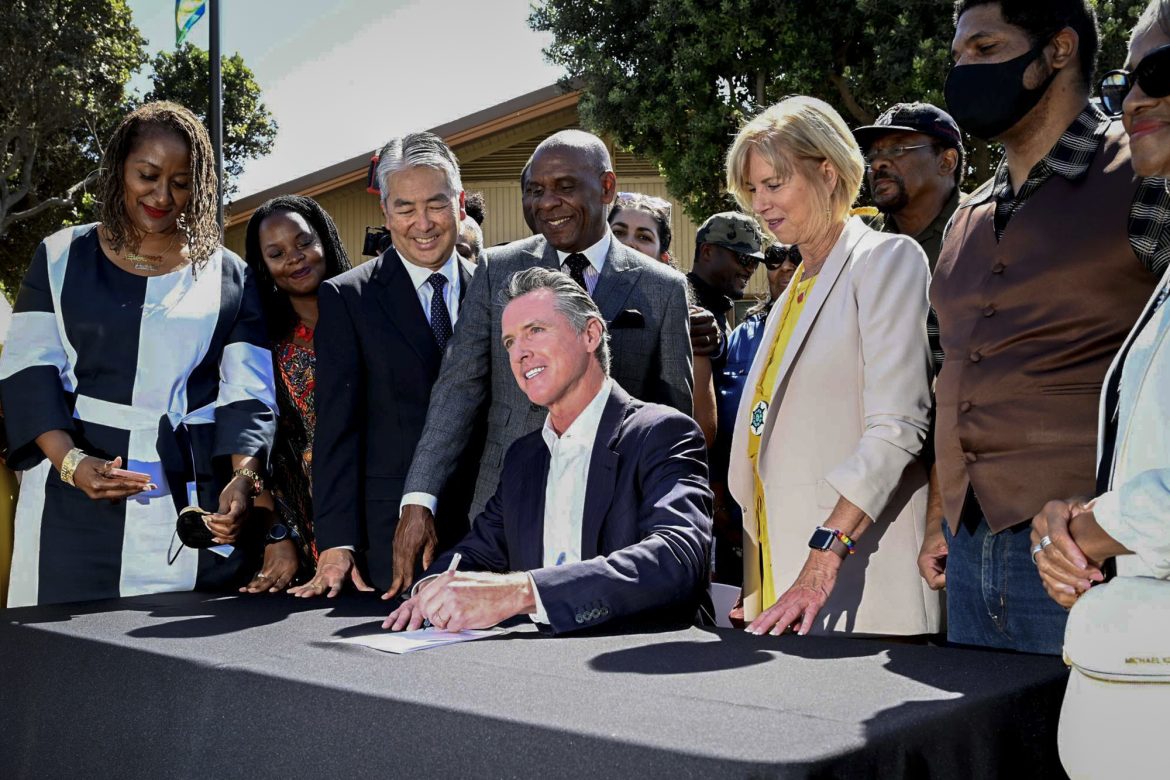 Gov. Gavin Newsom has now completed three rounds of the annual ritual of deciding what should become law in California by giving a thumbs-up or thumbs-down to hundreds of bills sent to him by the Legislature.

In year one, he used the routine to demonstrate differences from his predecessor, signing dozens of bills that Jerry Brown had vetoed — but also vetoing a greater proportion of bills than Brown typically did.

In year two, with the Legislature largely sidelined by the COVID-19 pandemic, Newsom signed fewer new laws than any governor has in more than 50 years, instead governing through numerous executive orders.

And this year, his third, Newsom used his veto pen at about half the rate as he did in his first year as governor, saying “no” to about 8% of the 836 bills that hit his desk.

In doing so, Newsom largely demonstrated a traditional governing philosophy, using his veto power to block bills that cost more than the state budgeted for, clashed with work already under way in his administration or were repeats of ideas he’d already nixed. Essentially, Newsom’s vetoes in 2021 proved more about what he has in common with his predecessors than how he is unique.

“He is similar to other governors in that there are some consistent themes or bases for governors to veto legislation,” said Chris Micheli, a lobbyist and attorney who teaches law school courses on the legislative process.

“His first year in office was very different.”

While Newsom held celebratory public events with legislators to sign their bills, he announced vetoes by listing them at the end of press releases. So many of them flew under the radar. It required reading his veto messages to get explanations or justifications of why he didn’t believe the proposals should become law in California. On some bills, he cited multiple reasons.

Here are some key themes that emerged from Newsom’s 66 vetoes this year:

That’s not in the budget

Some bills advancing causes that Newsom has championed in the past got his thumbs-down nonetheless. Why? Because, he argued in many veto messages, the proposal would cost money the state had not budgeted for, despite an unprecedented windfall of state revenue and federal aid.

That’s what Newsom said in nixing a bill to raise the amount of salary that workers can receive while taking paid family leave — even though he signed two expansions of the family leave program in years past. A spokesperson from Newsom’s finance department told CalMatters that the bill would have hiked the cost for both employees and the state, including millions in computer upgrades and public outreach.

Newsom also made the cost argument in vetoing a huge expansion of college financial aid. Just months ago, he signed a budget that includes an additional $3.3 billion for colleges and universities, including $1.5 billion in increases for student grants and work study opportunities. “Expanding access to financial aid has been a priority for my Administration,” he wrote in his veto. But, he told lawmakers, massive changes to the system need to be considered as part of the regular budget process.

I already told you ‘no’

As he’s becoming more seasoned as governor, a new theme is emerging in Newsom’s vetoes: Calling out the repeats.

“As I stated in a veto message on similar legislation in 2019,” Newsom wrote in nixing a bill that would prohibit paying petition circulators per signature gathered, “I appreciate the intent of this bill to incentivize grassroots support for the initiative, referendum, and recall process.”

But, he said, changing the way workers are paid to gather signatures could make the process more costly, giving wealthy interests even more influence over the initiative process.

Similarly, he vetoed legislation to let supervisors in state government settle disputes through binding arbitration by saying it could add costs and create conflicts with existing procedures, “the same concerns I had with a previous, nearly-identical bill… which I also vetoed.”

Former Gov. Brown — who saw plenty of repeats as California’s longest-serving governor — also had a habit of using his veto messages to highlight the rationale behind his prior vetoes.

Overwhelming support is no guarantee

Newsom blocked a number of bills that were not controversial as they moved through the Legislature, making his veto a surprise after proposals advanced for months drama-free.

An attempt to crack down on the use of “bots” to scoop up camping reservations at state parks, for example, passed the Legislature with sweeping bipartisan support and had no formal opposition. Newsom, however, said the bill is unnecessary because the state has added security measures on its camping reservation website.

A measure requiring police officers to be trained in “interpersonal communication skills and ethical science-based interviewing” similarly sailed through the Capitol without a single “no” vote. Newsom said he likes the idea but doesn’t want to create a mandatory cost for police departments. In vetoing the bill, he said he’ll direct the commission that trains police to create the training course and leave it up to departments to decide if their officers take it.

Patio umbrellas hardly seem like a controversial subject. Lawmakers overwhelmingly agreed that state law should allow alcohol manufacturers to give away promotional patio umbrellas to venues that sell their liquor. But Newsom — owner of the Plumpjack wine and hospitality business, who often talks about launching a small wine shop as a young entrepreneur  — vetoed the legislation, saying it would “increase alcohol signage and advertisements in public areas and disadvantage small alcohol manufacturers that cannot compete with the marketing budgets of multibillion dollar corporations.”

Caution in assessing some new ideas

On two bills meant to address the scourge of drug addiction, Newsom just said no.

A bill allowing Yolo County to create a rehab program for drug addicts who commit certain crimes earned bipartisan support from lawmakers in both houses, but Newsom vetoed it saying it would lead to “forced treatment” which could hinder “participants’ long-term recovery from their substance use disorder.” Many progressive criminal justice reform groups opposed the bill, including the Drug Policy Alliance, whose board member George Soros donated $1 million to help Newsom fight last month’s recall.

At the same time, Newsom vetoed another bill that the Drug Policy Alliance supported, a measure to pay money to people recovering from drug addiction as incentives to stay sober. He wrote that the state is trying to launch a similar pilot project, the results of which he wants to evaluate before agreeing to any expansion. That bill cleared the Legislature with overwhelming bipartisan support, but was opposed by Newsom’s finance department.

Similarly, he blocked two proposals aimed at changing rules of the road for walkers and bicyclists. One would have decriminalized jaywalking and the other would have let bicyclists ride through stop signs.

Supporters of the jaywalking bill said people of color are unfairly targeted. Newsom agreed, but pointed out California’s high rate of pedestrian deaths and warned that the bill “will unintentionally reduce pedestrian safety and potentially increase fatalities or serious injuries.”

Likewise, Newsom said the bicyclist bill could backfire and increase collisions and deaths, especially among “children, who may not know how to judge vehicle speeds or exercise the necessary caution to yield to traffic when appropriate.”