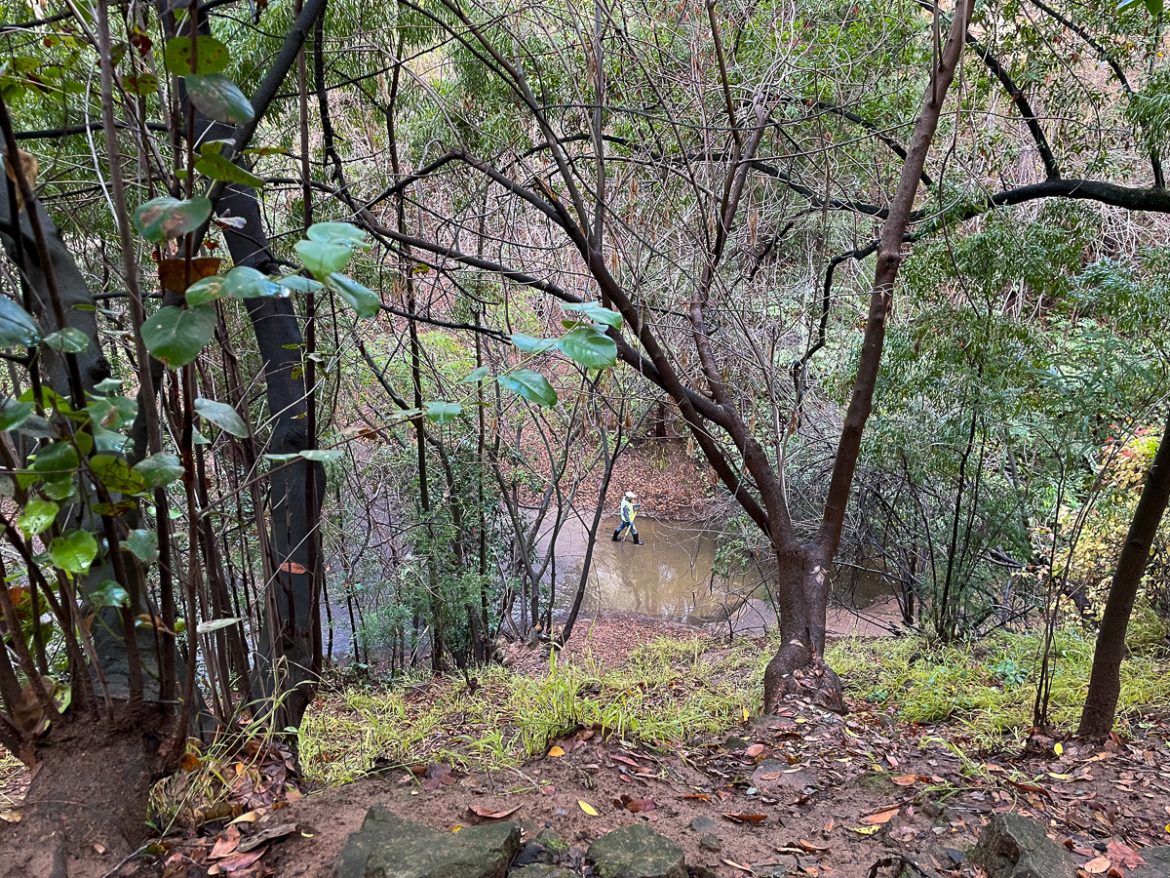 Public works staff on the scene of flooding in Piedmont Park after a historic rainfall in October.

The atmospheric river that swept through the Bay Area on Sunday caused widespread flooding and took down trees. Oakland received more than 4.5″ of rain from the storm with the hills receiving closer to 7″, according to the National Weather Service. San Francisco also set a new record for its wettest-ever October day with 4.02 inches of rain, according to the SF Chronicle.

According to Piedmont’s Director of Public Works Daniel Gonzales, the city worked in advance of the storm to head off potential problems. “We only lost two small publicly owned/maintained trees,” he said in an email, “and the cleaning of the trash racks in advance of the storm appears to have prevented the worst of the flooding. We also did have crews working all weekend to keep creeks and drainage structures free of debris.” The workers in the pictures are contract staff that supplemented the public works crew this weekend.

An image from the Oakland Fire Department’s Instagram page showed cars trapped in “the big dip” on Shepherd Canyon Road:

This article was updated on Oct. 26 to incorporate comments from Piedmont’s Dept. of Public Works

One thought on “Historic rainstorm leaves its mark on Piedmont”