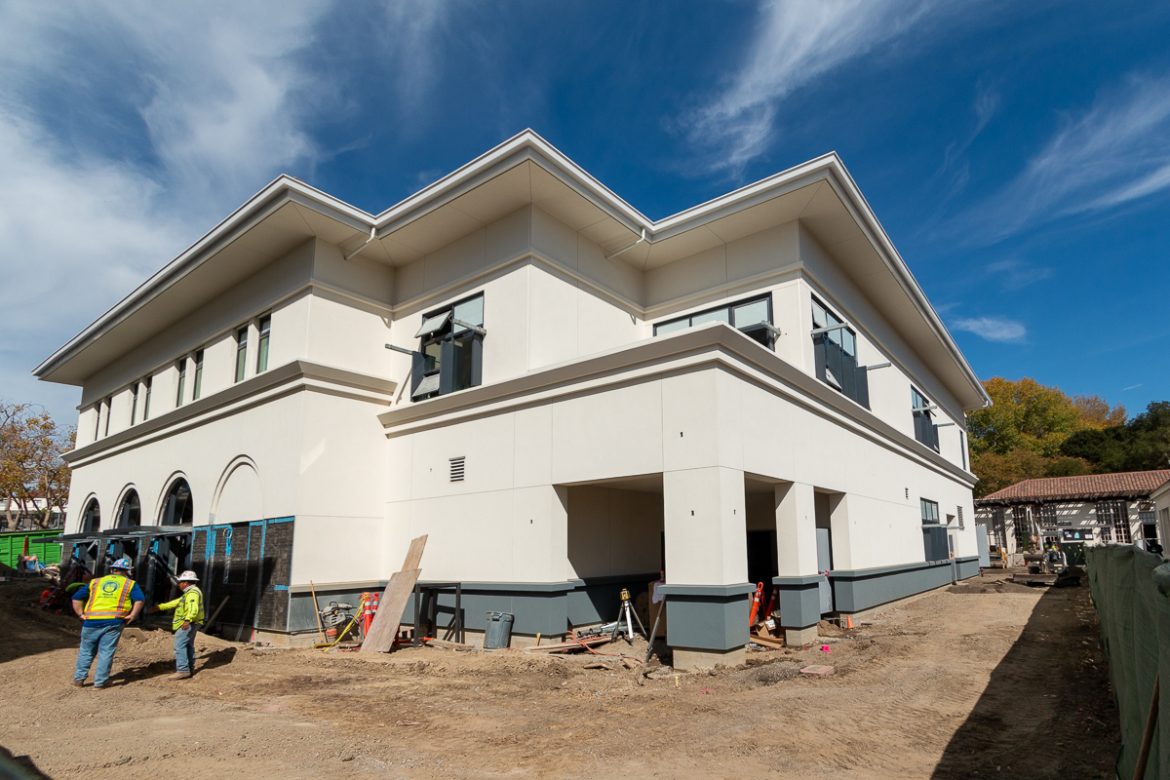 The scaffolding has come down and workers are busy putting finishing touches on the exterior of the new theater, but performing arts fans may have to wait longer than expected to see a show in the new space.

In response to an Exedra inquiry, PUSD’s Director of Communications Brian Killgore says the district still expects to receive a “certificate of occupancy” from the state in November — meaning the building complies with the codes and regulations governing school construction and life safety systems are in place — but when the school community is able to put the theater and stage itself to use remains TBD.

The hold-up is due to a pandemic-related global supply chain disruption — key theater components have been “in transit” for some time, likely still sitting on a cargo ship somewhere between Vietnam and the fabrication plant in Syracuse, New York.

“The most important equipment we are waiting on is the rigging system for the theater,” Killgore said. “The district’s contractor entered into a contract with Wenger, one of the few theatrical rigging vendors in the country. The Wenger rigging system includes 13 battens with hoist motors. Once the motorized battens are configured and installed, more than 100 theatrical light fixtures will be attached to the battens along with the orchestra shell and stage drapes. Wenger fabricated the hoist motors in Vietnam, and both fabrication and shipping were delayed by COVID-19. The motors were due to be delivered to Wenger’s manufacturing plant in Syracuse, NY, six months ago, but the motors remain in transit with no confirmed delivery date.”

Killgore says it’s too soon to say if there will be a financial impact due to the delay. In the meantime, theater patrons will have to wait a bit more for a grand opening.