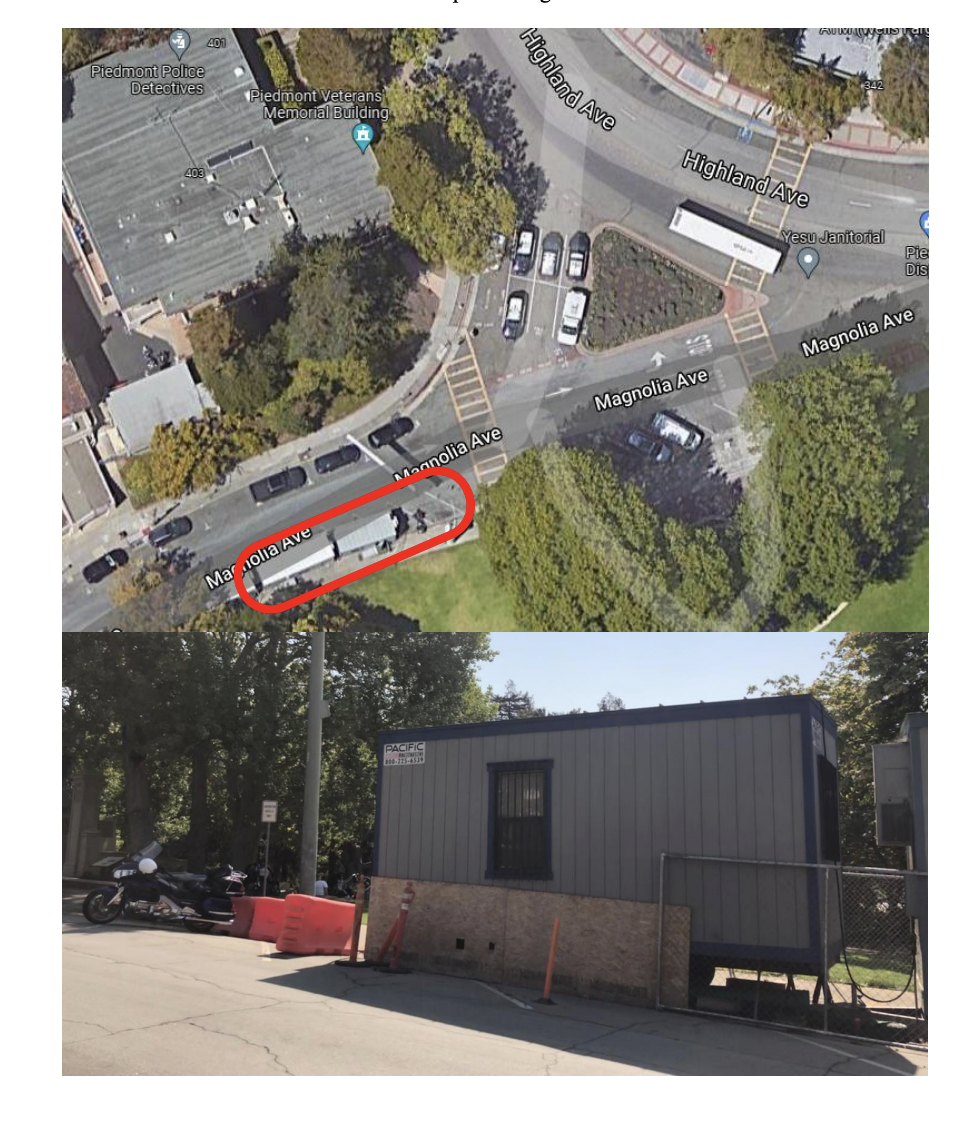 Area where four EV chargers will be installed on Magnolia Ave

The 4-0 council vote for an agreement with the nonprofit public agency East Bay Community Energy to install the chargers at that location came about four months after the council passed on an earlier, similar plan to install four chargers on slanted parking spaces on Bonita Avenue, near Vista Avenue, about a block from the Magnolia spaces.

Two key unresolved points at that time were whether the spaces on Bonita Avenue were the best place for the charging stations, given competing use by school district employees, city employees and future community swimming pool users and related time pressures, and how police would enforce parking rules for vehicles using those Bonita spaces.

The new agreement calls for vehicles that don’t vacate these spaces after the allotted 90-minute period be assessed a “time-based” fee that increases the longer the vehicle remains in that EV charger space.

A city staff report says that, based on observations from Piedmont Police Department night shift officers, few vehicles use the on-street parking spaces on this portion of Magnolia Avenue at night.

In January, the Alameda County Transportation Commission approved EBCE’s application for $120,000 in Transportation Fund for Clean Air grant funding to partially pay for the installation of the proposed EV fast chargers in Piedmont; EBCE will spend up to $186,660 to install the four chargers. The City Council’s action Monday night included setting aside up to $75,000 in case chargers’ cost goes above the $306,660 committed by EBCE.

EBCE will maintain and operate the EV “fast chargers” for at least 10 years. Under terms of the EBCE/Transportation Fund for Clean Air grant agreement, construction of the chargers must start by April 30, 2022 and they must be operational by July 1. Individual users of the chargers’ electricity will pay EBCE.

Council members on Monday said 40 to 50 percent of greenhouse gases emitted in Piedmont come from internal-combustion vehicles. And currently, they said, 11 percent of the vehicles registered to Piedmont owners are electric. City Councilwoman Conna McCarthy said most Piedmont residents support installing EV chargers in the Civic Center area, and Piedmont Director of Planning and Building Kevin Jackson said 80 percent of vehicle owners in the city support installation of local fast-chargers.

Councilwoman Betsy Smegal Andersen said Magnolia Avenue is a more visible spot for installation of these chargers, which she hopes will have an impact. “As a community, we’re making a big statement with that,”  she said.