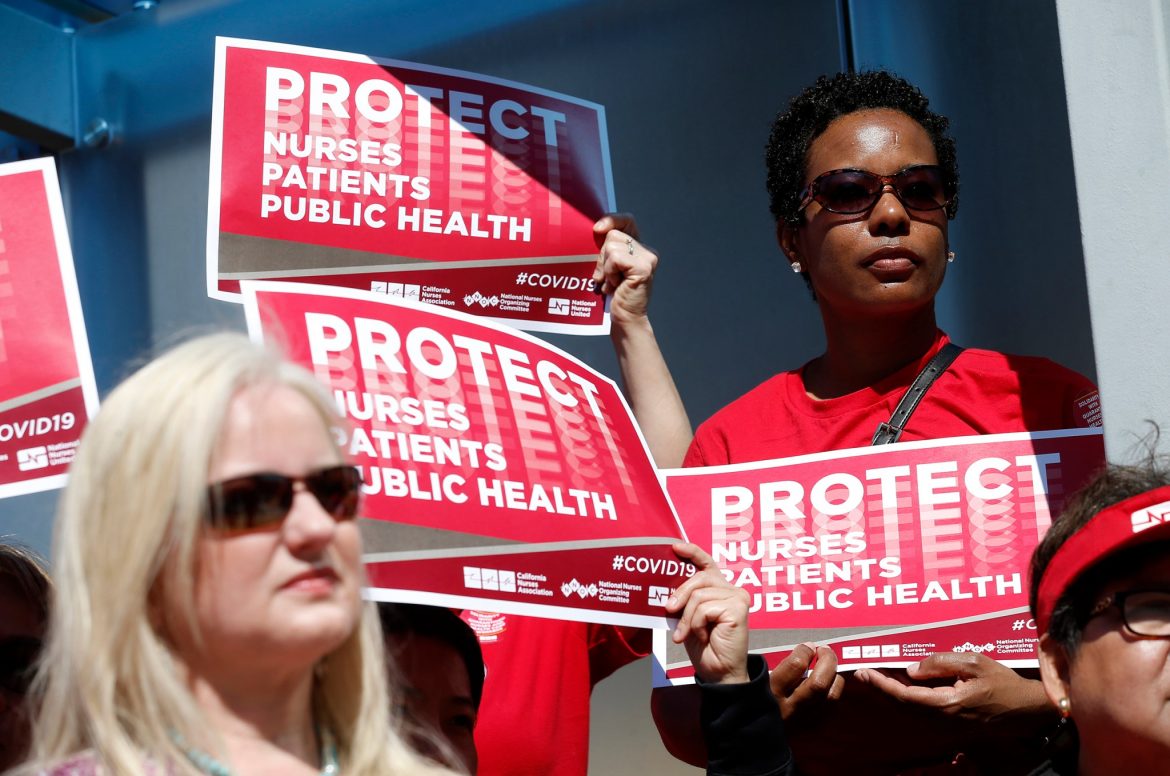 This week, nearly a third of California hospitals reported critical staffing shortages to the federal government as thousands of exhausted workers walked off the job and onto the picket line, CalMatters’ Kristen Hwang reports. Their primary grievance? Inadequate staffing levels.

Today, California’s requirement that teachers be vaccinated or tested weekly goes into effect. Some educators who oppose the mandate are planning to participate in a nationwide walkout on Monday, forcing some campuses —including Oak Run Elementary in Shasta County — to close.

Los Angeles Unified, the state’s largest school district, is also running up against its own deadline: It will not allow employees to return to campus on Monday if they don’t receive at least one vaccine dose by today. But thousands of educators have yet to get the shot — and the district already has thousands of existing vacancies.

Also Monday, film and TV production could come to a halt across the country if the union representing Hollywood crews doesn’t reach an agreement with the producers’ alliance.

But the state prison guards’ union — which, with the backing of Gov. Gavin Newsom, is challenging a federal judge’s order mandating vaccines for prison employees — got another reprieve Thursday, when a superior court judge temporarily blocked a state vaccine mandate for correctional officers working in or near prison health care settings.

Meanwhile, federal data released Thursday shows that for the week ending Oct. 9, California accounted for more than 27% of new unemployment claims filed nationally. More than 67,000 Californians filed new jobless claims — an increase of more than 3,000 from the week before.

California has administered 50,896,327 vaccine doses, and 71.7% of eligible Californians are fully vaccinated.