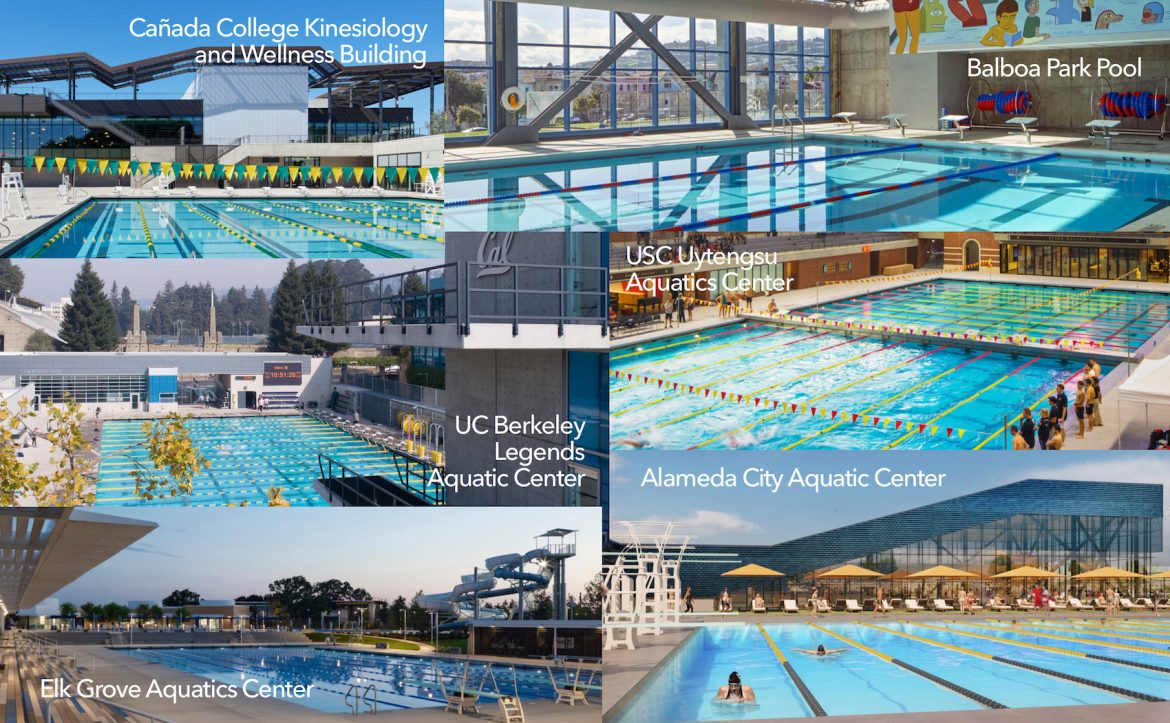 The firm has a long history of designing civic aquatic, recreation, and community spaces

The City Council on Monday selected a Berkeley-based firm as lead architect for the new city aquatic complex that will replace the crumbling old community pool.

ELS Architecture and Urban Design was chosen over seven other firms which had sought to be the lead architect for the $19.5 million pool project, which city leaders hope will be finished in mid-2024.

In response to calls reiterated again Monday night — and part of the pool planning process’s fundamental guideposts — Clarence Mamuyac, president and CEO of ELS Architecture and Urban Design and a Piedmont resident, said he will oversee an architectural process for a facility that is as “net zero emissions” as humanly possible.

“It will be a very planet-friendly building,” Mamuyac told the council on Monday. “You’re preaching to the choir here.”

Councilwoman Conna McCarthy said net zero emissions is a goal shared by the entire council, and that support is there for making the pool project as environmentally sound as possible.

Mamuyac also said he expects his firm will be able to use much of the information gathered from a 2016 pool study to help inform the new planning.

Nonetheless, public commenters on Monday night spoke up to say the swimming pool would likely continue to be the largest single emitter of greenhouse gases in Piedmont, in large measure because of energy used to heat the water. Former City Councilman Garrett Keating said he hopes ELS’s solutions to these issues can be an example to the city’s 4,000 homeowners as to how private residences can be made more environmentally friendly, in keeping with the city’s Climate Action Plan.

In response to a question from Councilwoman Jen Cavenaugh about public engagement, Mamuyac said there will be three workshop sessions to hear comments from the public about any aspect of the design process. The scheduled hearings are Nov. 2 (gallery walk and open house), Nov. 16 (presentation of two or three general development concepts) and Dec. 14 (discussion of a “consensus direction” for the pool project). All meetings will take place at the Veterans Memorial Building. Learn more HERE.

In a Tuesday press release, the city said a number of factors played into their decision to select ELS over two finalists: the depth of ELS’s team, and the firm’s long history of designing civic aquatic, recreation, and community spaces; its thoughtful and robust approach to community engagement in the design process; as well its relevant experience and commitment to sustainability. It also noted that ELS has designed civic projects including the Elk Grove Aquatic Center, Balboa Park Pool, the East Oakland Sports Center, the Morgan Hill Aquatics Center, the Dolores Bengston Aquatic Center for the City of Pleasanton, and the Berkeley High School Natatorium. The firm has also designed competition venues for the University of California at Berkeley, Stanford University, and the University of Southern California.

The official hiring of ELS was the latest major step in the long process to get a new city swimming pool in Piedmont. The whole process was made possible by voters’ approval in November 2020 of Measure UU, which  allows the city to borrow up to $19.5 million from the sale of general obligation bonds to replace the city’s 54-year-old pool, now falling apart. The City Council in August formally authorized borrowing up to that amount via such bonds.

Two months earlier, the City Council hired an Irvine-based firm, Griffin Structures, to be the project manager for pool construction. The major milestones for construction of the new swimming pool, council members noted Monday night, are passing one by one.

“It’s happening,” Cavenaugh said. “I can feel it.”