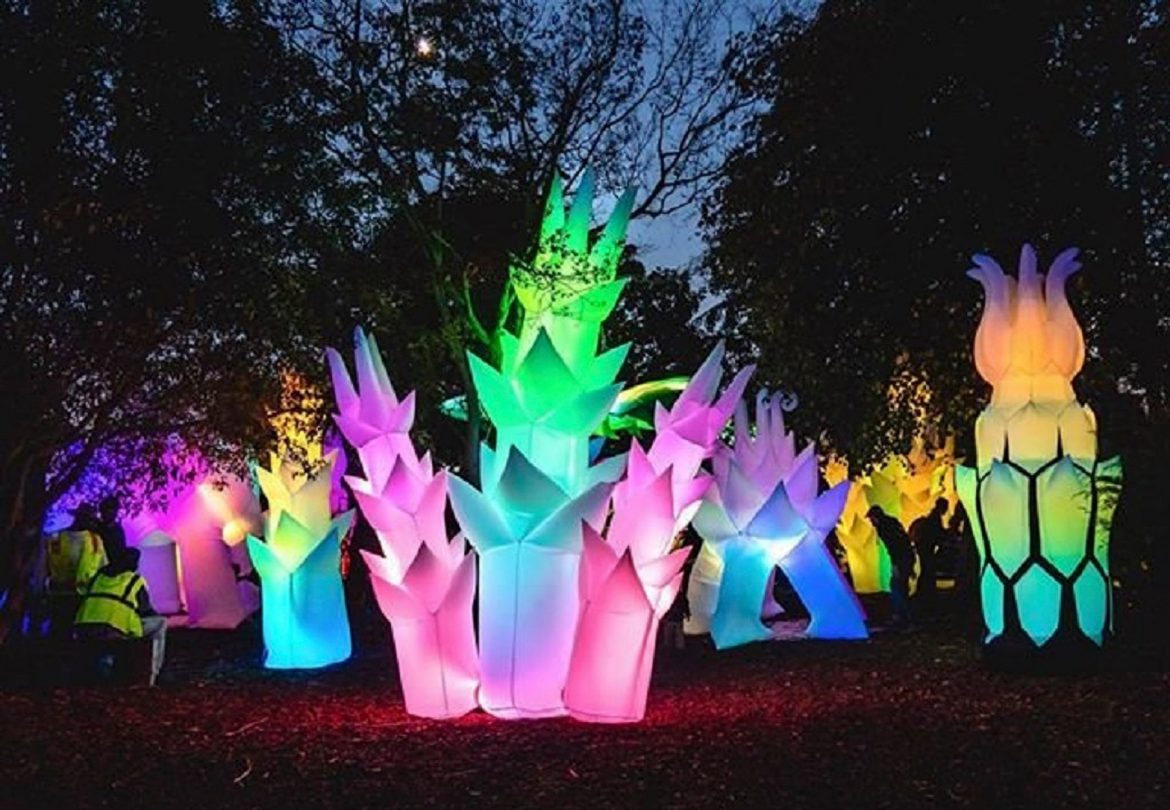 A bold break-in: In a theatrical arts repertoire that is somewhat short on tales of heroic damsels rushing to the rescue of their guy darlings in distress, Beethoven’s singular dramatic opera “Fidelio” is a remarkable standout. Set in an 18th century Spanish prison when it premiered in 1805, but reimagined for San Francisco Opera by director Matthew Ozawa (son of a father born in a Japanese internment camp) as taking place in a modern detention center, the opera revolves around Leonore, who disguises herself as a man named Fidelio to infiltrate the premises and find her husband Florestan, wrongly incarcerated for his politics.

The music, from Beethoven’s only opera, contains two powerful choral pieces, and its theme of triumph over evil presages the work the composer was soon thereafter to turn in for his famed Ninth Symphony. Soprano Elza van den Heever stars as the courageous Leonore/Fidelio; tenor Russell Thomas sings the role of Florestan; and renowned bass-baritone Greer Grimsley provides the heft and the malevolence as the couple’s entrenched enemy Pizarro. The new production, conducted by incoming music director Eun Sun Kim, debuts in War Memorial Opera House at 7:30 p.m. Thursday, with five repeats through Oct. 30.

Tickets for in-person performances (proof of vaccination and face masks required), $26-$398, are available at (415) 864-3330 and at sfopera.com. However, the production will be offered for digital remote viewing for the Oct. 14, 17 and 20 dates, with tickets priced at $25. In keeping with the themes of the opera, the lobby of the Opera House will present an exhibition of artworks by inmates of San Quentin State Prison throughout the run.

Phil Baroque is back!: Richard Egarr, newly appointed in 2020 to replace longtime music director Nicholas McGegan at the helm of the Bay Area’s internationally renowned early music ensemble the Philharmonia Baroque Orchestra and Chorale, has yet to take the podium here for a public performance. That changes as of 8 p.m. Thursday at the Herbst Theatre in San Francisco, when Egarr and company open the company’s 2021-’22 season with “Schumann’s Reawakened Masterpieces,” the first of four concerts devoted to 19th century composer Robert Schumann’s music.

Violinist Shunske Sato, a Netherlands resident who serves as leader and concertmaster of the Netherlands Bach Society and concertmaster of Concerto Koln, will be on hand as guest soloist for the composer’s Concerto for Violin in D minor. Schumann’s Symphony No. 2 in C Major is the other anchor weight of the program, which opens with Bach’s Fuga a 3 Soggetto, “Unfinished Fugue” from “The Art of Fugue.”

Slimmer ‘Superstar’: It was dubbed “The Brown Album” because of its now-iconic cover, and it featured a bunch of rock songs with a Broadway feel all dealing with the final days of Jesus Christ’s life. The musicians were largely unknown in the pop/rock world, although the guy who sang the part of Jesus, Ian Gillan, would soon gain fame as the lead singer of Deep Purple.

Then there was the title — “Jesus Christ Superstar.” Was that some kind of smart-ass joke? The 1970 double album created by Andrew Lloyd Webber and Tim Rice caught the music world by surprise and while some — such the BBC in England — refused to play it, songs like the title track, “I Don’t How to Love Him” and “Gethsemane (I Only Want to Say)” caught on in America and “Superstar” wound up No. 1 on Billboard’s album chart, eventually racking up more than 7 million copies sold.

Perhaps even more important, the album gave Webber and Rice the backing they needed to do what they had wanted to do in the first place — make a stage musical. The stage project had floundered because producers, theater owners and pretty much everyone not named Webber or Rice thought it was a horrible idea. But the show, which debuted in 1971, turned out to be a huge hit both in London and Broadway, which is why, 50 years later, a special anniversary production of “Jesus Christ Superstar” is on tour and now playing at San Francisco’s Golden Gate Theatre.

This version, created in 2016 and directed by Timothy Sheader, features a stripped-down production that is described as almost a cross between a stage show and a concert and is meant to highlight the music from the album that made it all possible in the first place. The show runs through Nov. 7 at the Golden Gate, at Taylor and Market streets. Proof of vaccination is required, and masks are required inside. Tickets are $56-$256 (subject to change); contact (888) 746-1799 or www.broadwaysf.com.

Trolley Dances return: The annual San Francisco Trolley Dances are back this weekend, ready to make a Muni ride more fun than it normally has any right to be. Here’s how it works: Grab a designated Muni route on Saturday or Sunday and on certain stops, dancers perform 6-10 minute mini-performances for you, designed to correspond to that neighborhood’s history, architecture and more. And it’s all free.

The dances are offered five times each day on rides that traverse the East Cut, Rincon Hill and Castro neighborhoods (Muni lines T, K, L, M and F). The event is presented each year by San Francisco’s Epiphany Dance Theater and also features performers from such companies as Babatunji & Charmaine, Joe Landini & Dancers, La Mezcla, Parangal Dance Company and Rising Rhythm. The full tour takes about two hours, and for the first time, you can take a half-tour as well. Registration is required.

Autumn Lights shine in Oakland: The Gardens at Lake Merritt in Oakland are pretty darned beautiful all year round, but they take on a special grandeur during the annual Autumn Lights Festival, which returns for its 10th anniversary this week. The event finds the 7-acre gardens area festooned with 50-60 illuminated art works by local artists, which glow and sparkle as you tour the grounds.

Organizers say some of the works this year will reflect (no pun intended) on the pandemic and related issues, as well as how the arts can lift us all above pain and hardship. But mainly, it is just a cool and dazzling experience. The event, a fundraiser for the Friends of the Gardens at Lake Merritt, runs 6-11 p.m. Thursday through Saturday, and getting tickets in advance is heartily recommended because the event often sells out.

The event starts at the Lakeside Park entrance on Bellevue Avenue off Grand. A proof of vaccination or negative COVID test is required for entry. Masks are required for everyone age 2 and older while traveling along the event footpath. The event includes a kids fun zone, an art market and food trucks and a food court. Tickets are $10-$25. Go to gardensatlakemerritt.org.