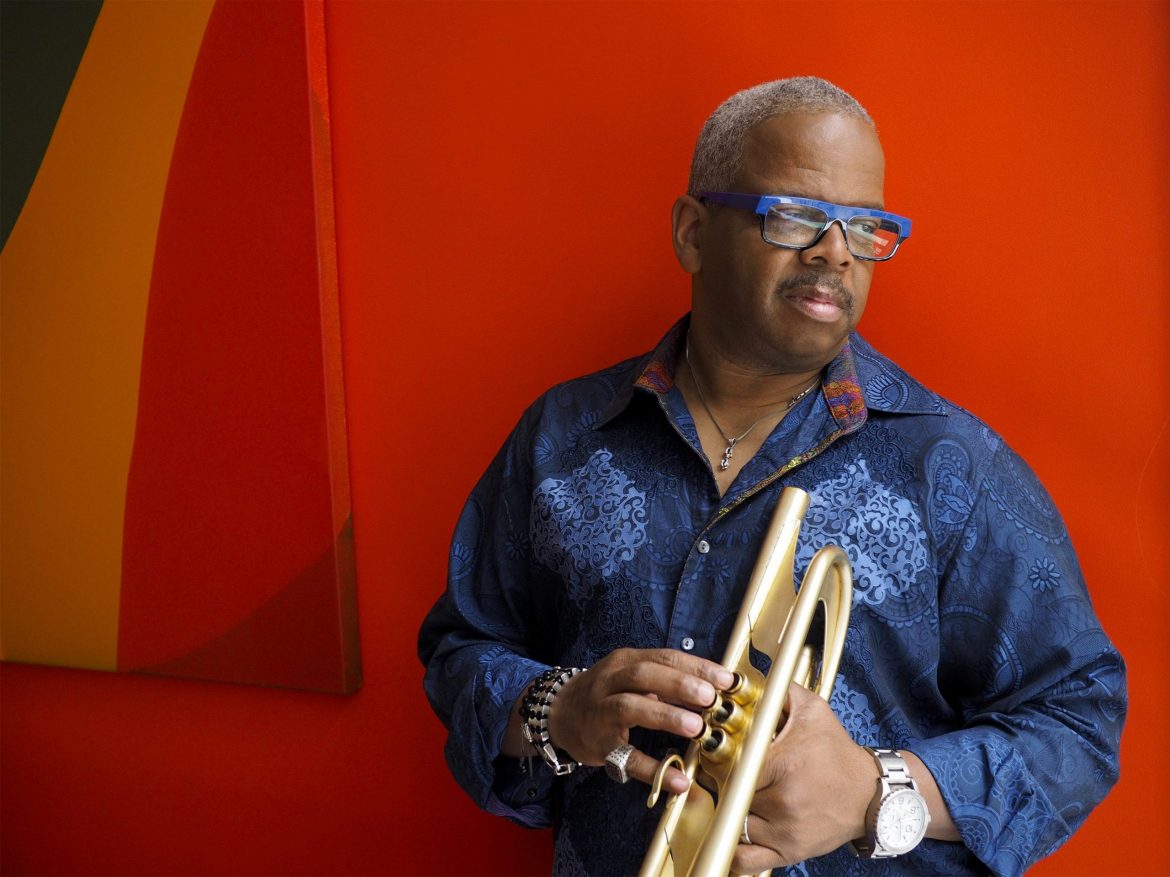 A welcome renewal: New Century Chamber Orchestra, the Bay Area’s renowned all-string ensemble, is launching its 2021-’22 season with the first live performances it has mounted in more than a year and a half. Dubbing their programs, logically enough, “New Century Returns,” the conductorless group, with British violinist Daniel Hope as music director, will present the U.S. premiere of contemporary British composer Mark-Anthony Turnage’s “Lament,” first at 7:30 p.m. Thursday in Berkeley’s First Congregational Church, with Hope featured as soloist.

Other works on the program are the Concertino for Violin and Strings by Polish composer Mieczyslaw Weinberg and Czech composer/violinist Josef Suk’s well-known Serenade for Strings, one of his more upbeat works.

The season opener spreads throughout the Bay Area, with repeat performances at 7:30 p.m. Friday in Palo Alto’s First United Methodist Church, 7:30 p.m. Saturday at the Herbst Theatre in San Francisco and 3 p.m. Sunday at St. Stephen’s Episcopal Church in Belvedere-Tiburon. Tickets, $30-$67.50, are available at cityboxoffice.com or (415) 392-4400.

An audio stream of the program, $30, is also available at City Box Office and will be made available one week after the final performance for a total of 30 days. The audio stream will also be accessible at no extra charge for the live-performance ticket holders, who must show proof of vaccination and wear masks to attend. Find more information at www.ncco.org.

Let us revel in their rivalry: Playwright Peter Shaffer and film director Milos Forman were far from the first creative types to focus on the poisonous enmity the composer Antonio Salieri felt for that young upstart genius named Mozart in their 1984 Academy Award-winning movie “Amadeus.” Russian composer Nikolai Rimsky-Korsakov honed in on the fractious pair nearly nine decades earlier in his 1898 opera “Mozart and Salieri,” with a libretto he took almost verbatim from an 1830 verse drama by Alexander Pushkin.

Now Opera San Jose is grabbing the opportunity to present this one-act work for the opening of the company’s 2021-’22 season, with a streaming production that will start airing at 6 p.m. Thursday, followed by a virtual cast party at 8 p.m. Baritone Sidney Outlaw sings the role of the venomous Salieri, while fellow baritone Simon Barrad counters him as Mozart. California Symphony’s music director Donato Cabrera, who has been at the podium for San Francisco Opera, the San Francisco Symphony and the San Francisco Ballet, makes his Opera San Jose debut conducting.

Hardly strictly silent: Normally the first weekend in October is when tens of thousands of music fans flock to San Francisco’s Golden Gate Park to see some of the top Americana, soul, gospel, country, roots rock and R&B acts on the planet perform for three days for abso-freaking-lutely free. So it is with some serious melancholy that we Bay Areans deal with the fact that for the second year in a row, the Hardly Strictly Bluegrass festival has canceled live performances because of the pandemic.

But while the live shows are gone, the music isn’t. Much like they did last year, organizers have put together three days of livestreamed performances, many of which are exclusive to the festival, collectively titled “Come What May — Hardly Strictly Everywhere.” The music starts streaming shortly after 1 p.m. Friday, Saturday and Sunday, with a lineup featuring many of the same favorites HSB regulars have enjoyed at the festival for years. Friday serves up the Afro-Mex L.A. band Las Cafeteras (2:45 p.m.), New Orleans trumpeter Terence Blanchard with the E-Collective and the Turtle Island Quartet (3:40 p.m.), Bay Area roots rocker Jackie Greene with Mother Hips front man Tim Bluhm (5:20 p.m.) and the fabulous multi-genre band Lake Street Dive (7:45 p.m.). Saturday brings the acclaimed guitarist Marc Ribot and his band Ceramic Dog (2:45 p.m.), the harmony-heaven Rainbow Girls with singer-songwriter John Craigie (5:20 p.m.), activist, feminist and folk icon Ani DiFranco with the Hardly Strictly Lesbian Band (7:05 p.m.) and the legendary Steve Earle (7:45 p.m.). Sunday offers the Americana band Dustbowl Revival (2:45 p.m., and they are also booked for a live show at the Freight & Salvage on Oct. 24), soul icon Mavis Staples (6 p.m.) and revered folk singer-songwriter Emmylou Harris (7:45 p.m.)

A chat with a literary giant: San Francisco’s Museum of the African Diaspora is getting set to reopen from the pandemic on Oct. 20 with a full slate of new exhibitions and events. In the meantime, it is continuing to serve up the sort of compelling streaming content it has featured on its website since COVID closed museums and arts venues around the globe.

A case in point comes this week when MoAD’s website hosts an online interview with Wole Soyinka, the famed poet, novelist, essayist, activist and frequent thorn in the side of the Nigerian government. Soyinka, the first African to win the Nobel Prize for Literature (in 1986), this week published his first novel in nearly 50 years, “Chronicles From the Land of the Happiest People on Earth,” which reviews describe as part satire, part murder mystery and part political treastise on one his favorite topics — the terrible toll that corruption and tyranny exact on freedom. He has long railed against colonialism and imperialism as well as dictators around the globe and has been jailed twice in his homeland of Nigeria for criticizing the government.

Soyinka, who famously destroyed his American green card after Donald Trump was elected president, should have plenty of interesting things to say when he is interviewed at noon Thursday as part of MoAD’s “Conversations Across the Diaspora” interview series hosted by Nigerian-born author Sarah Ladipo Manyika. Access is on a pay-what-you-can basis, but it is necessary to register in advance at moadsf.org. Meanwhile, “Chronicles From the Land of the Happiest People on Earth” will be the subject of MoAD’s online African Book Club Zoom gathering at 5 p.m. Oct. 24. Access is likewise pay-what-you-can, and registration is at the same museum website.

Brandi’s back: Anyone who was at the opening night of Napa’s BottleRock festival on Sept. 3 had a chance to see history being made when an inspired bit of 11th-hour programming to replace an ailing performer resulted in just the second live performance ever by the Highwomen, the alt-country supergroup consisting of Brittney Spencer, Maren Morris, Brandi Carlile and Natalie Hemby. The quartet (then featuring Amanda Shires instead of Spencer) released one eponymous album in 2019 — a sublime recording that you can check out on several streaming platforms — and, for a variety of reasons, has hardly been heard from since.

So the brief reunion was a big deal at the festival and on social media. We can’t guarantee the same kind of magic will occur this weekend when Carlile returns to the Bay Area for a solo show at Stanford University’s Frost Amphitheater. But we can tell you the singer-songwriter is a terrific artist on her own, blessed with a knack for penning tuneful and insightful songs as well as a versatile and evocative voice that can take on rock, pop and country with equal conviction. Her six albums so far have produced 11 Grammy nominations, and she is releasing a new album, “In These Silent Days,” this week.

Carlile performs at 6:30 p.m. Friday at Frost Amphitheater, in a general admission show presented by Stanford Live. Tickets are $69.95-$109.95, and a proof of vaccination or negative COVID test are required for entry. More information is at live.stanford.edu though you will be redirected to the website of concert promoter AXS to purchase the tickets.