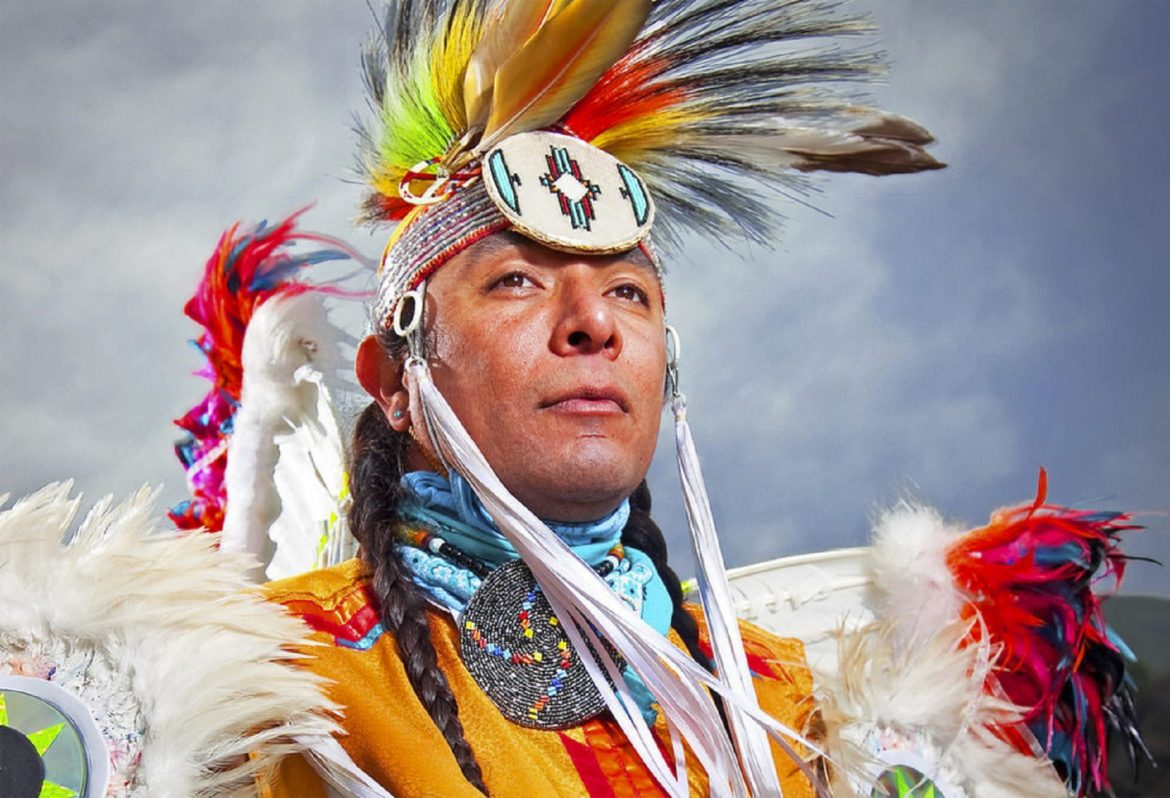 Bay Area Native American dancer and teacher Eddie Madril is among the performers who appear in a movie version of the Ethnic Dance Festival. (Photo courtesy World Arts West)

The big 3-O: There will be a veritable cavalcade of vocal talent onstage as Livermore Valley Opera opens its 30th anniversary season this weekend with “Celebrate! An Extraordinary Evening of Popular Opera Ensembles,” a live, orchestra-supported concert featuring exactly that.

Proof of vaccination is required to attend. An opening night reception and dinner will be held beginning at 5 p.m. Saturday at Uncle Yu’s at the Vineyard restaurant, 39 S. Livermore Ave., with tickets priced at $95. Call the Bankhead box office at (925) 373-6800 to reserve.

A literary twofer: A pair of powerhouse novelists on a single digital screen — that’s the treat in store for readers who admire both lawyer-turned-thriller writer John Grisham and “A Gentleman in Moscow” and “Rules of Civility” author Amor Towles.

They will be appearing at a “Live at Home” session sponsored by Rakestraw Books of Danville at 6 p.m. Thursday, and the topic under discussion will be Towles’ new book, “The Lincoln Highway,” published just this week by Viking.

The novel is set in 1950s America, where an 18-year-old boy just released from juvenile detention in Nebraska tries to take his 8-year-old brother to start a new life in California, but is waylaid by two work-farm escapees and hustled off to New York City instead.

A single-person ticket to the virtual event is $32.63 and includes a copy of “The Lincoln Highway.” Access tickets at rakestrawbooks.com by clicking on “Events.”

A dance fest goes to the movies: Uncertainty over the course of the pandemic and the Bay Area’s gradual reopening has prompted World Arts West, the organizer of the beloved annual Ethnic Dance Festival, to refrain from trying to present the show live this year. But the event does return this week as a movie featuring some of the same artists and companies that make the event such an exhilarating spectacle.

So there is a lot to see and a few different ways to see it. The film has an interactive online premiere at 7 p.m. Thursday that includes exclusive presentations by performers ($25); and there are in-person film screenings 3 and 7 p.m. Saturday at Oakland’s Grand Lake Theatre and 3 and 7 p.m. Oct. 16 at the AMC Kabuki theater in San Francisco ($12-$15 each). You can also stream the film Oct. 17-21 ($15). Go to worldartswest.org for access and more information.

‘Lizard Boy’ to the rescue: If you thought it would take a superhero to reopen Bay Area theaters, you would be partly right, at least when it comes to TheatreWorks Silicon Valley. The Palo Alto company is going live with its long-delayed 51st season this week with “Lizard Boy,” an indie-folk-rock musical about a kid with green, scaly skin who evolves into a superhero while also trying to get a date. The show was created by Filipino playwright and actor Justin Huertas, who also stars.

“Lizard Boy,” was commissioned by Seattle Repertory Theatre, where it premiered in 2015, and Huertas has said its protagonist is something of a metaphorical version of himself, a guy who grew up loving superheroes and comics but who rarely saw people with his color skin getting a chance to save the world or win the girl’s (or boy’s) heart.

The low-fi, three-person show — in which the actors also play all the instruments — plays in previews Thursday and Friday, with a main run of Saturday through Oct. 31. All performances are at the Mountain View Center for the Performing Arts, 500 Castro St. in Mountain View. Proof of vaccination is required, and masks must be worn. The show will also be available for streaming during the length of its run. Besides Huertas, the cast includes Kirsten “Kiki” deLohr Helland and William A. Williams, and direction is by Brandon Ivie. Tickets are $30-$100 ($25 for streaming); go to theatreworks.org.

Microwave Shakespeare: The last time artistic director L. Peter Callender and the African-American Shakespeare Company were doing live shows, it was 2019 and the company was delivering its typically forceful and well-acted takes on such Bard classics as “Othello” and “Macbeth.” Almost two years later, the company is about to return to live shows, but with an entirely different kind of Shakespeare.

The troupe makes a rare East Bay appearance Saturday, with an outdoor performance of “The Complete Works of William Shakespeare … Abridged and Revised” at Jack London Square. “Complete Works,” created in 1981 by the Reduced Shakespeare Company and a hit on stages and theater festivals round the world, is a madcap, 97-minute summation of 37 of the Bard’s plays. It is performed by three actors, who portray some 75 characters in the process. Callender, who has appeared in all manner of Shakespeare’s works during his renowned Bay Area theater career, calls it “part Marx Brothers, part Three Stooges, part poetry and part vaudeville.”

And while the high-speed mashup of Shakespeare’s works is indeed intended for comic effect, it’s a reverential spoof. And nothing is made up — everything that happens in the show originated in a real Shakespeare play. “Complete Works” will be performed at noon Saturday at 2 Broadway St. in Oakland, and it is free. The show was supposed to be part of African-American Shakespeare’s 2020 season but, forsooth, we know what happened there.

The San Francisco company says it is preparing to perform the show in the Silicon Valley in the near future, check with its website, african-americanshakes.org, for details and updates.