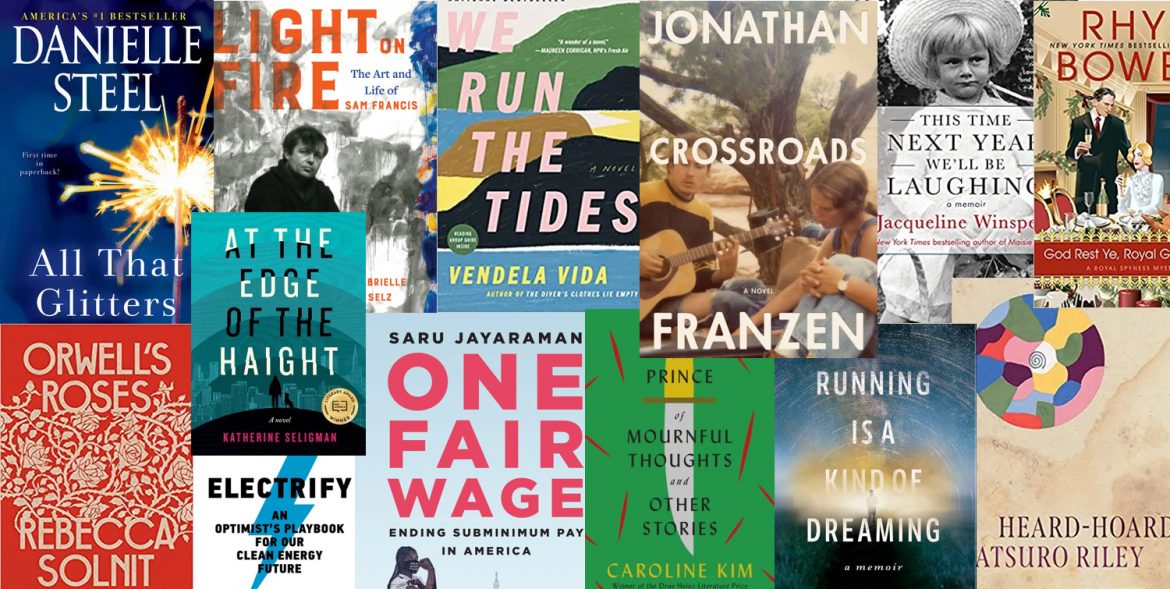 Memoir, fiction, and examinations of politics, labor, and energy feature in this month's picks.

Running Is a Kind of Dreaming : A Memoir

A memoir about a young man’s descent into madness, and how running saved his life.

Georgie is back and hanging the stockings with care when a murder interrupts her Christmas cheer in this new installment in the Royal Spyness series.

A story unfolding on a single winter day, of a Midwestern family at a pivotal moment of moral crisis.

A vivid weavework rendering and remembering an American place and its people.

An optimistic–but realistic and feasible–action plan for fighting climate change while creating new jobs and a healthier environment: electrify everything.

Light on Fire: The Art and Life of Sam Francis

An in-depth biography of Sam Francis, the legendary American abstract painter who broke all the rules in his personal and artistic life.

A exploration of roses, pleasure, and politics, and a take on George Orwell as an avid gardener whose political writing was grounded in his passion for the natural world.

An examination of how the sub-minimum wage and the tipping system exploit society’s most vulnerable workers.

The Prince of Mournful Thoughts and Other Stories

This Winner of the 2020 Drue Heinz Literature Prize explores what it means to be human through the Korean diaspora.

We Run the Tides

Female friendship, betrayal, and a mysterious disappearance set in the changing landscape of San Francisco.

A young woman must overcome tremendous adversity in her quest to find herself and achieve real happiness.

This Time Next Year We’ll Be Laughing

A deeply personal memoir of the resilience of the author’s family in the face of war and privation.

At the Edge of the Haight

Maddy Donaldo, homeless at twenty, has made a family of sorts in the dangerous spaces of San Francisco’s Golden Gate Park when she unwittingly witnesses the murder of a young homeless boy.