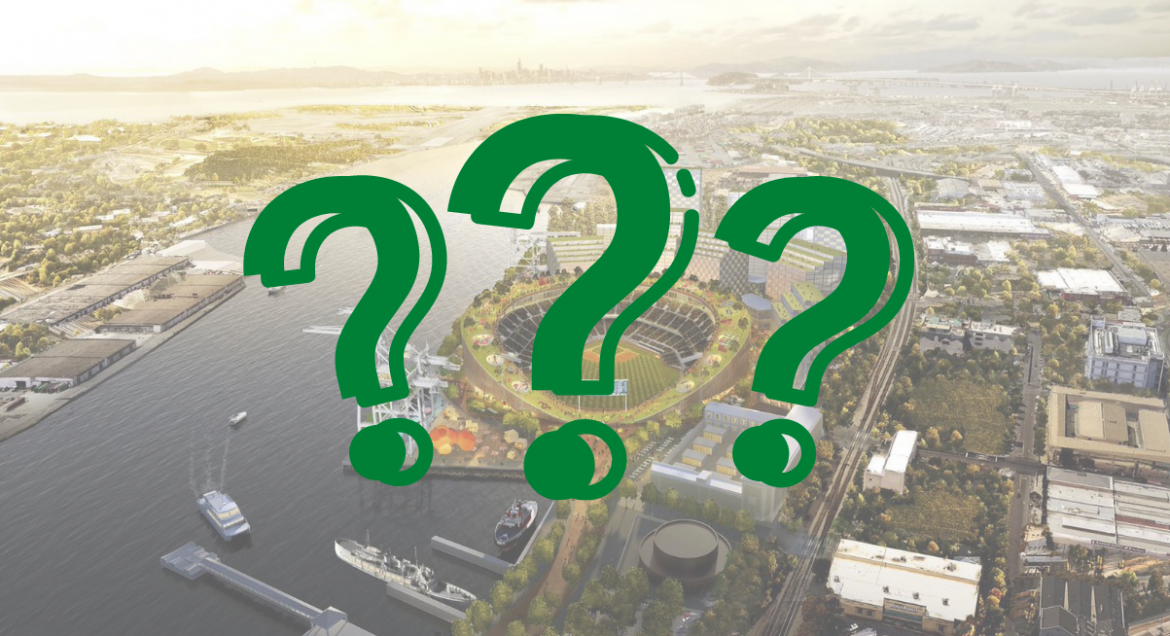 This article has been updated to reflect the results of the vote held by the board of supervisors Tuesday evening.

Oakland’s chance of keeping professional baseball in town remained alive, for now, after the Alameda County Board of Supervisors voted to participate with the city in providing public financing for a new ballpark for the Oakland A’s.

“The A’s have a long history in the city of Oakland,” Supervisor Wilma Chan said, before voting in favor of the non-binding resolution. Still, she cautioned, “we could step away from this agreement at any time we want to.”

Chan noted there were a number of conditions for her continued support of the project, including building very low income as well as low income housing.

Board of Supervisors Chair Keith Carson, the sole vote against the resolution, said he supported keeping the A’s in Oakland, “but not just at any cost.” Carson expressed frustration at the city of Oakland’s handling of the project negotiations and planning for a future terminal.

“There is a long laundry list of unknowns,” Carson said during Tuesday’s meeting.

“Once we take a political non-binding position, it’s almost impossible for us to take that back,” he said before the roll call for the resolution. Even if the project moves ahead, “we’re really risking and taking dollars away from people who we have the responsibility to oversee,” he said.

Oakland Mayor Libby Schaaf said last week that county participation in the ballpark development is necessary for the city to move forward with it.

During the meeting, Carson questioned key assumptions used by the economic consultants hired by the city to estimate the future benefits to the county.

Schaaf was optimistic last week that the supervisors would vote and vote “yes” on the city’s “declaration of willingness,” a term she coined Tuesday afternoon when the county seemed unhappy with the city’s original wording in a resolution.

The A’s ballpark proposal includes a new baseball stadium seating about 35,000 people, about 1.8 million square feet of commercial space, a hotel with about 400 rooms, about 3,000 residential units and a performance venue seating about 3,500 people located at the Charles P. Howard Terminal at the Port of Oakland.

City officials sought a ballpark development with the A’s that was 100 percent privately financed. But have conceded that public financing is necessary.

Oakland also is planning to pay for offsite infrastructure needs if the project is built.