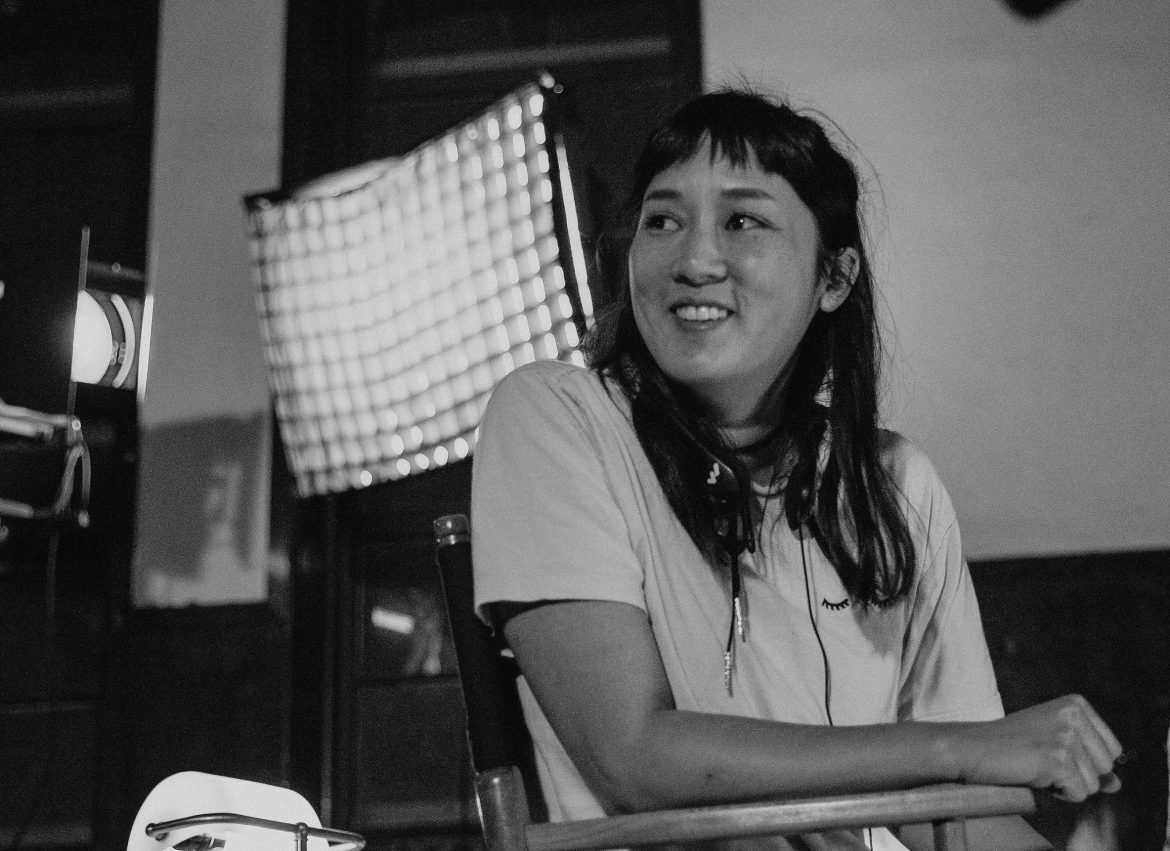 Fremont native Kate Tsang creates some special feel-good magic in her debut feature “Marvelous and the Black Hole,” available through Sunday for online viewing as part of the Mill Valley Film Festival and also as an in-person screening experience this Saturday.

Tsang’s background of being a child of divorced parents inspired this comedy-drama that’s focused on a true odd couple, both of whom are nursing emotional wounds from tragedies in their family lives.

Speaking via Zoom, Tsang says the magical presence in her life was a kind grandfather who helped guide her through a rough patch when she was divided between two homes: one in Hong Kong (where her dad lived) and the other in Fremont (where her mom did).

“I felt pretty isolated and alone, moving back and forth. I also had a language barrier,” she recalls.

When her grandfather relocated to the East Bay from Hong Kong, he became even more of an important force and confidante.

“He didn’t judge me,” she recalls. “He just validated me and became the best friend I needed in that moment, and that was the seed of Sammy’s and Margot’s relationship — and how much he changed my life.”

Another influence for the writer and director were the films she loved watching: coming-of-age fantasy and horror movies such as “Edward Scissorhands” and “E.T.” But there was a glaring omission in those films.

“I never saw anybody who looked like me,” she says. “So this film also was something that I wanted to make for my younger self, something I wish I had growing up.”

Tsang says progress has been made on better representation, but there are many more gains to be made.

Getting “Marvelous and the Black Hole” up on the big screen for everyone to see took a circuitous route.

Tsang received a huge boost in getting her idea from paper to screen in 2019 when she received a $1 million grant from AT&T Presents: Untold Stories. She and producer Carolyn Mao committed to debuting the film at the 2020 Tribeca Film Festival since the fest’s Institute backed the grant. Tsang started filming in the fall of 2019.

“We were really gunning through post to make it for our February deadline for Tribeca,” Tsang says.

Then COVID-19 happened and the 2020 festival was postponed, and a shorter version emerged later.

“We didn’t even know if we were going to be able to finish the film because everything was shut down,” she recalls. “We ended up waiting and just biding our time and had a lot more time in post than we thought we would ever have.”

Then the 2021 Sundance online festival came calling and “Marvelous and the Black Hole” soon had a new place for its world premiere. The film received an enthusiastic reception from critics and audiences.

“Getting into Sundance was really this unexpected and amazing blessing,” Tsang says.

Another blessing came in the form of finding the two leads.

After looking through probably hundreds of audition tapes for the role of Sammy, the film’s casting director came up with 10 possible actors for a role that required a talent who could carry every scene.

“There were a lot of great actors who came in,” Tsang recalls. “Miya was the last audition of the day, and she just blew us away.”

Casting Margot came about from a friend who worked with Perlman and put the two together.

“With Margot, I knew we needed someone with grit. Sammy is a little tough so you need someone who is also tough to get through her that way,” Tsang says.

Fittingly, it was magic that brought Cech and Perlman together. Or rather a magic show.

“We all got to watch a show together and see how they reacted to the show and see each other’s delight,” Tsang says.

The actors also took magic classes together while Tsang separately visited the Magic Castle and took classes at that Los Angeles-based hub for magicians.

“I ended up liking it so much that a teaching assistant said, ‘Hey, maybe you should keep going,’” Tsang says.

While she might do that on the side, Tsang’s currently busy on various projects. Her previous work includes serving as a writer on the animated series Cartoon Network’s “Steven Universe” (for which she received an Emmy nomination) and HBO Max’s “Adventure Time: Distant Lands.” She also received numerous awards — including from the San Francisco International Film Festival — for her 2014 short “So You’ve Grown Attached.” Currently, she’s working on a feature about shape-shifting monsters, and awaiting hopeful news about “Marvelous” receiving distribution.

Tsang is enjoying seeing her film go through the festival circuit because she sees a need to embrace magic in our lives.

“My philosophy is I always try to find some wonder or light in the dark times, and that’s how I’ve gotten through things,” Tsang says.

Tsang, Cech and producer Carolyn Mao will be attending the 3 p.m. Saturday screening at the Smith Rafael Film Center. For tickets to that or to watch the film online, visit mvff.com/marvelous-and-the-black-hole/.