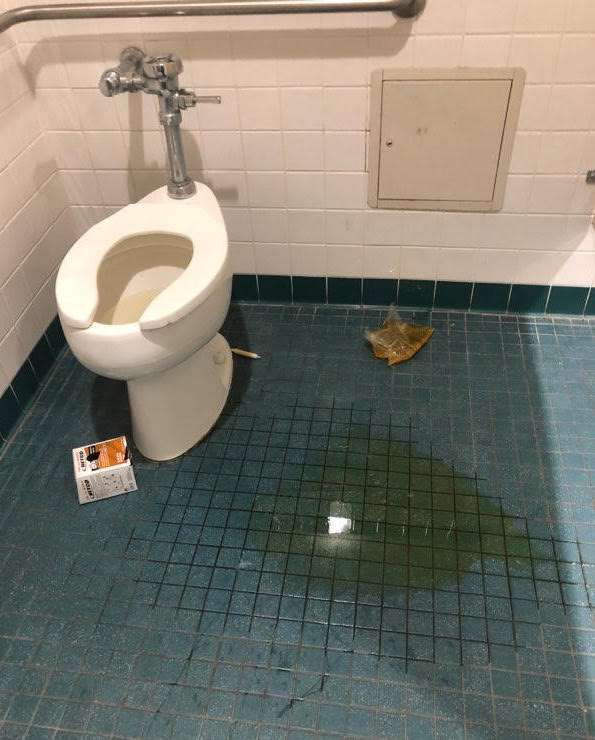 Soap dispensers were emptied or damaged at the high school and Witter field.

Soap dispensers at Piedmont High School and Witter Field were broken and thrown in the trash or onto the floor, part of what appears to be a nationally-trending school vandalism challenge on a popular social media platform in recent days.

The “Devious Licks” challenge on TikTok, in which students video themselves vandalizing and stealing school property and post it where it is “liked” by classmates, has caused damage at school sites around the country over the last several weeks. The New York Times reports that, “in the last month or so, TikTok has hosted close to 94,200 similar videos under #deviouslicks, or #diabolicallicks, according to the website Know Your Meme. The hashtag also seems to have encouraged more serious vandalism, with students taking ceiling tiles, hand-railings, toilets and bathroom stalls.” Some videos have received millions of views. Although the company has tried to delete the content or redirect the hashtags but the Times reports that thousands remain under different names.

NBC Bay Area reports that high school bathrooms in San Ramon had toilets that were intentionally clogged and soap dispensers and mirrors were torn from the walls. Some bathrooms had to be closed. A Walnut Creek middle school that had recently undergone a major renovation reported the same situation in a letter to families on Sept. 16. Sacramento area schools are reporting similar problems, according to reporting by KCRA.

PUSD’s Director of Communications Brian Killgore said that high school and middle school administrators have addressed this with students and have or will be sending messages home to families to make sure they are aware of the situation and can speak with students on their own. “This is obviously disappointing behavior that causes unnecessary expense for the school and inconvenience for students and staff. We ask the community for its assistance in speaking with their children about this problem and by encouraging them to immediately report any incidents to their teacher or principal,” he said.

Broken soap dispensers at the high school and Witter Field (from PUSD):