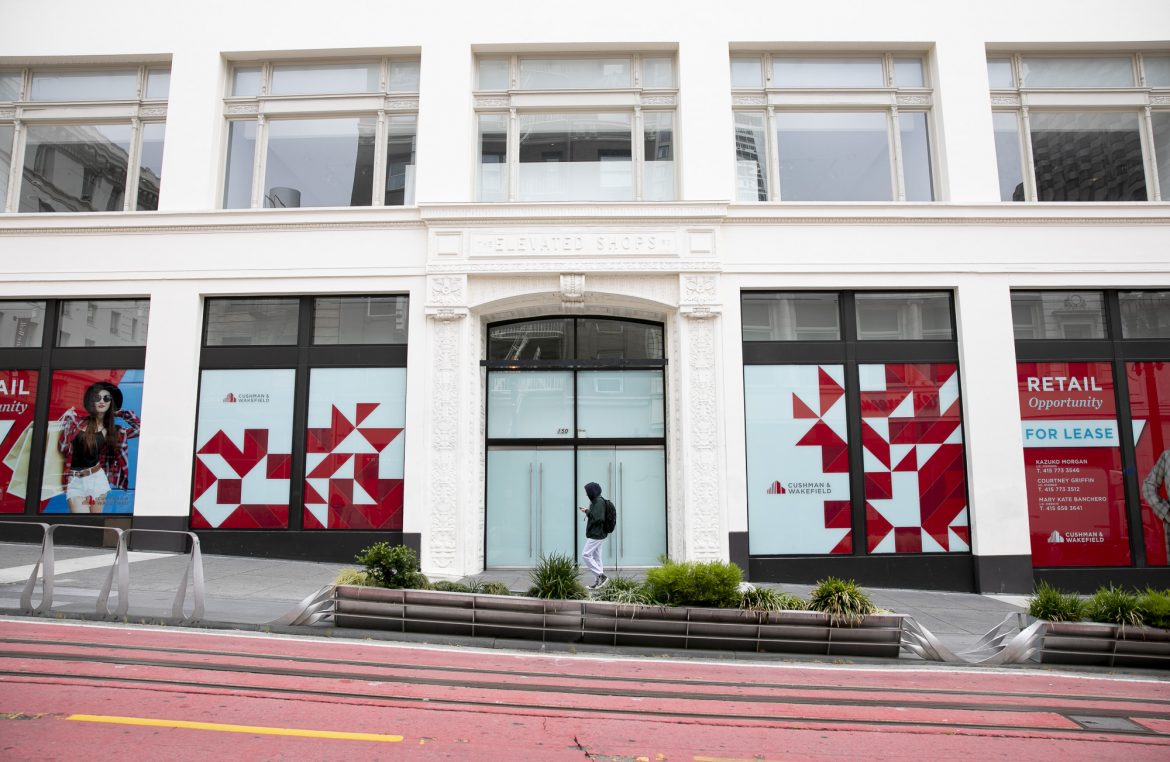 A pedestrian walks past a vacant store front on Powell Street in the Union Square shopping district in San Francisco on June 14, 2021. Photo by Anne Wernikoff, CalMatters

The numbers are irrefutable: Many Californians aren’t going back to work.

Although the Golden State created a whopping 44% of the nation’s new jobs last month, its unemployment rate remained the second-highest in the country at 7.5%, according to figures released Friday by the state Employment Development Department. That’s essentially unchanged from the 7.6% unemployment rate California notched in both July and June — and hardly different from the 7.7% rate in May, a month before the state ended most coronavirus restrictions and fully reopened its economy.

Nearly half of the 104,300 payroll jobs California added in August were government positions, a reflection of public schools desperately trying to fill teacher and substitute teacher shortages as kids return to campus. Santa Ana Unified School District, for example, is hiring so many people that its understaffed human resources department hasn’t been able to process payments quickly enough, forcing more than 100 educators to go without pay for more than a month.

Some experts had predicted that the federal government’s Sept. 4 cutoff of expanded unemployment benefits for 2.2 million Californians would prompt people to reenter the workforce, but there hasn’t been a noticeable shift so far. Around 55,000 Californians filed new jobless claims for the week ending Sept. 11, a decrease of fewer than 3,000 people from the week before, federal data show. And the Golden State lost more than 6,000 education and health services payroll jobs in August, exacerbating an already dire nurse shortage.

In a bid to attract new workers, the beloved Sacramento-area sushi restaurant Mikuni expanded benefits and hosted a job fair — but saw only three applicants. Eight of its nine locations will now close Mondays due to the staffing shortage.