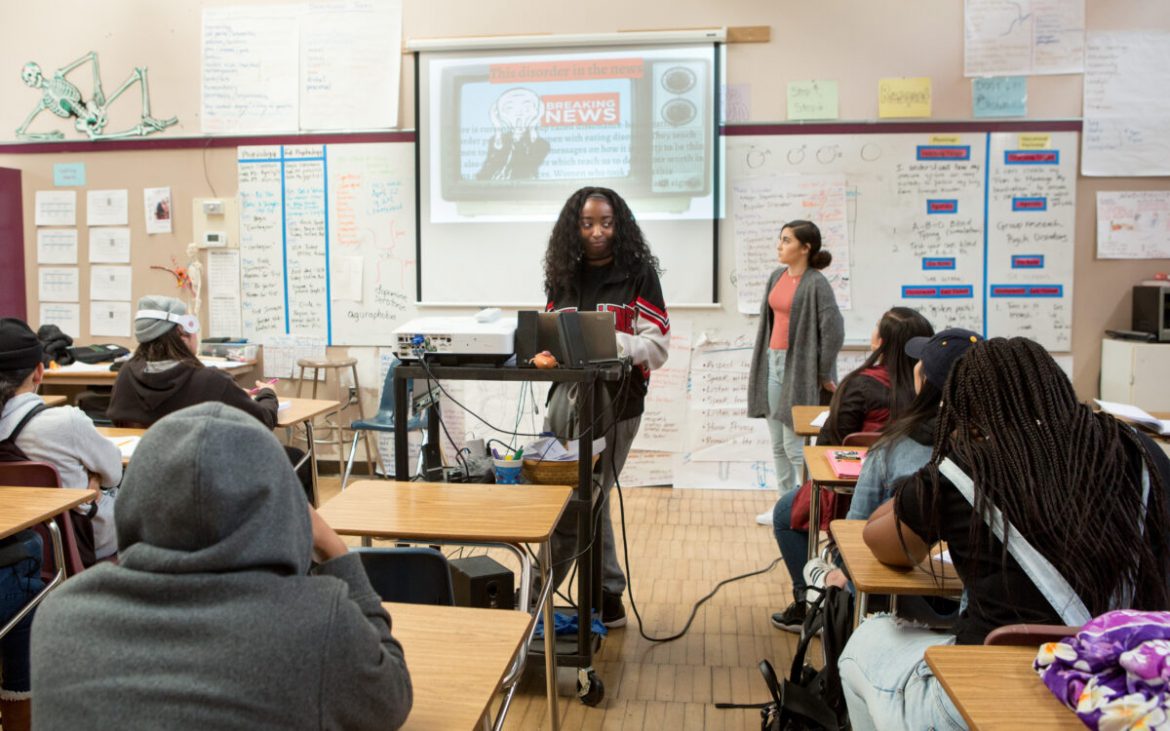 The update of an often-cited 2017 study provides the first quantitative evidence of the longer-run academic impact of ethnic studies. Not only did the strikingly large benefits from the course not fade after ninth grade, but the course produced “compelling and causally credible evidence” of the power to “change learning trajectories” of the students targeted for the study — those with below-average grades in eighth grade, said Thomas Dee, a professor at the Stanford Graduate School of Education and co-author of the research.

The course appeared to succeed in changing their expectations at an important time, when students are deciding if they belong in high school. San Francisco Unified succeeded by engaging students “critically in an honest discussion of U.S. history and creating classroom spaces where they feel a sense of belongingness and engagement,” Dee said.

Its publication coincides with a final vote later this week in the California Legislature on a bill that would require all students to take a semester course in ethnic studies as a high school graduation requirement, starting with the class of 2030. High schools would have to start offering ethnic studies by 2025-26. Assembly Bill 101, authored by Assemblyman Jose Medina, D-Riverside, is expected to pass easily. Gov. Gavin Newsom will have a month to decide whether to sign it.

Dee and the co-researchers caution, however, not to generalize the results of a study of 1,405 ninth-graders, only 13% of whom — about 180 students — took the ethnic studies course. The study was designed to measure the effect on at-risk students by comparing the results of students with grades of C or slightly below in eighth grade, who were assigned ethnic studies by default, to students with average grades of C or slightly above.

Whether the positive impact would apply to all students, especially those already thriving academically, is “an important, open question,” Dee said. Another caveat, the study noted, is that in San Francisco Unified, the ethnic studies course, developed over several years, was taught by well-trained teachers.

“It’s exciting because it’s a proof point about what this type of pedagogy can do for students, but the fact that it was a smaller-scale pilot should create some agnosticism about our capacity to replicate and scale this up,” Dee said.

The initial study, which measured the course’s impact on students in ninth grade, produced surprisingly positive results. Attendance of the students who took the course improved 21%; grade point average grew 1.4 out of 4 points, and credits earned improved 23 credits, out of 60 possible credits.

San Francisco Unified was one of the first districts to develop an ethnic studies curriculum; the study covered students who took the course between 2011-12 and 2013-14.

The state’s model ethnic studies curriculum, approved in March after two years, with multiple drafts and heated debates over what it should include, is optional; districts can pick and choose elements they like — or choose none of them. Assembly Bill 101 would not prescribe the content, although a district must offer a course that the University of California approved as meeting A-G admission criteria.

In a letter to the State Board of Education in January, three dozen professors from across the nation argued there was insufficient evidence to support assertions in the proposed model curriculum that research had found extensive benefits from ethnic studies. The evidence was overstated or unfounded, it said, and should be removed from the document.

Most of the 10-page letter was directed at the writing of Christine Sleeter, an author and emerita professor at California State University, Monterey Bay, and a strong advocate of ethnic studies. But in a section about the San Francisco Unified study, the writers criticized Dee and Penner for not including low-performing students who declined to take the ethnic studies course in their comparison. They also said the authors had glided over data showing that taking ethnic studies did not lead to improvement of students with a higher or lower GPA than the students at the center of the study.

The study summarized the themes of San Francisco’s course as “social justice, anti-racism, stereotypes, and social movements led by people of color from U.S. history spanning the late eighteenth century until the 1970s.” It stressed ties to the Third World Liberation Front, the coalition of Black, Latino and Asian student groups whose 1968 strike at San Francisco State University led to the nation’s first ethnic studies courses. The learning objectives of the course included “student knowledge of and ability to combat racism and other forms of oppression, increased student commitment to social justice, and improvement of student pride in their own identities and communities.”

Districts outside the Bay Area might steer clear of the course that promotes activism, comes across as ideological and could alienate some parents, ethnic groups and students in the class.

The study itself draws no conclusion about whether the particular course content contributed to the positive results.

What’s more essential, Dee said, is “culturally relevant” instruction that motivates and engages students. “So it’s not clear to me those mediating mechanisms require really doctrinaire, inflammatory content,” he said.

“There’s something I found impoverishing about the public debate over ethnic studies and, more recently, critical race theory,” he said. “And it’s because it has a cultural war frame” instead of focusing on “what’s going on with teaching and learning and student motivation and engagement.”