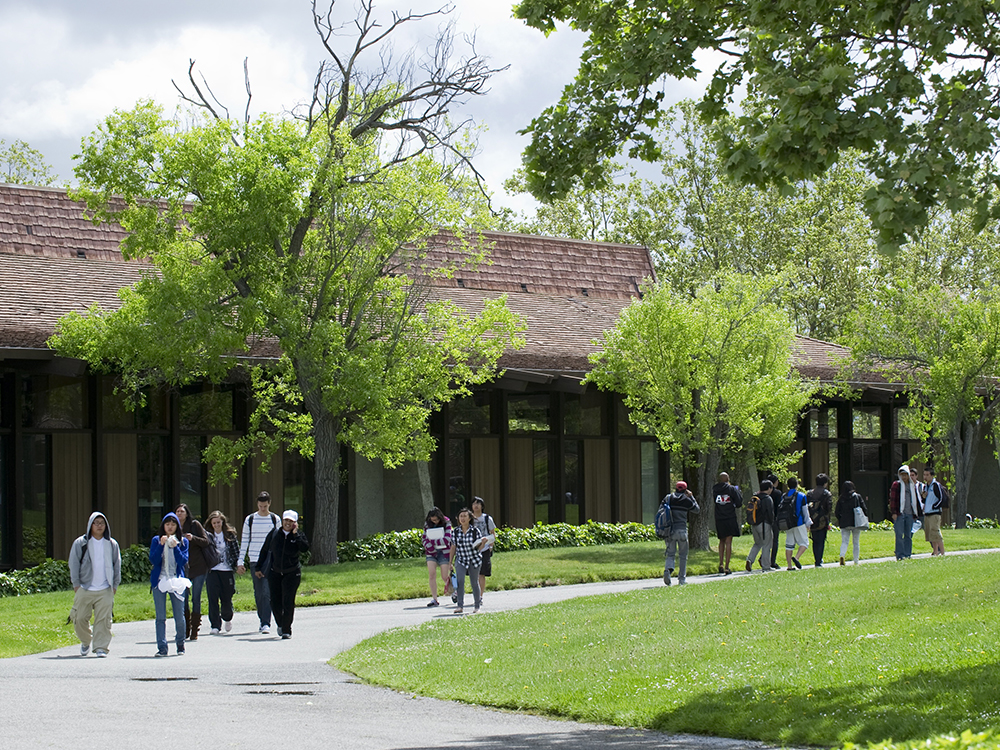 The legislation, Assembly Bill 1456, has been praised by student leaders and financial aid advocates, but the state’s Department of Finance opposes the bill, arguing that implementing it would cost too much, block aid for some students, and could motivate the state’s four-year universities to hike tuition.

In an analysis of the bill that describes its opposition, Newsom’s Department of Finance wrote that the bill would create “significant one-time and ongoing general fund costs” that aren’t included in the budget that was agreed to over the summer, “likely in the hundreds of millions of dollars annually.”

Proponents of the bill estimate it would expand Cal Grant eligibility to up to roughly 200,000 more students. The Cal Grant is the state’s main financial aid program.

Most of the students who would benefit under the bill are community college students who would no longer need a minimum GPA to receive the awards. The bill also aims to simplify the Cal Grant program. Students would begin applying for grants under the new system in fall 2023 and begin receiving them in the 2024-25 academic year.

Newsom will review the bill “on its merits” and decide by the Oct. 10 deadline whether to sign it, said a spokesman for his office on Thursday, adding that the governor doesn’t typically comment on pending legislation. The spokesman, Omar Rodriguez, also pointed out that the 2021-22 budget deal “made historic investments in financial aid and college affordability.”

When asked whether Newsom could negotiate with lawmakers over the bill, H.D. Palmer, a spokesman for the Department of Finance, said Newsom could “certainly have discussions with the Legislature on any given measure or issue.”

The department also is concerned that the bill could motivate CSU and UC to raise the cost of tuition. The bill restricts UC and CSU students to only use Cal Grants to pay for tuition and fees. Under the legislation, UC and CSU will be expected to use institutional aid to help students cover nontuition expenses.

“Relying upon institutional aid to further support non-tuition costs could create pressure for institutions to increase tuition and mandatory fees,” the department wrote in its analysis. This summer, UC’s board of regents approved a plan for annual, cohort-based tuition increases beginning in fall 2022. Under the plan, tuition will be increased for each incoming class of students but will then be frozen for the duration of their enrollment, assuming they finish college within six years.

The Finance analysis also estimates that some future students who would be eligible for Cal Grants under the current system would no longer be eligible under AB 1456, thanks to changes to income qualifications. No current recipients, however, would lose their awards.

If it is signed into law, AB 1456 would be another layer of financial aid expansion.

The bill would further loosen eligibility barriers by getting rid of GPA requirements for community college students and lowering GPA requirements for students attending a California State University or University of California campus. It would also add an automatic cost-of-living adjustment to the awards for community college students.

The current Cal Grant program has been criticized for being confusing to students. It features a number of grant types — Cal Grant A, B and C. Some awards are guaranteed while others are lottery-based. There are also a variety of eligibility requirements for the awards.

The current program is “cumbersome,” said Assemblyman Jose Medina, D-Riverside, one of the authors of AB 1456.

“It’s hard to find anybody who really understands it. To navigate it as a student, I would imagine, is very difficult. One of my goals and the goals of the bill is certainly to simplify the process,” he said.

Among the supporters of AB 1456 is the Student Senate for California Community Colleges. Jasmine Prasad, a student at Folsom Lake College near Sacramento and the vice president of legislative affairs for the Student Senate, said the legislation is crucial because it will help more community college students pay for basic needs like housing and food.

Most community college students in California pay no tuition or fees, but non tuition costs are often a barrier to staying in college. In past years, Cal Grants to help with those costs have not been guaranteed to many of those students. Hundreds of thousands of students are eligible for grants, but in past years most of those students have been forced to enter a lottery-style system to receive them.

This year’s budget deal mostly fixed that problem by eliminating age requirements that prevented older students from being guaranteed an award in the past.

“Legislators realized that students need extra resources when it comes to basic needs and that tuition doesn’t cover the full cost of college, which is what we’ve been trying to get across for years,” Prasad said.

AB 1456 allows even more students to qualify for an award thanks to the provision that community college students no longer have to meet a minimum GPA requirement, a change that Prasad said is needed. For UC and CSU students to be eligible to receive their awards, the GPA requirement would be lowered from 3.0 to 2.0.

Proponents of the bill say the elimination of a minimum GPA requirement for community college students will be a major help to older students who sometimes have trouble getting high school transcripts to prove that they meet the requirement.

“Many of our students are a decade or more out of high school, and requiring them to access records that are years or decades old is a barrier to accessing aid,” said David O’Brien, vice chancellor of government relations for the state chancellor’s office overseeing California’s 116 community colleges.

Another wrinkle of the legislation is that the award for community college students would increase along with inflation. That’s another point of contention with the Department of Finance, which said in its analysis that adding that type of cost-of-living adjustment would create annual costs of “tens of millions to hundreds of millions of dollars.”

But supporters of the bill, like O’Brien, say that component is necessary. He noted that living costs have increased while the award amounts were set in the late 1960s, costing the Cal Grant nontuition awards 70% of their value.

O’Brien pointed out that the value of the Pell Grant, the main source of federal financial aid for low-income students, has also decreased over time. The Pell Grant was first available to students in 1973 and was worth $1,400. The maximum Pell Grant is now worth more than $6,000, but because of inflation, the award’s purchasing power has nevertheless decreased significantly.

“More students than ever now have to rely on excessive loan debt, or working so many hours outside of school that they are unable to focus on their studies,” O’Brien added.