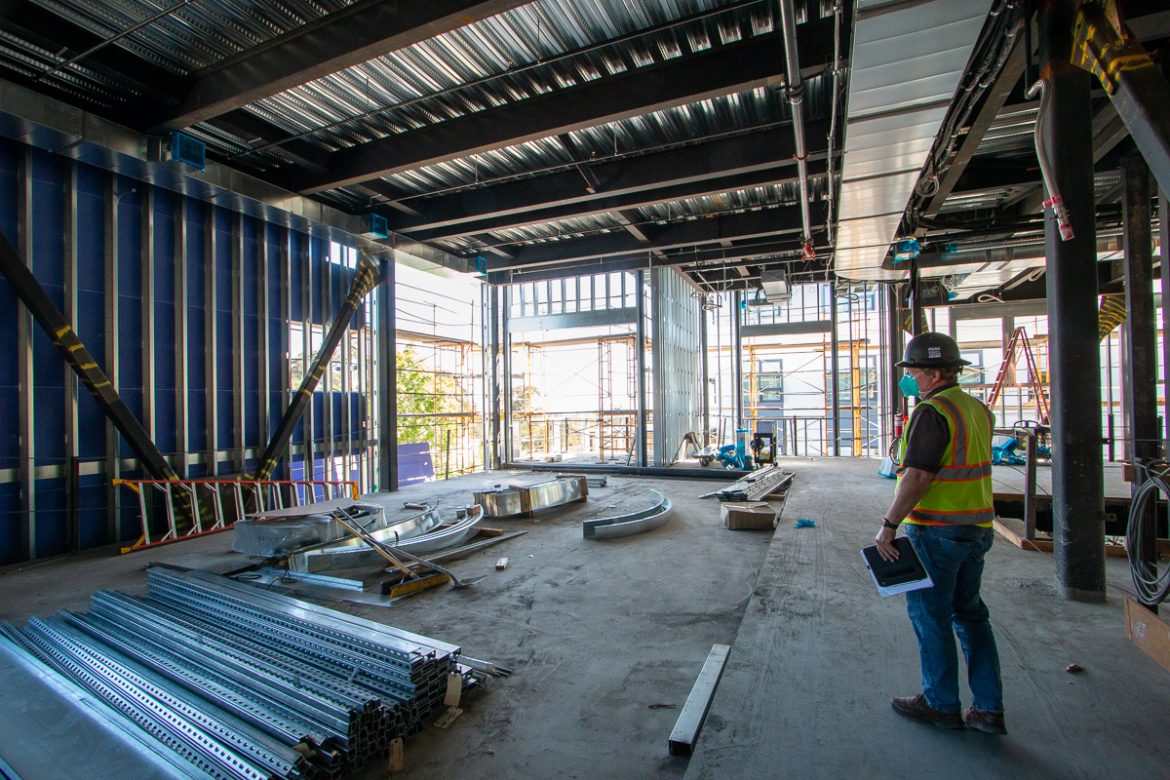 May, 2021 progress on construction of a the performing arts classroom on the second floor which is also expected to be used for meetings and speaker events.

Students were cleared to return to classrooms around 9 a.m. Thursday following a gas leak at the site of the new Performing Arts Center earlier that morning.

A contractor working at the site struck a gas main around 7:30 a.m., prompting the Piedmont fire marshal to issue an evacuation order for students at Piedmont High School and Millennium High School. Students moved to the amphitheater and other outdoor spaces until the area was cleared for safe return.

The fire marshal’s order came “out of an abundance of caution,” the school district wrote in an email to families around 8:48 a.m. “There are no injuries or imminent threat to students or staff at this time,” the district reported.

Portions of Magnolia, Bonita and Hillside Avenues were closed as emergency crews completed their work. As of 9:20 a.m., Magnolia Avenue near the middle and high schools remained closed, according to a text message sent by the school district.

The city used NextDoor and AC Alert to notify residents and PUSD alerted families by text message and email.