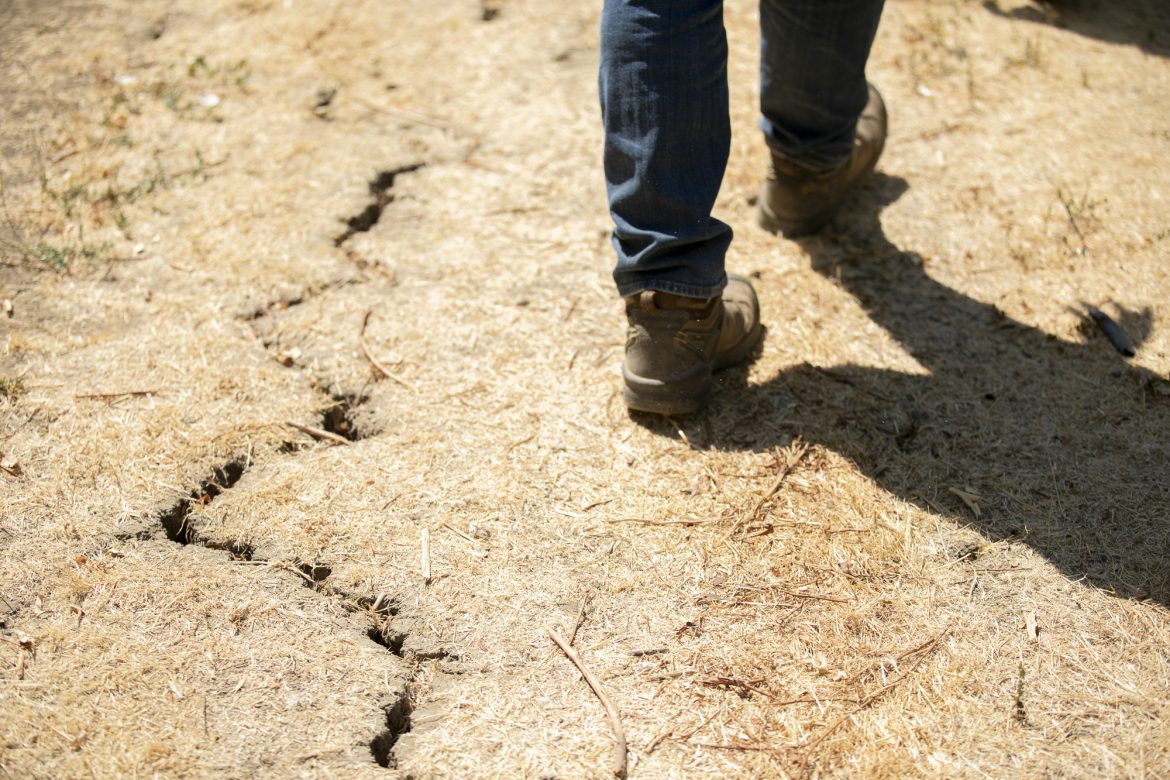 A USDA field manager walks along the parched ground in a pomegranate orchard at Wolfskill Experimental Farm outside Davis on Aug. 25, 2021. Photo by Anne Wernikoff, CalMatters

“The challenge is there is no water.”

That bleak assessment from Karla Nemeth, director of the state Department of Water Resources, puts the devastating scope of California’s drought into perspective even more sharply than the sea of statistics released Tuesday and reported by CalMatters’ Rachel Becker:

Another indication of how desperate California is for water: Marin County water officials are competing with Mohammed bin Salman, the crown prince of Saudi Arabia, to purchase three portable desalination plants to bolster water supplies.

The dismaying numbers increase pressure on Newsom to issue mandatory statewide water restrictions as then-Gov. Jerry Brown did during the last drought. Newsom, who appeared to be trying to steer clear of unpopular mandates ahead of the Sept. 14 recall election, said in mid-August that such restrictions likely wouldn’t happen until the end of September.

In other environmental news, firefighters on Tuesday managed to keep the KNP Complex blaze away from General Sherman and other beloved giant sequoias, though flames were threatening a group of century-old mining cabins. The Windy Fire, burning in the nearby Sequoia National Forest, significantly damaged a sequoia known as the Bench Tree and had “completely surrounded” other ancient groves, according to the Los Angeles Times.

And as the Biden administration moves forward with a plan to develop federal workplace heat standards, an investigation from Columbia Journalism Investigations, KPCC and LAist found that more than 150 firefighters working for Cal Fire, the state’s fire agency, were sickened by heat exposure over the past 18 months. The report also found that since 2001, five firefighters — four of them inmate firefighters — died from employee training injuries likely tied to heat-related illness.