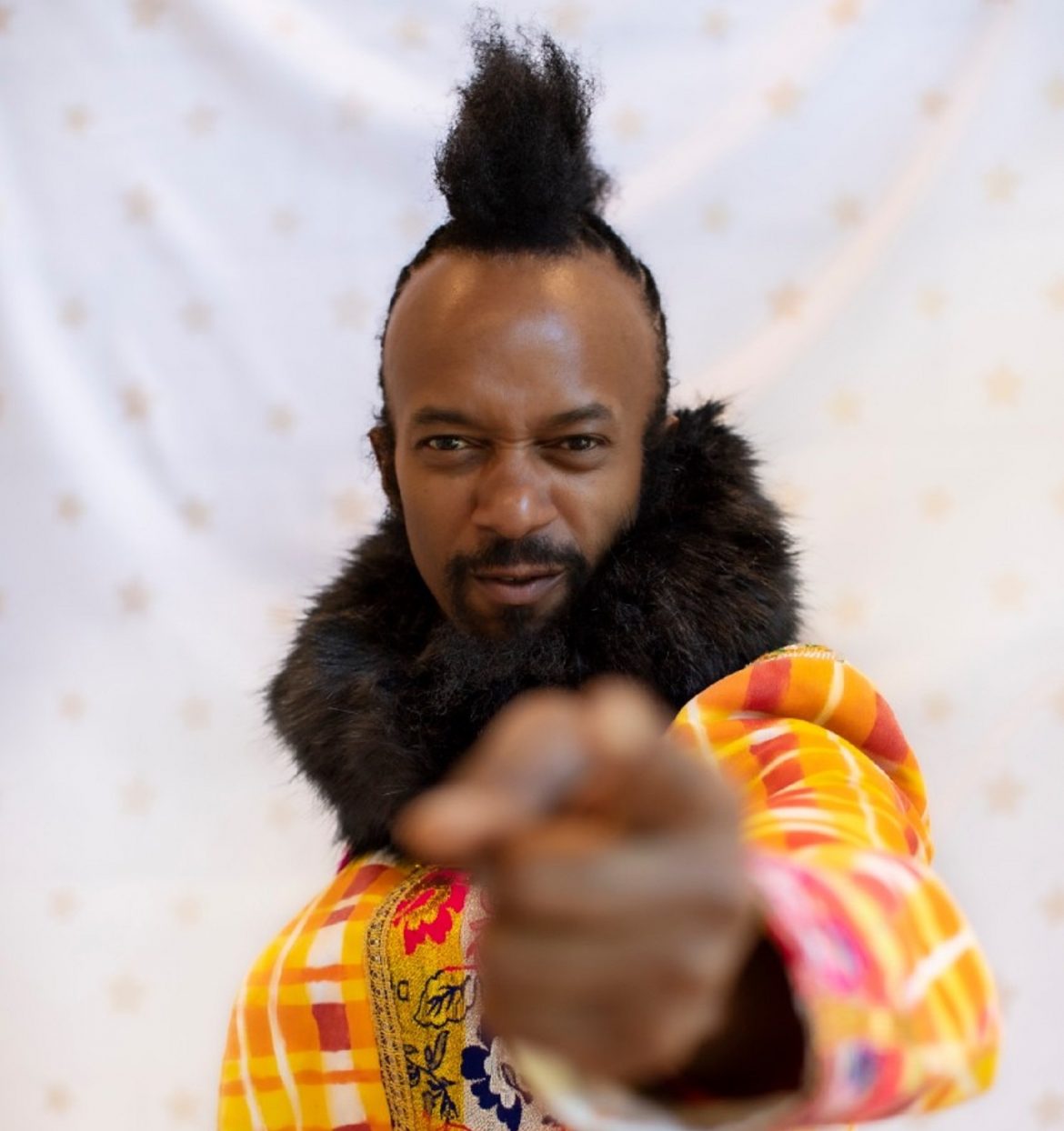 Multimedia Sosa: In June, the sublime pianist/composer Omar Sosa delivered the first live performance at the SFJazz Center in more than a year with a solo concert that gave music fans an early breath of hope that in-person concerts would soon be a regular part of the Bay Area entertainment scene. It has not quite gone according to plan, but don’t blame the 56-year-old Cuban-born Sosa, who is returning to SFJazz on Thursday for another live performance that’s being billed as a “performance art piece” titled “Motherland Journey” (it will also be available for streaming).

Performing on piano and other keyboards, Sosa will team with New York percussionist and programmer Amaury Acosta and Kenya-born, Oakland-based painter and sculptor Githinji Wa’Mbire, who will create a work onstage based on his interpretation of the music. Meanwhile, a series of sonic images and audio effects triggered by the show will be beamed across the concert hall by SFJazz’s new video/lighting system. Of course, we’d almost be happy just watching Sosa plink away on a toy piano a la Linus in “The Peanuts” cartoons — he is that talented. But it will be a thrill to see what the onetime Bay Area musician delivers in this innovative setting.

The show starts at 7 p.m., and you must have proof of vaccination to get in and masks must be worn while inside. Tickets for the live show are $30. You can also stream the performance for $20 ($10 for SFJazz digital members). Go to sfjazz.org.

Festivals, festivals …: Two weeks after the massive BottleRock festival took over Napa, the Bay Area is once again awash in outdoor music festivals. There are three sizable outdoor festivals going on this weekend, though access will be tricky for two of them. At the Oakland Arena grounds, electronic music superstar Porter Robinson is staging his trippy two-day Second Sky Festival on Saturday and Sunday, with Madeon, Jai Wolf, Toro Y Moi and other acts also on the bill. Doors open at 11 a.m. both days, and although both shows are sold out, you might be able to score discarded or traded tickets on the event’s website, secondskyfest.com.

Over in Concord, Vallejo native Gabriella Sarmiento Wilson — who has evolved into H.E.R., the hottest R&B/rock singer, songwriter and guitar shredder on the planet — is staging her Lights On Festival Saturday and Sunday at the Concord Pavilion, with Erykah Badu (the Saturday headliner), Bryson Tiller, Ari Lennox, Ty Dolla $ign and Keyshia Cole also performing. The music starts around 2 p.m. each day although set times are still TBA. The event is something of a homecoming for H.E.R. (who is headlining Sunday), and not surprisingly, both shows have been sold out for weeks, although tickets are available on the secondary market via lightsonfest.com.

And speaking of Vallejo, the city on Saturday is hosting its inaugural Mare Island Dock of the Bay Festival, described as “music and brews, with waterfront views.” It’s hard to quibble with any of those attributes, but the music portion is particularly well-represented, with Oakland’s Fantastic Negrito, Salinas-born roots rocker Jackie Greene and the jam-loving New Orleans funk/soul/jazz outfit Dumpstaphunk among the performers. The show runs 1-9 p.m. at 850 Nimitz Ave., Vallejo (ferry service is available) and tickets are $75-$150; go to dockofbayfest.com.

Games people play: “Coded,” the edgy new play by Kirsten Brandt about a woman taking on misogyny in the gaming world, was on the verge of getting its world premiere at City Lights Theater in San Jose last year when COVID shut down live shows. But like in any worthwhile game, no one ever really dies and nothing is ever really over. And so “Coded” — which has been reworked during the time off — is back to deliver its world premiere this week at City Lights.

Ironically, the play is all about a comeback. It centers on a promising woman game developer whose career is derailed by an adversary backed by an army of internet trolls. Then she mounts her return, armed with a stunning breakthrough in artificial intelligence. But then things get really weird. The show is also directed by Brandt, who is described as an artist who specializes in experimental theater and the intersection of live entertainment and digital media.

“Coded” runs Thursday through Oct. 17 at City Lights in downtown San Jose. Proof of vaccination is required to enter the theater (those requesting an exception from vaccination can submit proof of a negative COVID test). Tickets, $25-$52, must be purchased in advance. Go to cltc.org.

Steinway starts up: San Jose’s Steinway Society recital series is back for its 27th season, and although all performances will be of the streaming variety to accommodate COVID concerns, there should be plenty of lovely and exhilarating music in the offing. Kicking off the campaign this weekend is 31-year-old Rochester, New York-born pianist Claire Huangci, who began playing when she was 6 and was already performing concerts and winning competitions by age 10.

Huangci was early on recognized as a skilled interpreter of the works of Chopin — she captured first place in international competitions bearing the composer’s name in 2009 and 2010 — and she has recorded nearly a dozen solo and orchestral albums featuring works by Bach, Scarlatti,  Tchaikovsky, Prokofiev and Rachmaninoff.

This weekend, she is devoting her considerable talents to one of Beethoven most popular works, Symphony No. 6 in F Major, Op. 68, “Pastorale” (Liszt’s transcription) as well as Schubert’s Fantasia in F minor (the Kabalevsky transcription), which she performs with the ORF Vienna Symphony Orchestra led by Cornelius Meister.

For the record: Steinway’s streaming recitals are not just collections of YouTube videos; the performances are made available to the recital series on an exclusive basis. Future Steinway recitals feature Finnish musician Juho Pohjonen (Oct. 15-18) and Russian pianists Anna Tsybuleva (Nov. 19-22) and Nikolay Khozyainov (Dec. 10-13). Huangci’s performance will be available to stream Friday through Monday; tickets are $25-$35 (a full series subscription costs $90-$125); go to steinwaysociety.com.

Moments with Marga: Actor, comedian and playwright Marga Gomez has been such a fixture on Bay Area stages that it’s utterly appropriate that she will be under the spotlight Friday as The Marsh in San Francisco reopens for live shows. Gomez has created 13 solo shows, many of which deal with her family life, her sexuality and ethnicity (she has been known to describe herself as a Lesbian Latina who can’t speak Spanish) and her views on popular culture, among other topics.

On Friday, she will perform “Spanking Machine,” a 2019 autobiographical solo show described by The Marsh as a “by turns funny, intense and heart-rending memoir of growing up brown and queer in Washington Heights.” The production touches on everything from childhood adventures and favorite snacks (Devil Dogs) to her first kiss, Catholic school nuns, and a childhood assault. Gomez, who teaches solo-acting classes around San Francisco, is a classic performer — relatable, sharp and often hilarious — and it doesn’t hurt that her stories are so compelling.

“Spanking Machine,” which runs 75 minutes without intermission, opens at 8 p.m. Friday at The Marsh, 1062 Valencia St., San Francisco, and will play 8 p.m. Fridays and Saturdays through Oct. 23. Proof of vaccination is required, and face masks are required when you are inside. Tickets are $20-$100; go to themarsh.org.