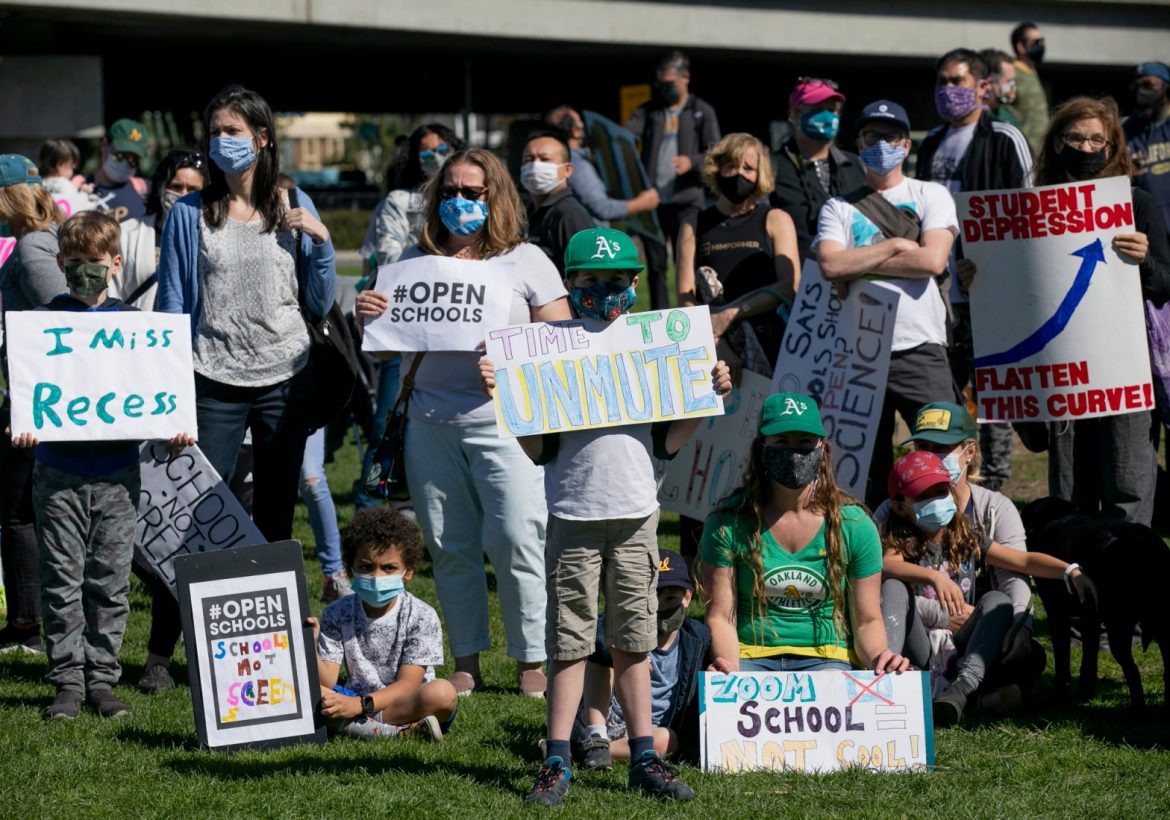 Protestors call for schools to reopen in person in March, 2021.

With the vote on recalling Gov. Gavin Newsom one day away, the furor over the slow reopening of schools that fueled the recall campaign last spring with 1.7 million signatures has apparently receded, and some Democrats appear to be having second thoughts about ousting the governor.

When asked to name the most important issue facing people in California today, only 1% of 1,080 likely voters cited schools, teachers and education in general in a voter survey released last week by the Public Policy Institute of California.

In that poll, 58% of voters said they opposed the recall while 39% said they favor it, a wider margin than in earlier polls.

One reason is that schools have fully reopened. Newsom and the Legislature forced the issue when they let the one-year law permitting distance learning expire at the end of June and ruled that independent study, with rules and complexities that discouraged many parents from signing up, would be the only alternative to in-person instruction.

Another reason is that all of the major Republican candidates to replace Newsom have said they’d rescind school masking mandates, which most Democrats support.

Shannon Huffaker  from Albany in the Bay Area may have expressed the view of many other Democrats when she thought about Larry Elder, who leads all recall candidates in the polls, as Newsom’s successor.