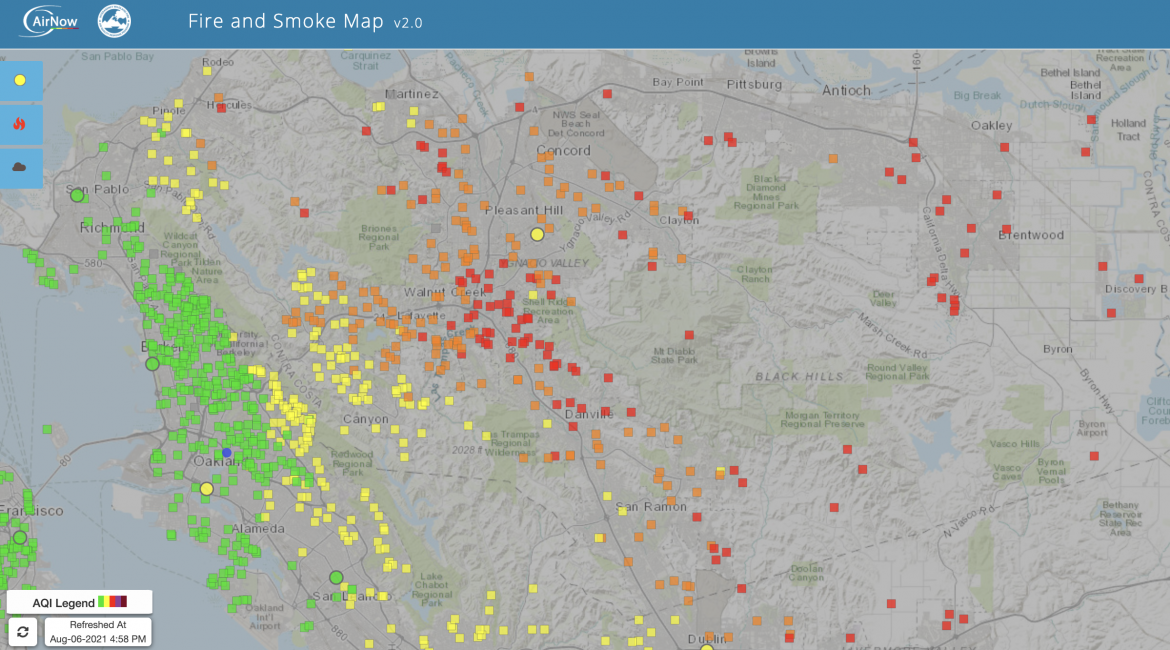 Bay Area residents are advised to keep their windows and doors shut through Saturday as wildfire smoke continues to plague the area.

The Bay Area Air Quality Management District announced Friday it was extending an air quality advisory issued earlier this week until Saturday due to smoke from the McFarland, Monument and River Complex fires further north in California.

Though residents in much of the Bay Area could smell and see smoke in the air Friday, it isn’t expected to cause widespread unhealthy air quality due to its elevation.

However, higher elevation locations such as Napa, Sonoma and Solano counties may experience worse conditions, the air district cautioned.

Residents should protect their health by avoiding exposure to smoke. The air district recommends staying inside with windows and doors shut until the smoke levels subside and to keep air conditioning and car vent units recirculating air, rather than bringing in outside air.

Smoke exposure may cause individuals to experience irritation in their eyes, airways and sinuses, coughing or a scratchy throat. Children, elderly residents and individuals with respiratory conditions such as asthma or COPD are particularly cautioned to avoid exposure, as they may experience wheezing or worse symptoms.

Bay Area residents can stay up to date with air quality readings by visiting http://baaqmd.gov/highs.