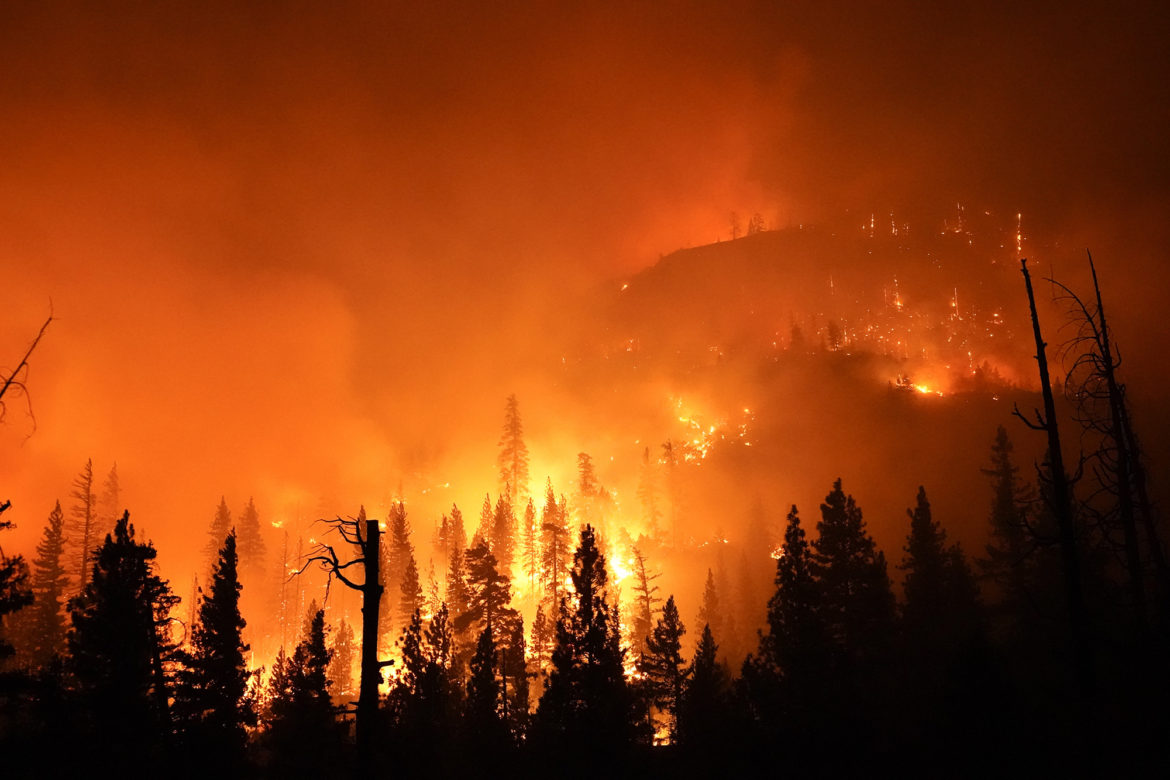 There is abundant evidence that changes in the climate, both increased temperature and reduced precipitation, are making wildfires worse in the western U.S. The relationship between climate and wildfire seems obvious and universal: hotter + drier = more and worse wildfire.

Yet the diversity of wildland areas in the western U.S. means that not all ecosystems respond in the same way to a hotter and drier climate. Understanding how and why climate change has different effects on wildfire is essential for effective management of our natural areas.

Why do areas respond differently?

Similar to campfires, wildfires require fuel to burn: parts of trees and shrubs, the leaves, twigs and branches. Dried grasses, too, will work. The growth of this vegetation depends on water, and water availability depends on the climate.

Let’s consider one extreme. The Sonoran Desert in Arizona is persistently hot and dry, and vegetation is sparse. The dryness of the summer, what we call the “summer water deficit,” does not control the extent and severity of wildfires. Summer is almost always hot and dry enough to burn, and how much it burns depends on the amount of fuel. No matter how much hotter and drier the climate becomes, wildfire is not going to increase unless more fuel appears on the landscape. Unfortunately, exotic grasses that are adapted to wildfire are invading much of the American Southwest, including the Sonoran Desert, providing that extra fuel.

At the other extreme are mountain forests, such as Yellowstone National Park and the surrounding area, that have abundant vegetation and fuel and are cooler and wetter. There, the amount of land that burns is strongly related to the summer water deficit. Hotter and drier summers are likely to increase wildfire activity.

What about areas in between these two extremes?

Where hotter and drier can eventually mean less fire

In California, wildfires in the dry forests of the Sierra Nevada are partly controlled by summer water deficit. For a while, hotter and drier summers are likely to increase the amount of land burned each year.

We ran computer simulations of the interactions among climate, plant growth and wildfire for one area within the Sierra Nevada. In the first decade of the simulations, an initial burst of large areas burned each year. This first pulse of wildfire burned more area in a scenario with increased drought and temperature than in the historical climate, just as we are seeing in the recent extreme fire seasons in the Sierra Nevada.

Over time, however, climate change will modify how plants grow. Persistently hotter and drier climate over decades will increase the number of dead and dying trees and decrease new growth. Eventually less fuel is available to burn as the dead trees decompose and fewer live ones replace them.

The same computer simulations show that the initial pulse of wildfires removes a lot of dense vegetation, and subsequent fires become smaller compared with fires in historical climate conditions and with increased drought and temperature. Furthermore, because hotter and drier conditions can eventually lead to less fuel development, the wildfire area burned over 60 years may be smaller with increased drought and temperature than in the historical climate.

Less wildfire due to climate change may sound like good news, but how it occurs is not necessarily a desirable outcome for these forests. In the simulations, reduced wildfire is a consequence of extreme water limitation that results in reduced forest biomass. This means less tree growth and more dying trees that eventually result in a thinner and less productive forest. If the climate changes enough, the trees may even be replaced by shrubs, which have their own unique relationship between climate and wildfire.

The problem with quickly putting out every fire

Human actions, in particular putting out every fire, have changed how dry forests burn.

Some fires are started by lightning, but Indigenous peoples burned the landscape frequently, reducing fuels, so the spread and intensity of subsequent wildfires was more limited. After European colonization, the U.S. government spent more than a century actively suppressing wildfires. As a result, many forests became choked with excess fuels. Even without climate change, excess fuels increase the wildfire hazard.

The effect of that fire suppression on current wildfire hazards can also vary from region to region.

In cooler and wetter areas, climate change can have a stronger effect on wildfires than fire suppression. These are the areas with naturally abundant fuel and strong relationships between climate and wildfire. In drier systems, where fuels were historically low and had limited wildfire spread, suppression over the past century can have a stronger effect on current wildfire hazard than in wetter areas. It is important to consider climate change, regional characteristics and land management, all of which affect the fuels that are available to burn in a wildfire.

What to do about wildfire

There is no single solution to the increasing wildfire activity and declining health of forests.

The global solution would be to slow and eventually reverse climate change. More locally, combining prescribed fires, which are intentionally set in relatively mild weather conditions, with mechanical removal of small trees and ground fuels is the best way to prevent more severe wildfires.

Increasing the use of prescribed fire or allowing wildfires to burn under safe conditions can restore some forests to be more resilient – those that have excess fuel from fire suppression – and reduce the hazards that the western U.S. is seeing now. Past wildfires can limit the spread of new wildfires by reducing the amount of vegetation and fuel available to burn.

Over the past five years, wildfires in the U.S. burned an average of 7.8 million acres annually, which cost an average of US$2.4 billion per year to fight.

Managing forests in the face of the threat of larger, more severe wildfires in a warming climate presents a huge challenge to fire managers, given the costs of treatments and the millions of acres that could benefit from them. Plenty of wildland is still primed to burn, and understanding the intricate relationship among climate, fuels and wildfire can help managers prioritize areas where more fire will be beneficial and areas where different approaches may be preferred.

Maureen C Kennedy receives funding from the National Science Foundation and the US Forest Service.

Don McKenzie received funding from the US Forest Service.