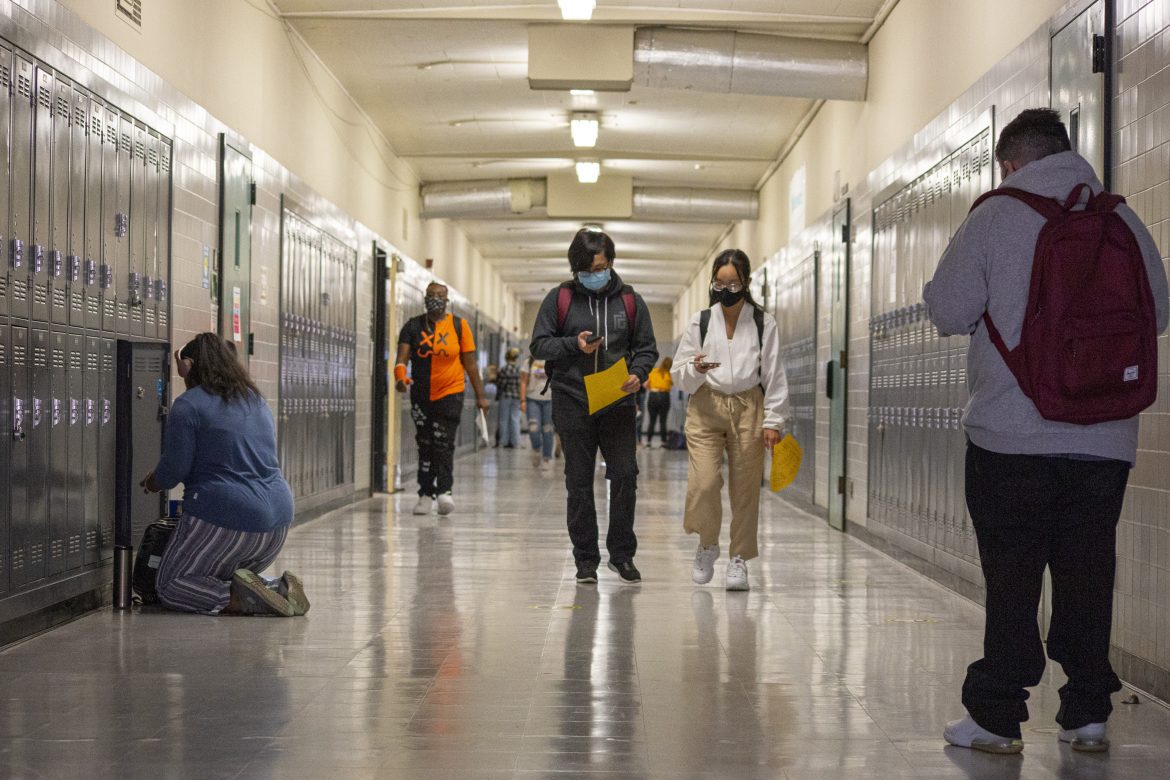 Masked students walk across the hallway on their first day back at Concord High School in Concord, Calif., on Aug. 12, 2021. (Harika Maddala/ Bay City News)

From academics to pandemics, California teenagers are seeking out more help from friends, parents and teachers to cope with their situation, according to a survey released Thursday by Blue Shield of California.

Between July and August, Blue Shield of California asked 500 California students aged 13 to 18 about their mental health before and during the COVID-19 pandemic. The results illustrate the negative toll on mental health from several overlapping concerns from the past year — the pandemic, racial injustice and climate change.

Academic performance still topped the chart, with nearly 80 percent of survey respondents saying they were nervous about getting good grades. However, over 70 percent said they were worried about catching COVID-19 in school or elsewhere. Climate change was also a large source of anxiety, with over half of teenagers nervous about wildfires and droughts in California. Meanwhile, more than half of teenagers of color were concerned about coping with racial justice issues as they return to school.

Though the state’s reopening in June caused some improvement, the ongoing pandemic continues to impact teenagers’ mental health.

According to results, every ethnic group surveyed reported having poorer mental health during the pandemic than prior to it, as well as having slightly better mental health after reopening.

Despite the added difficulties, the survey results also indicated that teenagers are reaching out to others to help them through their difficulties. Over half of survey respondents said they talked about mental health with their friends, while 46 percent said they’ve spoken with a parent or guardian, 20 percent with a teacher and 18 percent with a professional counselor or therapist.

In response to the survey results, Blue Shield of California is urging schools to be aware of the extra challenges teenagers are facing this year and provide additional support, flexibility and empathy.

“During these unprecedented times, parents, teachers and other caring adults can help make this transition as easy as possible for teens by maintaining an open dialogue,” Jennifer Christian-Herman, executive director of behavioral health at Blue Shield of California, said in a statement. “Carve out time to check-in and encourage children and teens in your life to have those conversations about how they are feeling returning to school.”

Parents, educators and students can learn more about mental health resources for youth by visiting https://bluesky.blueshieldca.com/.