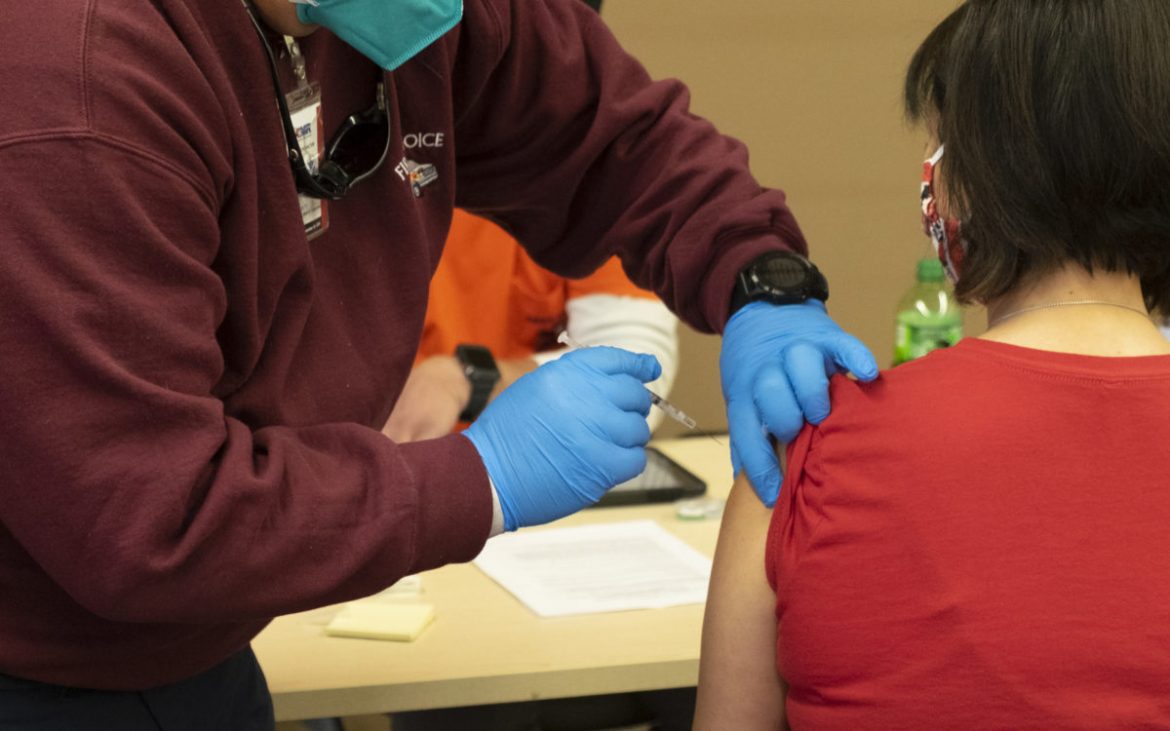 Culver City Unified in Los Angeles County may be the first school district in California to require all eligible students to be vaccinated against COVID-19, along with teachers and staff. Students and teachers also must be tested for the virus once a week.

Culver City Unified joins the state of California and a growing number of cities, public universities and private companies that are requiring their employees to be vaccinated, but it seems to be the only district to require that students also get vaccinated.

District officials took into consideration the fact that the University of California is requiring all of its students to be vaccinated, many of whom aren’t much older than high school students, Culver City Unified Superintendent Quoc Tran said.

California Superintendent of Public Instruction Tony Thurmond applauded the district for its decision to mandate vaccines and said he wouldn’t mind if more districts followed suit.

“That’s a great thing,” Thurmond told EdSource. “It’s not because I’m into making requirements for people, but it makes a difference. It keeps people safe and schools open. Everyone wants their kid in school and the biggest single factor has to be the vaccine.”

Culver City Unified’s 7,000 students will return to school Thursday, but no one will be barred from attending if they are unvaccinated.

The district is giving students and staff until Nov. 19 to show proof of vaccination, it announced on Tuesday on Twitter as well as in an email to parents. Families who fail to comply by that date will have to enroll their children in independent study.

Currently anyone aged 12 and older is eligible to be vaccinated against the virus and children aged 5 to 11 could be eligible for the vaccination by the end of the year, according to national health officials.

Tran, who was appointed to the position earlier this month, said the policy is critical to keeping students and staff safe and in school.

Though it’s still possible to contract COVID while vaccinated, Tran noted, having the vaccine reduces the risk of spreading the disease as well as the severity of the symptoms.

“If students catch the virus, they will have a less horrendous outcome if they are vaccinated. Therefore, they can recuperate quicker and return to school without losing more instructional time,” Tran said.

Thurmond said he doesn’t see why schools should be treated differently than any business or other organization when it comes to mandating vaccines.

In a press conference last week, Thurmond said California should mandate vaccines for both students and teachers in order to save lives. In the meantime, he has been hosting a series of press conferences and town halls across the state promoting COVID vaccination.

Earlier this month California became the first state in the nation to require all teachers and other school staff to be vaccinated against COVID-19, but they were given the option to be tested weekly instead.

Tran said Culver City Unified’s union leadership supports the vaccination mandate and weekly testing for all district employees and students. He said feedback from families since Tuesday’s announcement has been mostly positive.

District officials haven’t asked their lawyers to review the policy, but Tran said he believes it is legally sound. The state’s vaccine protocols for schools are the minimum requirements, he said.

“The district opens school tomorrow, so there is a certain sense of urgency to restore the sense of trust that parents know they can send their children to school safely,” Tran said Wednesday.

While other California school districts don’t yet have vaccination mandates for students, some school leaders have advocated for them. In January then-Superintendent Austin Beutner, who has since resigned, called for all Los Angeles Unified students to be immunized before they return to campus, although the school board hasn’t voted to mandate the vaccines.

State legislators could also require students to be vaccinated against COVID-19 but, so far, no vaccination legislation has been introduced. Last week Thurmond indicated that some legislators had been discussing the possibility of vaccine mandates for schools, but on Wednesday said such a bill would be difficult to pass before the legislative session ends on Aug. 31.

“We are following the science,” said Sen. Richard Pan, D-Sacramento. “We are still collecting data. It isn’t even approved yet for the under-12 set. We are collecting data. Based on the data we will decide. Certainly what we are seeing in schools calls on us to take more steps to stop it in schools.”

Pan, who also is a medical doctor, authored two pieces of legislation in recent years that greatly strengthened California vaccination laws, which require that all children be vaccinated at grade-level checkpoints for 10 infectious diseases before being admitted to school. A 2016 bill eliminated personal belief exemptions and another piece of legislation, in 2019, requires a state review if a child’s doctor has written, or a school has accepted, numerous medical exemptions.

Schools have broad latitude to make decisions about safety as long as they assure students are getting an education, Pan said.

“It’s certainly understandable why the school district would want to do that,” Pan said of the Culver City Unified decision. “The delta variant is really breaking out. Schools, as soon as they open, they start to get notices that someone is positive in the school. It’s concerning.”

The delta variant, which has become the predominant strain in the United States, is more infectious than previous forms of COVID and seems to spread more readily among children, as well as adults, Pan said.

COVID-19 can cause death and serious illness, including Long COVID, where a person has symptoms of the disease for more than two months, or multisystem inflammatory syndrome, where the heart, lungs, kidneys, brain, skin, eyes or other organs become inflamed.

For now the state is relying on its mask mandate to keep students safe, Pan said. Masks are required inside buildings for both vaccinated and unvaccinated staff and students. Some districts are going beyond what is required by the state and requiring students to wear face coverings outside as well as inside classrooms.

Oakland Unified is among the California school districts that have had to quarantine whole classes of students in the first few weeks of school due to positive COVID-19 tests. Oakland Unified quarantined two classrooms of students, after three or more people in each class tested positive.

Choi said that the percentage of eligible students vaccinated is far below the amount needed for herd immunity, which medical experts say is roughly 90 percent. In Oakland, the number of youth who are vaccinated is closer to 50 percent, he said.

“The level of our response has to match the level of severity of this particular variant, otherwise we’re going to get slammed even worse than we did last winter,” Choi said.

Choi said every district is looking to the state for guidance on safety protocols and mandates.

“As a result we end up having nobody acting, or feeling like they have the authority to act, so some kind of push from the state level would give districts like Oakland more cover to move politically in this direction,” he said.