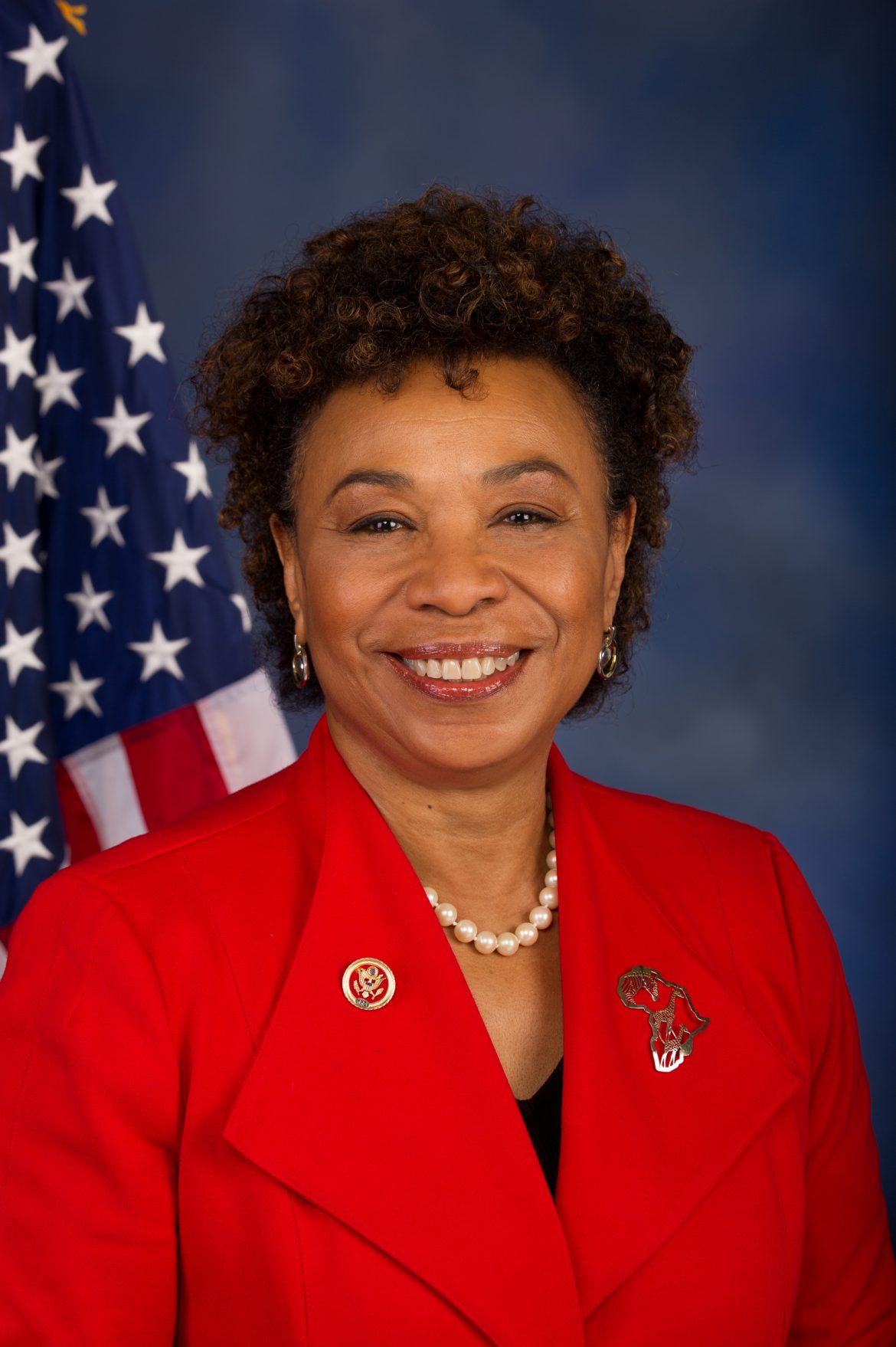 Convincing Democratic Rep. Barbara Lee of Oakland to be the star of a documentary was almost as much of a challenge as getting an infrastructure bill hashed out in D.C.

But Oakland filmmaker Abby Ginzberg specializes in persistence and persuasion, and doesn’t mind being a pest when it’s warranted.

Given the Peabody Award-winning director is also a constituent in Lee’s 13th district — representing Alameda, Albany, Berkeley, Emeryville, Oakland, Piedmont, and San Leandro — her knowledge of Lee’s tenacity and integrity, along with the realization that the politician has inspired other women of color to run for office, fueled Ginzberg’s insistence in getting the film made.

So she refused to go away, popping up at events and rallies that Lee attended while making her presence and intentions known to Lee’s staff who might help further the idea along.

“She would not take no for an answer,” Lee recalls, wedging in a phone interview during one of her long days on Capitol Hill. “Somehow I stumbled into it because she made me do it,” Lee says with a laugh.

Ginzberg’s determination pays off with “Barbara Lee: Speaking Truth to Power,” an engaging and inspiring documentary that provides insight into the politician, the person and the role model. It opens Friday at the Shattuck in Berkeley and the Roxie in San Francisco, and will also be available that same day on demand. Lee is slated to attend the Aug. 26 screening at the Roxie.

The documentary heralds Lee’s principle-driven voting record and her maverick maneuvers, covering a potentially career-ending lone vote in 2001 that opposed granting war powers to the president without congressional input — a “no” that triggered death threats — along with her steely conviction on brokering the President’s Emergency Plan for AIDS Relief, which President George W. Bush signed into law in 2003 and which then moved the needle in providing global care.

In addition to her decade-spanning political career, Lee’s personal story of resiliency gets explored in a respectful manner, from her early years in a racially segregated El Paso, Texas, to her life as a single mom of two boys and survivor of domestic abuse. Lee recalls how being on food stamps helped her and also how her education from Mills College ushered her onto a path of career-defining volunteerism with Shirley Chisholm, the first Black woman elected to Congress, and then to a job with her other mentor, Ron Dellums, the late congressman and former Oakland mayor.

But Lee was most reluctant about doing the documentary because it would divulge aspects of her personal life.

“I knew in many ways this was going to get into my personal and private life so I kept running from that knowing that ‘Oh God’ that 2% of my privacy was going to be invaded,” Lee says. “But I knew that (Ginzberg) had a lot of integrity; that she would respect the parameters.”

Lee’s reticence didn’t always make it easy for the filmmaker.

“We had to drag her into some of those scenes,” Ginzberg recalls.

But an agreement to not “go beyond the four corners” of Lee’s 2008 book “Renegade for Peace and Justice: Congresswoman Barbara Lee Speaks for Me” imbued confidence and trust.

“Her autobiography was a little bit more broad than it might have been if it would have been totally up to Barbara and that gave me enough wiggle room that I thought I could tell an honest and important story,” Ginzberg says.

What comes into sharp focus in Ginzberg’s documentary is Lee’s commitment to listening to her constituents and then taking action on their requests.

During the interview, Lee recalls attending a Berkeley town meeting in the ’90s and hearing from a speaker about the need to get a national registry established for people with benign tumors. Lee took that back to D.C., asked her staff to research the heck out of it and then introduced legislation to create one. It was later signed into law.

“She listened and she acted,” Ginzberg says. “And that’s what led me to make this movie. We just don’t have enough people like that in Congress.” There are also not enough members who have gained the respect from both sides of the political aisle as Lee has.

So what’s Lee’s secret in negotiating that two-party minefield, which has gotten more divisive?

“One of the things that I learned early on (is) I don’t call anyone my enemy,” says the 75-year-old congresswoman. “They’re my adversaries. We may disagree, (but) they’re not my enemy. I start there. Secondly, we’re human beings. You can’t forget that. I worked with Ron Dellums, for many years, and he said ‘Never hit below the belt.’ You debate ideas and principles but don’t hit below the belt. Don’t use personal attacks in trying to get your agenda passed.”

That can be challenging at times, Lee says, recalling how she almost quit Chisholm’s unsuccessful presidential campaign in 1972 when Chisholm visited racist Alabama governor and segregationist George Wallace in the hospital after he was shot and almost killed.

“She said: ‘Look, you never really know. I may be able to convince him of something, and we have to remember that we have to be able to relate to people’s common humanity … the man’s been shot, and the right thing to do is to visit him in the hospital,’” Lee says. “And I was like, ‘Oh my God.’”

But having compassion and finding common ground when approaching an issue from a progressive agenda does work, she says. Dellums taught her that.

“If you start out in the middle, if you start out as moderate or a liberal as a Black woman, you’re never going to get anything accomplished,” Lee says. “But if you start at the far left and you’re dealing with the far right, you have a lot of play — you can go a lot of way to reach common ground.”