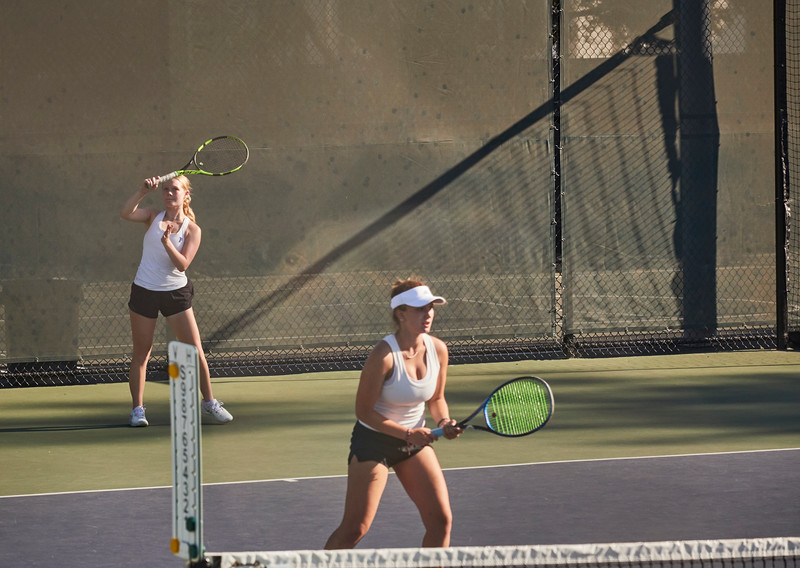 The win over Lick-Wilmerding gave the Highlanders a measure of revenge against a team that defeated it in the North Coast Section playoffs two seasons ago. The Tigers are the defending NCS Division 2 champions, since no playoffs were held in the 2020-21 school year.

The August 26 match was held at Piedmont.

“They had an even closer match on Thursday, with Bridgette losing in the 3rd set breaker,” Landes said. “I believe Bridgette would have won if they had played a full third (set) because she was working over Callie’s backhand really well and making fewer errors than she did in the first set.”

Landes was very happy with the depth of his doubles teams.

“The debut of Cecila DeFazio and Emma Eisemon at No. 3 doubles was great,” he said. “They hit with power and control and left their opponents in the dust.”

On August 24, Piedmont fell to visiting University, 6-1. The Highlanders dropped three third-set tie-breakers, which could have turned the match.

“It was very exciting with Bridgette playing some great tennis against a savvy opponent,” he said. “The girls split sets with Bridgette winning the second set in a long, exciting tie break that saw set point and match points dissolve like disappearing ink before Bridgette finally won it.”

Next up for Piedmont is a September 2 match at East Bay power Miramonte.