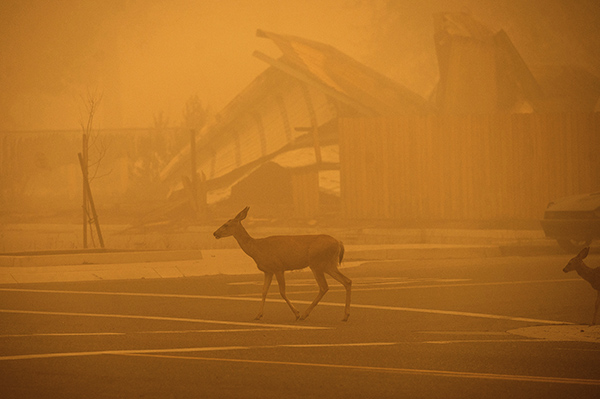 First the bad news, fromMonday’s report from the United Nations on climate change.

A global average temperature increase of 1.5 degrees Celsius by 2040 is basically unavoidable at this point, according to hundreds of scientists on the UN’s Intergovernmental Panel on Climate Change.

For California, that likely means more severe wildfires and drought, which are already pretty terrible. Follow CalMatters’ coverage of the drought on our new page.

Said former Gov. Jerry Brown in response to the report: “The horror is here.”

Now the less bad, but honestly still pretty bad, news: Keeping the temperature rise under 1.5 degrees is possible, but only with “immediate, rapid and large-scale reductions in greenhouse gas emissions.”

A majority of Californians are up for that in theory.

A Public Policy Institute of California poll from July found that three-quarters of Californians — and an equal share of likely voters — support the state’s goal of cutting statewide emissions to 40% of their 1990 levels by the end of this decade.

The question is how. Last year, Gov. Gavin Newsom, noting that cars and trucks produce 40% of the state’s emissions, proposed banning the sale of new gas-powered cars in 2035.

Only 49% of Californians support that.

In inextricably related news: The Dixie Fire in northern California has now torched nearly half a million acres.

And while climate change is partially to blame for our state’s chronic flammability, forest management is the other culprit. Former President Donald Trump was quick to blame the state for failing to thin its forests, even though the largest woodland landlord in the state is the federal government. But the feds may soon step up their game: In the $1 trillion infrastructure bill wending its way through Congress, more than $3 billion is set aside for forest management and wildfire fighting.

The Biden administration also recently ordered a pay raise for wildfire fighting crews. No wonder why: The U.S. Forest Service’s firefighting divisions, like employers everywhere, are having a hard time finding people to hire.