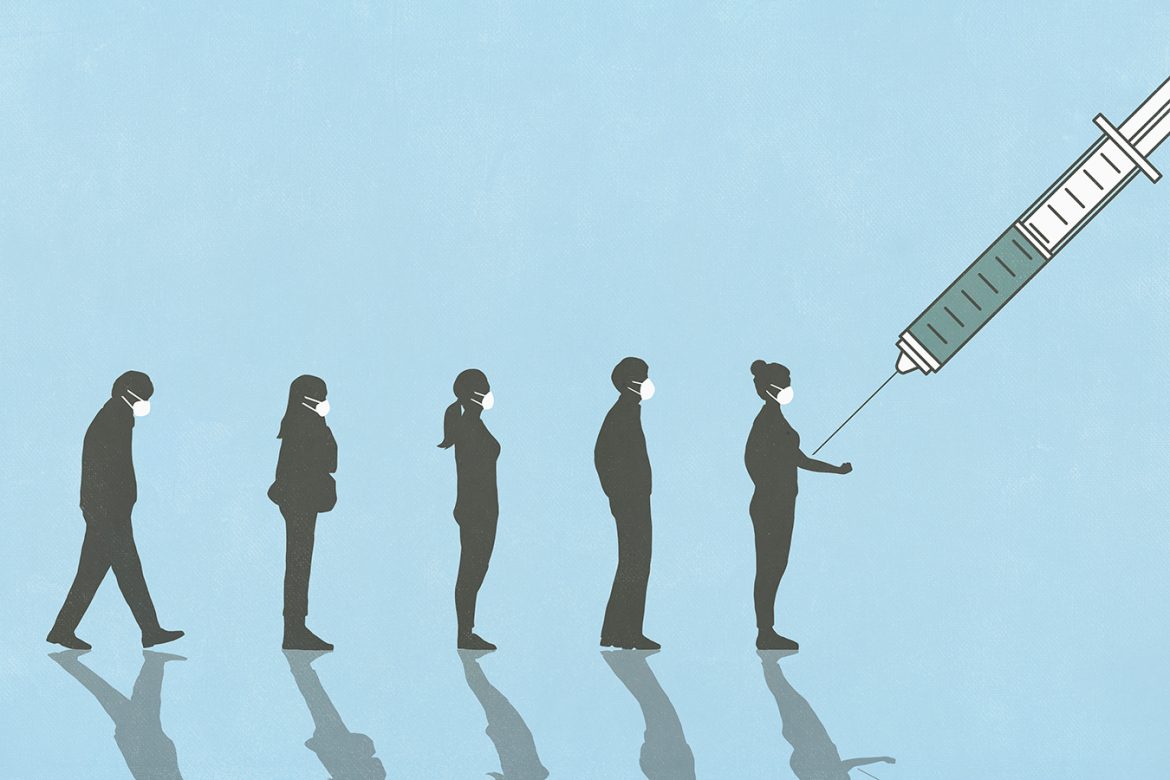 California’s public university systems, the University of California and California State University, already chose to require students and staff to be vaccinated this fall without waiting for FDA approval of one of the existing vaccines. Some community colleges across the state did the same. But most of California’s 115 campus-based community colleges have not yet implemented such mandates, and several explicitly said they were waiting for one of the vaccines to receive full approval.

It’s not clear what the full FDA approval will mean for California’s K-12 schools. The full approval of the Pfizer vaccine is for people 16 and older.

It remains authorized for emergency use for children ages 12 to 15. No vaccine is available yet for children under 12. Gov. Gavin Newsom recently signed an executive order that gives districts until Oct. 15 for all teachers and staff to be vaccinated or tested weekly.  The measure has the support of the California Teachers Association, the state’s largest teachers union and other employee unions.

The chancellor’s office has already encouraged colleges across the state to implement those mandates, but ultimately cannot compel them to do so. Those decisions are left to the locally elected governing boards that run California’s 73 community college districts.

The Los Angeles Community College District, by far the largest district in the state, is among the community college districts that may now move forward with a new mandate.

That district, which has nine colleges, previously announced that it would require students and employees who will be on campuses this fall to either be vaccinated or undergo weekly testing for Covid-19. Now, the district could soon implement a stricter mandate as soon as its next board of trustees meeting, said William Boyer, spokesman for the district.

Employees at the North Orange County Community College District will also likely now be required to be vaccinated this fall. Cheryl Marshall, chancellor of that district, said in a memo to district employees earlier this summer that Covid-19 vaccines would not be mandatory until one received full FDA approval. That district includes two colleges: Cypress College and Fullerton College.

Palomar College in San Diego County was also waiting for full FDA approval before requiring vaccinations, not just for employees but also for students who will be on campus this fall. The governing board approved a resolution last month to require employees and students to be vaccinated within six weeks of a vaccine receiving full approval.

At some community colleges, vaccine requirements have already been announced but will now go into effect sooner than originally planned.

The governing board of Santa Barbara City College, for example, earlier this month approved a policy requiring students and employees who will be on campus to be fully vaccinated by Oct. 1. But the policy stipulated that the mandate would go into effect sooner if a vaccine received full approval from the FDA.

“All students and employees and members of the public present in any campus building or SBCC teaching location will be required to be vaccinated against Covid-19 on or before October 1, 2021, or upon the announcement of at least one Covid-19 vaccine that has received final FDA approval, whichever comes earlier,” the policy states.

A nearly-identical policy was approved earlier this month by the governing board for the City College of San Francisco.

Not all colleges, however, will immediately be swayed by the full FDA approval.

“Long Beach City College is not changing our vaccination or weekly testing requirement at this time,” said Stacey Toda, a spokeswoman for the college.

The full approval of the Pfizer vaccine could also have ramifications for K-12 schools.

Whether schools in California will do the same remains to be seen. Last week, California Superintendent of Public Instruction Tony Thurmond said vaccines should be required for eligible students and teachers to keep people safe and schools open.

“It seems to me that a mandate is a good thing, but mandates are only as good as they are able to be enforced,” he said. “That’s why I’m saying, until there are mandates, we must do all we can to educate those who have been hesitant to get a vaccine.”

Thurmond applauded the recent decision by Culver City Unified to require all eligible students and staff to be vaccinated. The school district in west Los Angeles County became the first school district in California to mandate Covid-19 vaccinations. Students and teachers also must be tested for the virus once a week. Its students have until Nov. 19 to show proof of vaccination.

Legislators in California have been largely silent about the possibility of mandating vaccines in K-12 schools but would have until Sept. 10 to pass legislation this year if they decide to do so.

State Sen. Richard Pan, D-Sacramento, who authored two pieces of legislation in recent years that greatly strengthened California vaccination laws, said last week that lawmakers are “collecting data” and will use that information to decide their next steps.

“Certainly what we are seeing in schools calls on us to take more steps to stop it in schools,” Pan said.