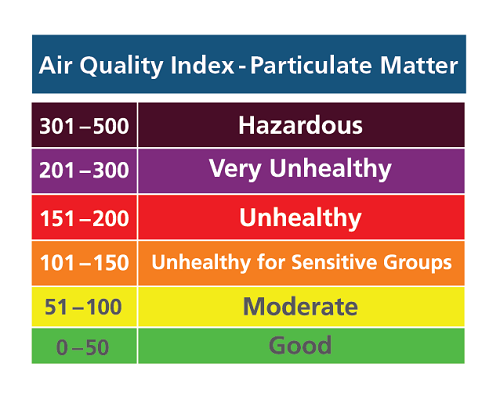 (Image via Spare the Air)

The Bay Area Air Quality Management District has issued an air quality advisory for Saturday because of wildfire smoke but the pollution levels are not expected to exceed federal health standards and prompt a more serious Spare the Air alert.

The air district had issued Spare the Air alerts for Thursday and Friday after smoke from fires elsewhere in Northern California and further north in Oregon and Washington poured into the Bay Area. On Spare the Air days, wood burning is banned both indoors and outdoors.

Saturday’s air quality is expected to be in the good to low-moderate range, according to the air district, which advises anyone who smells smoke to stay inside with windows and doors closed and to set air conditioning and car vent systems to recirculate to prevent outside air from getting into their building or vehicle.

The latest air quality readings in the region can be found online from the Bay Area Air Quality District HERE as well as at AirNow, a federal agency partnership that reports air quality data, HERE.