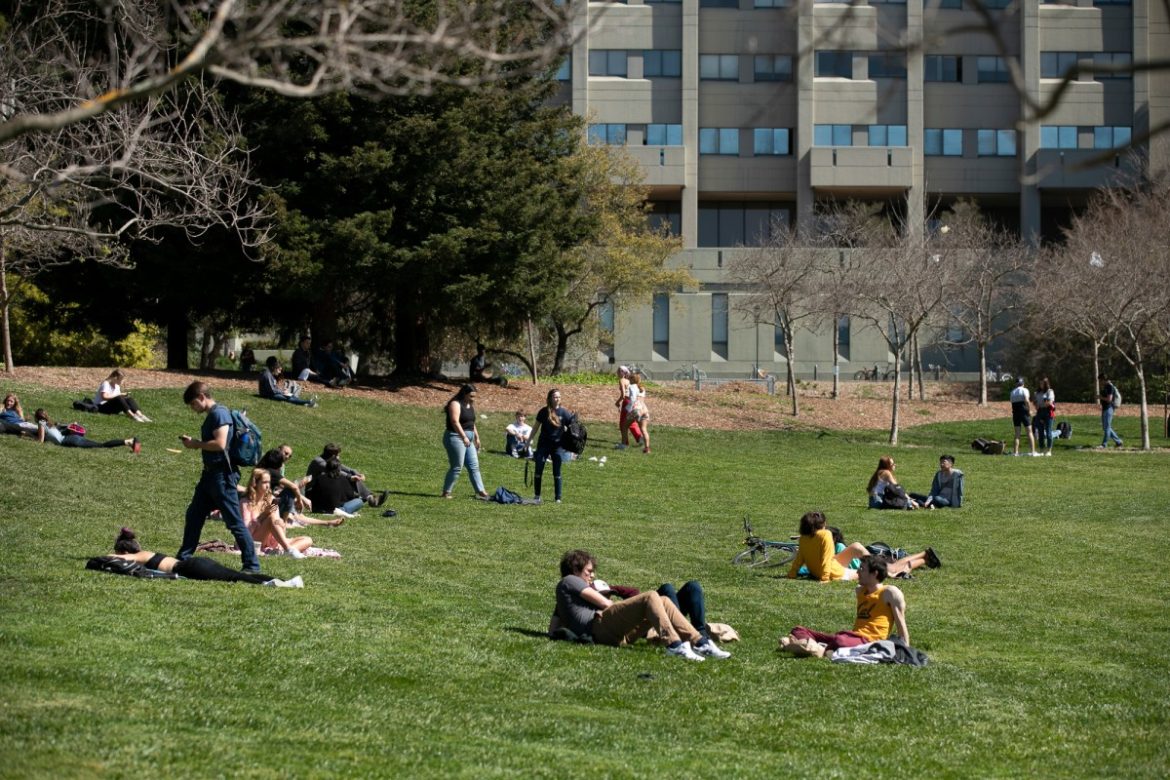 Students sunbathe on the lawn at UC Berkeley. Photo by Anne Wernikoff for CalMatters

A judge in Alameda County has ordered UC Berkeley to freeze its enrollment, though the campus says it is optimistic that it will be able to address the judge’s concerns and get the decision reversed.

Judge Brad Seligman ordered the campus to redo an environmental impact report for a new complex that will include student housing and another academic building, Berkeleyside reported. Until the university redoes that report, Seligman ordered enrollment to freeze at 2020-21 levels. The freeze will take effect in the 2022-23 school year, according to Berkeleyside.

When the campus redoes its report, it must include analysis on how increased student enrollment at the campus has impacted noise and housing in Berkeley, Seligman ruled.

The lawsuit was filed by Save Berkeley’s Neighborhoods, a nonprofit activist group of Berkeley residents.

Dan Mogulof, a spokesman for UC Berkeley, told Berkeleyside that the campus is optimistic it can “file documents very soon” that will satisfy the judge’s concerns.

“It will probably take the university between six and eight months to address the requirements of the judgment with regard to the Upper Hearst project. We are confident that the court will ultimately permit us to proceed with the Upper Hearst project,” Mogulof said, referring to the planned complex for the complex on the northeast edge of campus on Hearst and La Loma Avenues.