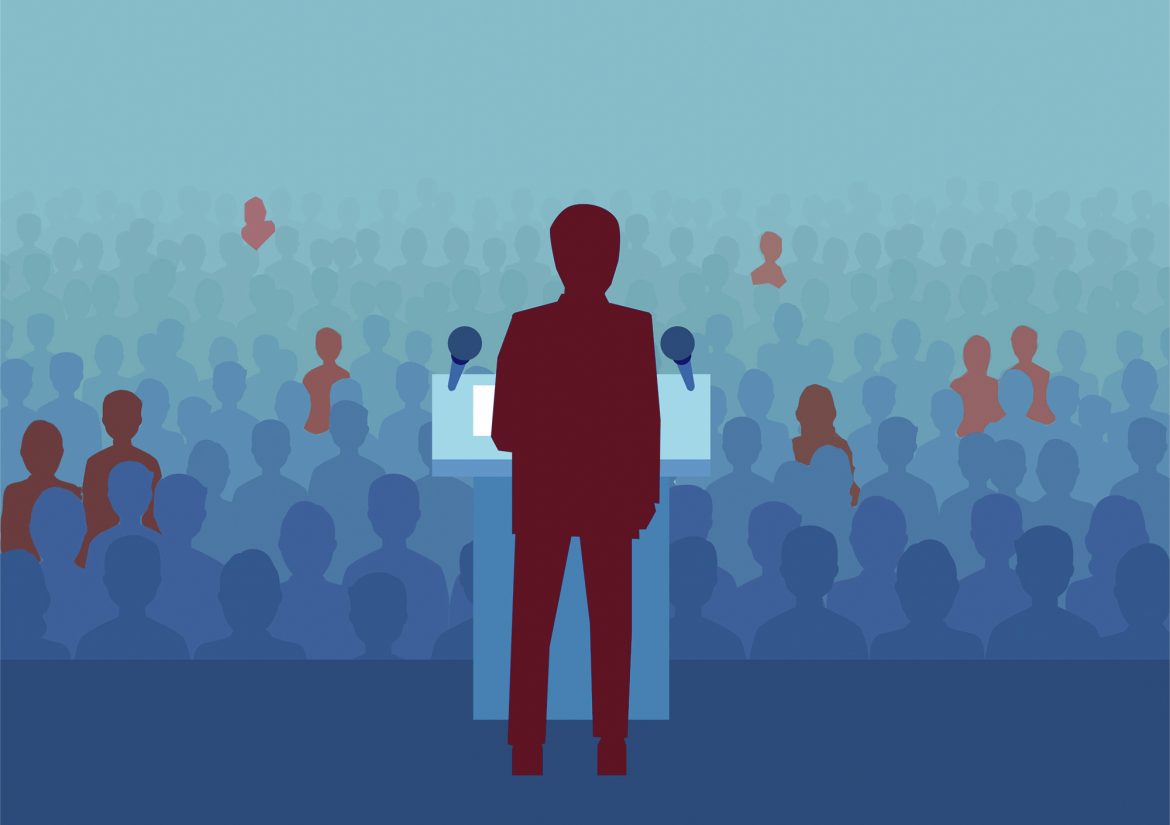 Republicans running to replace Democratic Gov. Gavin Newsom in the recall election have talked about making some big changes in California: Cut taxes. Give parents vouchers for private schools. Roll back some landmark environmental laws.

But while the governor’s office comes with a lot of power, it does not include a magic wand.

To make many significant policy changes, a governor must work with the Legislature to pass new laws, approve a budget and appoint key leaders to state agencies. And in California, Democrats have a complete lock on the Legislature — holding such a huge supermajority in both chambers that they have more than enough votes to override a governor’s veto, or to pass their own budgets.

So if the Sept. 14 recall is successful and a Republican is sworn in as governor of this deep-blue state — a once far-fetched notion that polls now show is within the realm of possibility —  what would change at the state Capitol come late October?

The one-party control Democrats have enjoyed for the last decade would give way to a divided government. That could spur bipartisan compromises — or partisan gridlock. Most significantly, it could make historically rare power plays a lot more common:

The Legislature could override vetoes to turn its bills into law and still set policy in a wide range of areas. And the governor could try to do the same or push back through executive orders and emergency declarations.

“If the Democrats coordinate and present a united front, and defy political norms that have historically been in place, they could resist a lot of what the governor wanted to do,” said Kim Nalder, a political science professor at California State University, Sacramento.

How far can a governor take emergency powers?

Republicans have criticized Newsom’s use of emergency power during the coronavirus pandemic, saying he’s exerted too much control without the usual checks and balances. As the pandemic sidelined normal work in the Legislature last year, Newsom issued as many executive orders in 2020 as his predecessor did in eight years.

Assemblymember Kevin Kiley — a Rocklin Republican now running in the recall election — sued Newsom to try to limit his emergency power, but ultimately lost in court. With that ruling that a governor has broad authority to change or rescind laws during an emergency, GOP candidates are now talking about how they’d use such power themselves.

“I would not use executive authority to create new laws and new policies, as this governor has,” Kiley said in an interview with CalMatters. “But I would use it to unwind things that never should’ve been there to begin with.”

Kiley said he would end Newsom’s pandemic emergency declaration, which would set the stage for reversing related public health rules, such as the requirement that children wear masks at school and that state employees and health care workers get vaccinated against COVID-19 (or be subject to routine testing). Other GOP candidates also pledge to reverse Newsom’s mask and vax orders.

But the major Republican recall candidates are talking about using emergency powers for a lot more than the pandemic.

Kevin Faulconer, the Republican former mayor of San Diego, said he would declare an emergency over wildfires to speed up prevention efforts to clear trees and brush.

“I have a lot more power than I thought I did, even dealing with a hostile Legislature,” Elder said in an interview with CalMatters.

Of course, using emergency power to address longstanding issues would almost certainly get tested in court. A plaintiff could argue that an ongoing and predictable problem is not a proper use of a governor’s emergency orders. But under the Emergency Services Act, the governor’s powers are intended to be very broad, and courts have been lenient in defining emergency power, said David A. Carrillo, executive director of UC Berkeley Law’s California Constitution Center.

Conceivably, Democrats could try to prevent a new governor from using emergency power by revoking the Emergency Services Act some time between the Sept. 14 election and a new governor being sworn in, Carrillo said. Hypothetically, if Newsom loses the recall, he could call an emergency session of the Legislature and lawmakers could vote to repeal the law, or put it on hold until after the 2022 gubernatorial election.

“A power move like that would hobble a new governor’s emergency powers,” Carrillo said.

Beyond emergencies, Elder said he would reverse executive orders Newsom has issued on environmental issues, such as a ban on oil fracking and phasing out the sale of gas-powered cars.

But Elder said he would not only govern by executive power and said he believes he can also find ways to work with the Legislature — a conclusion he said he was surprised to reach after consulting with former Gov. Pete Wilson, a Republican who worked with a Democratic-controlled Legislature in the 1990s.

“One of the reasons I initially did not want to run is because of the supermajority Democrat Legislature we have in Sacramento and my assumption that whenever I vetoed something, it would be readily overridden,” Elder said.

“Much to my surprise, a bill has not been overridden since I think the early 1980s.”

It’s true that overriding a veto is rare. Lawmakers have only used that power a handful of times in the last 50 years, according to the state Senate Office of Research.

But political dynamics at the Capitol are substantially different now than they were in previous eras, when state government was politically divided. That makes use of the override more likely.

In both the Assembly and state Senate, Democrats now hold more than the two-thirds majorities needed to override a veto, if moderates and progressives stay united. During the terms of the last two Republican governors — Wilson, from 1991 to 1999, and Arnold Schwarznegger, who won the 2003 recall and served until 2011 — Democrats did not have a supermajority.

And the rules for passing a budget have changed significantly since then, too. It only takes a simple majority to pass the budget now; not the two-thirds vote that forced bipartisanship (and lots of partisan gridlock) until voters changed the law in 2010.

“The fundamental rules have changed — because of the supermajority the Democrats have, and the majority-vote budget rule — that have made the situation really different,” said Bill Lockyer, who was the Democratic leader of the state Senate during much of Wilson’s time as governor.

“There’ll be lots of pressure to do overrides.”

One thing that won’t be different? The Democratic Senate’s ability to block appointments by a Republican governor.

Though a governor has authority to appoint members of the state Board of Education, California Air Resources Board and other powerful bodies, and to fill thousands of positions throughout state government, the most significant appointments that play a role in shaping policy must be approved by the state Senate.

“There were numerous examples of where we refused to confirm a gubernatorial appointment, and that’s highly likely to occur with the (recall candidates) we see on the Republican side,” Lockyer said.

Another thing that won’t change: Governors don’t need any input from the Legislature to appoint judges. Newsom alluded to how drastically a new Republican governor could shape California courts in a recent Zoom call with supporters.

“I think about my kids and their future, the damage that a Republican can do (with) judicial appointments unfettered by the Legislature.”

There’s already plenty of political speculation of what might happen if U.S. Sen. Dianne Feinstein, who is 88, retires before her term ends.

And under the state constitution, the governor has the power to grant pardons and commutations for convicted criminals and to review parole decisions. For example, Newsom — or whoever is governor later this year — will get the final say on whether Sirhan Sirhan, who assassinated Robert F. Kennedy in 1968, will be released from prison.

Would Democrats see a need to cooperate?

Republican businessman John Cox said that if elected, he would try to avoid using executive action and instead find ways to work with the Legislature to address problems with housing, homelessness, water and electricity.

“I’m going to propose a package of reforms on all of these issues. And I’ll certainly sit down with legislators and try to fashion a majority that will want to deal with these and get the problems fixed,” Cox told CalMatters.

If that doesn’t work, he said he’ll recruit candidates to challenge lawmakers in their re-election campaigns.

But if a Republican is elected in the recall, it would be just a year before voters pick a governor again. And it will likely be with far less than a majority of votes — hardly what Democratic legislators would view as a mandate.

That’s because of the strange rules for a recall (which a federal judge affirmed Friday are constitutional): Newsom will be ousted if a simple majority of voters say “yes” on the first question on the ballot. The person who replaces him will be whoever gets the most votes on the second question, even if it’s less than a majority. So far, no candidate has polled higher than 27%.

It was different in the 2003 recall, when 55% of voters ousted then-Gov. Gray Davis and 49% voted to replace him with Schwarzenegger.

“The mandate by voters at the time was, they wanted change,” said Fabian Nunez, a Democrat who led the Assembly during Schwarzenegger’s first term.

“When you look at the crowd of people that are running in this recall, there’s nobody that even comes close to that.”

Nunez and Schwarzenegger locked horns many times at the start of that governorship. The new governor famously called the Legislature a bunch of “girlie men” as he pressured them to pass a budget.

But he wound up abandoning some of his most conservative proposals, including on spending and teacher tenure, after they were rejected by voters. Eventually, Schwarzenegger and Nunez learned to cooperate, and even became friends.

“I never once tactically thought, ‘OK we have to moderate our stance now that we have a Republican governor.’ But I did think that we had to figure out a way to work with him if we wanted to get things done,” Nunez said.

He pointed out, though, that Democrats didn’t have a supermajority back then. They couldn’t override a governor’s veto or pass a budget without Republican votes:

“They were very different times than now.”