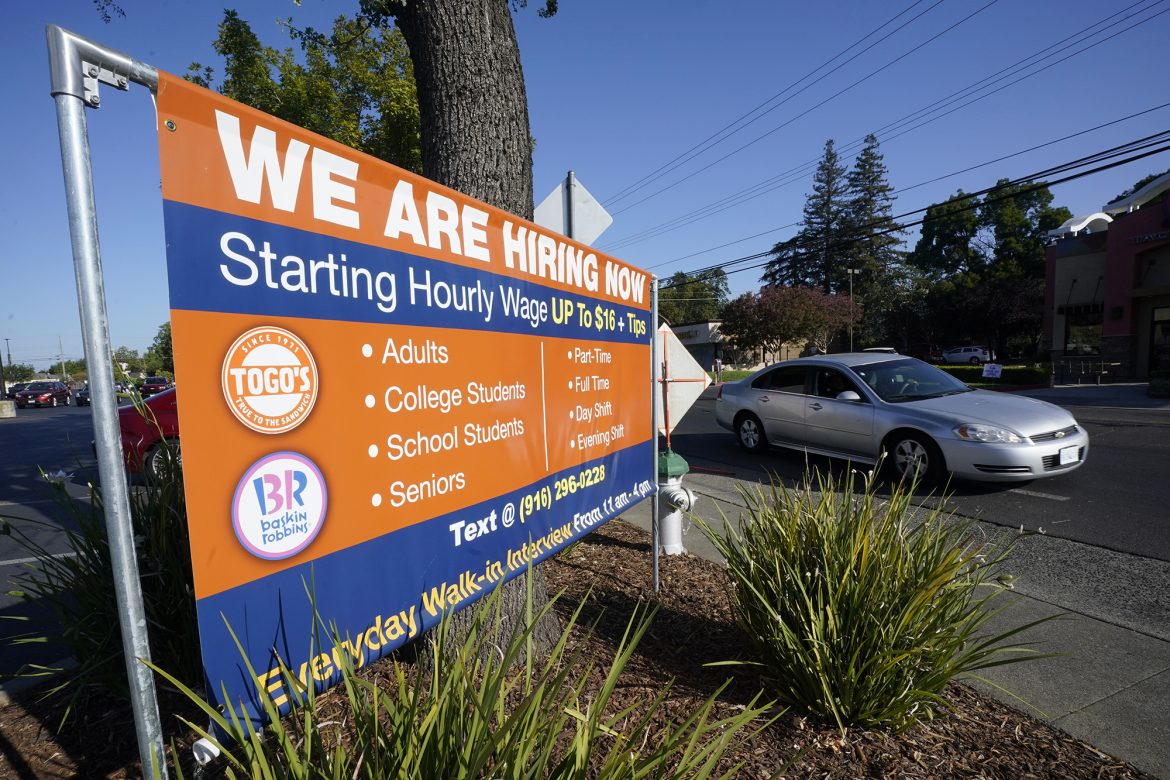 A car passes a hiring banner in Sacramento, July 16, 2021. Hiring in California slowed down in June 2021 as employers in the nation's most populous state tried to coax reluctant workers back into their pre pandemic jobs before the nation's expanded unemployment benefits expire in September. Photo by Rich Pedroncelli, AP Photo

Pop quiz: Is California (a) leading the nation in job creation (b) home to the country’s second-highest unemployment rate or (c) all of the above?

The answer, believe it or not, is (c) — giving ammunition to both Gov. Gavin Newsom and the challengers seeking to oust him in the Sept. 14 recall election.

“California continues to lead the nation’s economic recovery,” Newsom proclaimed on Friday, when the state Employment Development Department released a report showing that the Golden State added 114,400 new jobs in July — more than any other state. In a Monday tweet thread denouncing the recall, the California Democratic Party noted that the state’s July 2021 unemployment rate of 7.6% was 5.6 percentage points lower than it was in July 2020.

Jessica Millan Patterson, chairperson of the California Republican Party, found different statistics to highlight. “Gavin Newsom’s CA isn’t ‘roaring back,’ it’s barely scraping by,” she tweeted Monday, pointing out that the Golden State last week accounted for 21.4% of the nation’s new unemployment claims, despite making up just 11.7% of its workforce. She also noted that California’s 7.6% unemployment rate is the second-highest in the nation (a title it shares with New Mexico and New York).

California’s revised unemployment rate has essentially been static in recent months: It was 7.7% in May and 7.6% in June. The number of Californians receiving some form of unemployment insurance — more than 3 million — has also barely budged, according to Michael Bernick, an attorney at Duane Morris and former EDD director. Meanwhile, nearly 69,000 Californians filed new jobless claims for the week ending Aug. 14, marking the state’s highest total in three months.

Although some experts have suggested unemployment rates will improve after Sept. 4 — when federal jobless supplements of $300 weekly are slated to end and presumably persuade workers to go off benefits — that idea was complicated by new data showing that only eight of the 26 states that cut off those benefits early saw a statistically significant drop in unemployment in July.