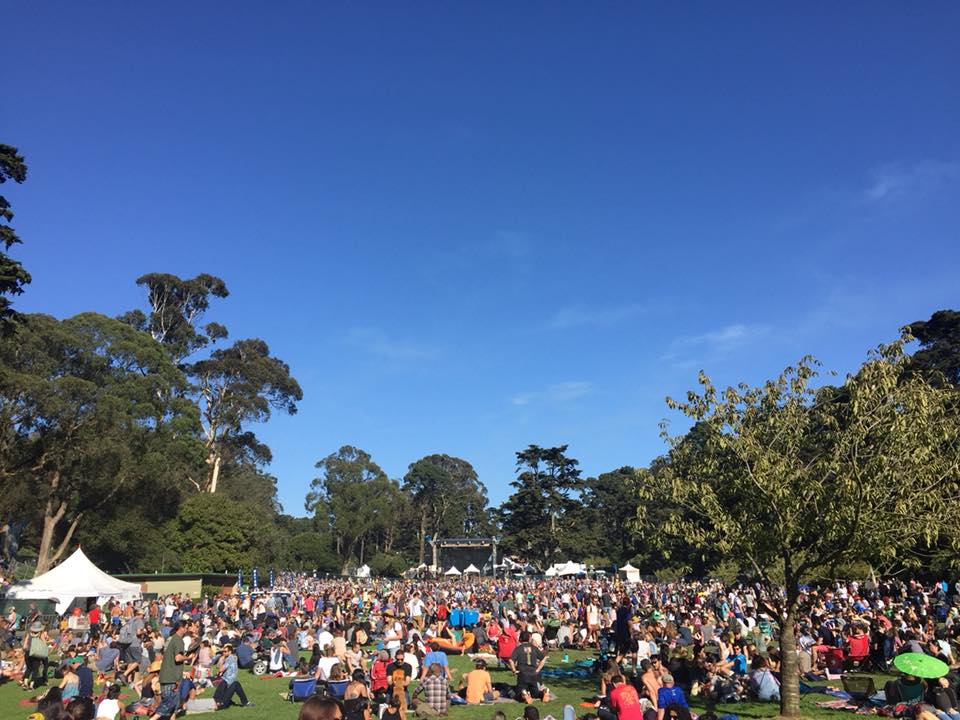 For the second year in a row, the Hardly Strictly Bluegrass music festival will take place online instead of Golden Gate Park in San Francisco, the festival’s organizers announced Thursday.

The festival — themed “Come What May” — will still host three days of performances from Oct. 1-3, but will be entirely live-streamed. Fans can tune in to the combination of live and pre-recorded performances every day of the festival at 1 p.m.

San Francisco and much of the Bay Area have been in the midst of another surge of COVID-19 cases, with San Francisco averaging 192 new cases per day over the last seven days. Though COVID-19 related deaths are much lower than in previous surges, the festival organizers said close communication with the city and their own COVID-19 safety advisors led them to move the festival online.

“We can’t waver from our mission of providing the safest and most magical musical environment, with all the care and consideration for our festivalgoers and artists, that has been at the heart of Hardly Strictly for over two decades,” the organizers said in their announcement.

When the pandemic forced the festival online last year as well, the organizers recorded a three-hour broadcast titled “Let the Music Play On” that garnered over a million views and $500,000 in donations for Artist Relief, an initiative offering emergency grants to artists during the pandemic.

The broadcast later spurred a web series titled “Let the Music Play On & On” that released 15 episodes between November 2020 and June 2021.

The festival has 27 sets scheduled for this October’s online festival, set to be live-streamed on the Hardly Strictly Bluegrass website, via Facebook, and on the organization’s YouTube channel.