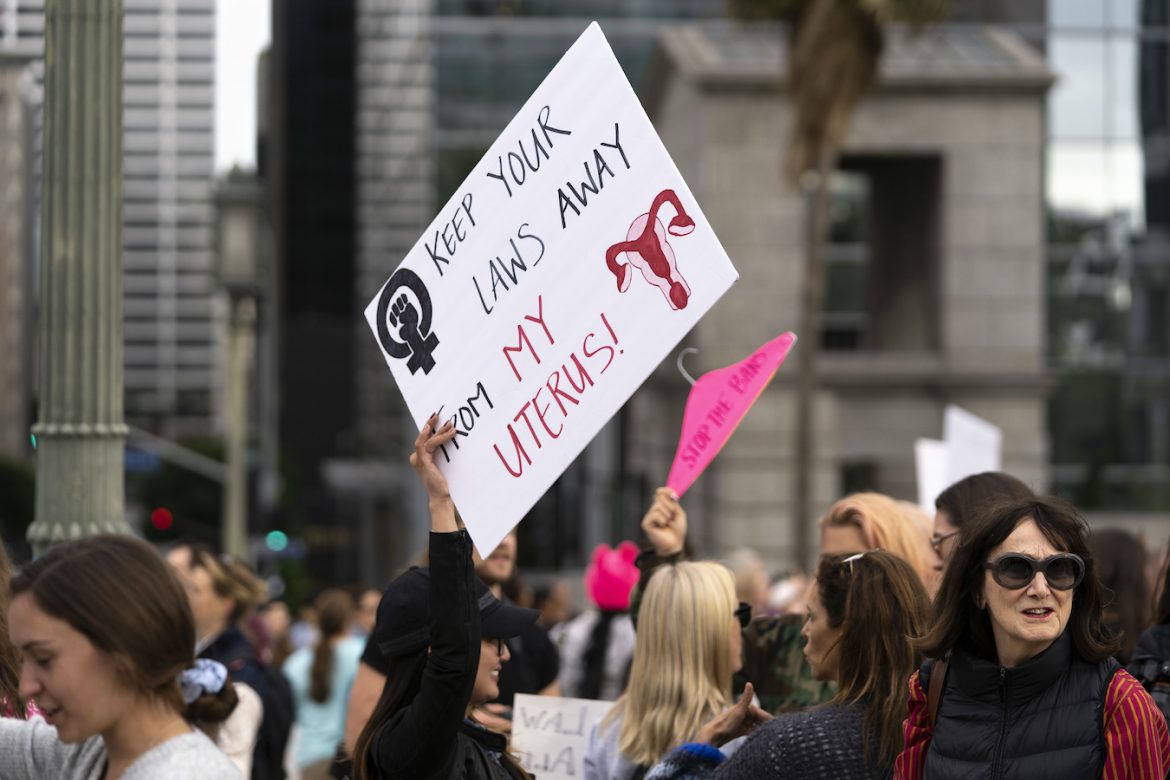 SACRAMENTO, Calif. — As the election to recall California Gov. Gavin Newsom approaches, abortion-rights groups are warning that Californians’ right to an abortion is on the ballot.

Newsom, a Democrat, himself tweeted that “abortion access” is at stake.

“There’s no question that if a Republican is elected, access to abortion in California will be restricted,” Jodi Hicks, president of Planned Parenthood Affiliates of California, said at a press conference in July.

But this message is strategic and is more about firing up left-leaning voters than it is about policy, said Rob Stutzman, a Republican political strategist.

“There’s no indication from polling in this election that [abortion] is at all what Californians think this election is about,” Stutzman said. “This fits into the type of campaign that they’re running, which isn’t persuasion; it’s motivation to turn out.”

In reality, California has some of the strongest abortion protections in the country and restricting them would be difficult for a replacement governor to accomplish with only a little over a year remaining in the term, opposition from an overwhelmingly Democratic legislature — and the right to abortion enshrined in the state constitution.

Although governors can veto legislation, set budget priorities and make regulations through state agencies, only small-scale change would be possible and would almost exclusively affect women on Medi-Cal, the state’s Medicaid insurance program for low-income people.

“I don’t think abortion is going to be severely restricted in California,” said Laurie Sobel, associate director of women’s health policy for KFF. “It’s more subtle than just slashing laws that are on the books — it’s not being supportive” of progressive new laws.

Restrictions adopted by other states — such as laws that require ultrasounds before abortions or regulations that make it hard to open abortion clinics — likely wouldn’t fly in California without a friendly legislature, Sobel said.

Yet reproductive rights groups have painted Californians’ right to access abortion as threatened by the Sept. 14 recall election. Newsom appeared with Planned Parenthood leaders Wednesday night to say California’s role as an abortion-rights standard-bearer is more important than ever because other states are increasingly restricting access and the U.S. Supreme Court will decide this year whether to uphold the seminal Roe v. Wade decision, which legalized abortion nationally.

None of the four leading Republican recall candidates responded to calls and emails about their positions on abortion.

Larry Elder, a conservative radio host who is the leading replacement candidate in most polls, has been the most outspoken on the issue. He has called abortion “murder” and Roe v. Wade “one of the worst decisions that the Supreme Court ever handed down.”

Every registered voter will receive a ballot in the mail, though voters will also have in-person voting options. If Newsom is recalled in the Sept. 14 election, his replacement would take office in late October, and would serve the remaining portion of Newsom’s term, until January 2023. A replacement could run for a regular four-year term in the November 2022 election.

State law establishes a woman’s right to an abortion, generally until a fetus could survive on its own. And the state constitution includes a right to privacy that the Supreme Court of California has ruled protects abortion, even if the U.S. Supreme Court overturns Roe v. Wade. The state Supreme Court has also struck down laws that limit abortion or require parental consent. State law requires every state-regulated health plan, public or private, to cover the procedure.

Still, abortion-rights advocates argue that having a right doesn’t always mean being able to access treatment, and that an anti-abortion governor could find ways to make the procedure less accessible. Experts say there are three primary ways a replacement governor could restrict access:

Democrats, who have a supermajority in both houses of the legislature, could override a governor’s veto with a two-thirds majority in both chambers. The last time that happened was in 1980.

Susan Arnall, director of outreach and engagement at the Right to Life League, said an anti-abortion governor could help bring balance to the Capitol by vetoing “anti-life” legislation, even if lawmakers end up overriding the veto. “That at least delays things. It slows the process down, and that’s helpful,” she said.

“California already has abortion deserts within our own state,” Hicks said. Even a barrier that seems small “still matters for someone trying to get services.”

Democratic consultant Rose Kapolczynski said the threat an anti-abortion governor could pose to abortion access is real, regardless of how long that person held office. Newsom’s replacement would immediately have to start running for reelection, she said, which provides the incentive to do big things in the first year.

“The Newsom team knows they need to do everything they can to motivate Democrats to mail in their ballots, and they’re talking to those voters about the issues they care most about,” Kapolczynski said. “It’s completely legitimate to talk about what happens if the recall succeeds.”