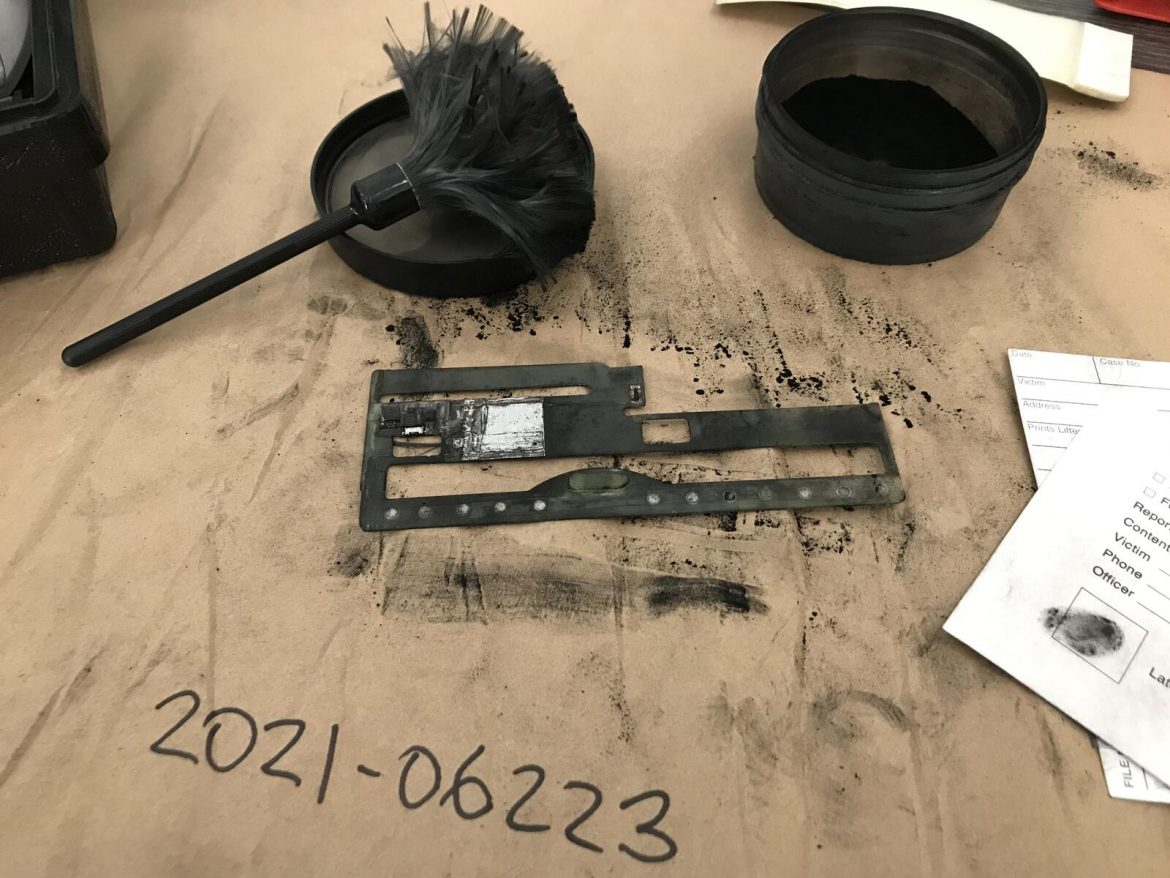 A card “skimming” device was found on an automatic teller machine in Piedmont on August 8 and has been turned over to the Piedmont Police Department.

Skimming devices can record ATM card numbers and passwords, which allows criminals to harvest the information and create counterfeit cards. They often can attach to ATMs in ways that are difficult to detect.

Piedmont Police Department Captain Chris Monahan said a Bank of America service technician found the device during routine service and contacted the police. The device was found on an ATM at the branch at 345 Highland Avenue. The branch is not currently open but the ATM is still working.

“It is currently unknown how long the device had been active,” Captain Monahan said, adding that the investigation will include looking at video footage provided by the bank.

“There are no confirmed victims at this time,” he said. “Detectives are working with Bank of America.”

Captain Monahan said it is rare to find the devices in Piedmont — three times in eight years. Police suggest customers check their accounts and report any suspicious activity to their financial institutions. If someone believes they are a victim, they should call the Piedmont Police Department at 510-420-3013.

In February 2020, an organized crime ring operating across the country targeted the same ATM machine. Around 30 Piedmont residents had their accounts compromised at that time.