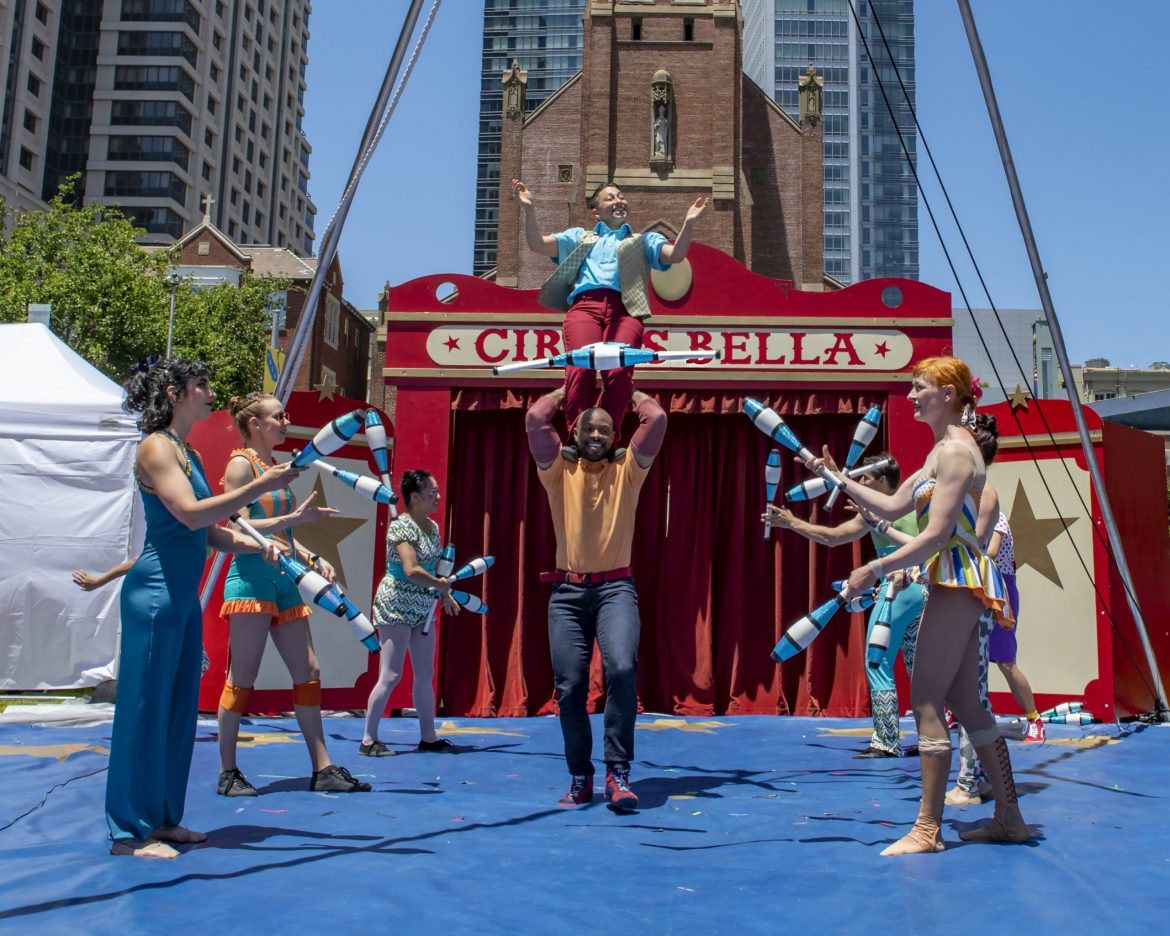 Carrying on: The Oakland Symphony, still reeling from the unexpected death of longtime music director Michael Morgan, is moving on with its SummerStage series of free outdoor concerts at Brooklyn Basin, launched last weekend with John Kendall Bailey stepping in as conductor.

This week’s installment, with assistant conductor Bryan Nies at the podium, features the orchestra’s 16-member Brass Ensemble in a “Blast of Brass” program that will showcase spine-tingling, clarion-call selections such as Adolphus Hailstork’s “An American Fanfare.” Composers as diverse as Beethoven, Gabrieli and Richard Strauss will be represented, along with Joan Tower’s tongue-in-cheekily titled “Fanfare for the Uncommon Woman, No. 1” and a special tribute to environmental activist Greta Thunberg by Jonathan Ring.

‘Rose’ finally blooms: Stanford Live’s fall performance season opens this week with a star-studded dance/music/theater/spoken-word production some six years in the making. “The No One’s Rose,” built on the Holocaust-themed works of famed poet Paul Celan, is a collaboration between Stanford Live, the Bay Area’s Philharmonia Baroque Orchestra and the Cambridge, Massachusetts-based American Modern Opera Company, which specializes in productions that defy categorization.

Originally intended to debut a year ago, the work is described as a meditation on what happens after a catastrophe, and of course the pandemic has served up a whole new layer of relevance while pushing the show back to 2021.

Performances are 7:30 p.m. Wednesday and Thursday and 2:30 p.m. Sunday at Bing Concert Hall. Attendees must show proof of vaccination or a negative COVID test within 72 hours of showtime. Tickets are $15-$225 at live.stanford.edu.

Circus Bella hits the road: The Bay Area troupe Circus Bella wants to help cure us of the pandemic blues with its typical mix of high-flying stunts and good old-fashion frivolity. Beginning this week, the company is bringing its 12th annual family-friendly hour-long show to Bay Area parks and outdoor settings.

This year’s new show is titled “Humorous” and is devoted, according to Circus Bella organizers, to “the fantastic world we discover together through the simple gifts of wonder and laughter.” As usual, the show is built around its adroit cast of acrobats, aerialists, jugglers and clowns, all done up in flashy costumes and accompanied by Rob Reich and the Circus Bella All-Star Band.

The troupe performs a preview at 5:30 p.m. Thursday at DeFremery Park, 1651 Adeline St., Oakland, before staging its official opening as part of the Yerba Buena Gardens Festival at noon and 2:15 p.m. Saturday on the lawn outside the Yerba Buena Center for the Arts on Mission Street, between Third and Fourth streets. Upcoming shows include 2 p.m. Sept. 11 at Mission Creek Park, San Francisco, 6 p.m. Sept. 16 at Lincoln Square Park in Oakland and 1 p.m. Sept. 19 at Dimond Park in Oakland.

Attendees are invited to bring a picnic and lawn chairs. All shows are free, but donations are heartily accepted. More information is at circusbella.org.

Amy Seiwert’s ‘Sketches’ are back: As a dancer with Smuin Ballet and as a prolific choreographer and director of her own company, Amy Seiwert has been a big part of the Bay Area dance scene, and her annual “Sketch” series of new dance works has been a staple of the fall arts season. And this weekend the series returns with live performances, marking the first time her company, Amy Seiwert’s Imagery, has staged an in-person recital in nearly two years.

This year’s 11th installment of the “Sketch” series is titled “Interrupted,” and it features brand new works by Seiwert and Imagery’s artistic fellow Ben-Needham Wood. But there is a twist to the production that’s reflected in the title — as company dancers are performing the works, Seiwert and Wood will “interrupt” the proceedings by asking each other questions about what their new works reflect. The idea is to present a dance performance while simultaneously deconstructing the creative process.

Performances are 8 p.m. Friday and Saturday and 7 p.m. Sunday at ODC Theater, 3153 17th St., San Francisco. Attendees will need to show a proof of vaccination, and masks will be required inside the theater. Tickets are $25-$55. The production will also be offered for streaming at 7:30 p.m. Oct. 22. Tickets and more information are available at odc.dance and asimagery.org.

Local guy makes good: Classical pianist Misha Galant, a hometown boy from Hayward, hasn’t hit the quarter-century mark yet but is already capturing awards for his keyboard prowess. Last year, it was the prestigious Gilmore Young Artist Award that got added to his prize shelf.

A pianist since the age of 6, he made his first appearance with an orchestra playing the Chopin Piano Concerto No. 1 with the Oakland East Bay Symphony when he was 12. Saturday night at 7 p.m., St. Paul’s Episcopal Church of Walnut Creek will showcase him on its ongoing concert series, in an online-only recital featuring music by Beethoven, Chopin, Rachmaninoff, Medtner, Scriabin and Liszt-Volodos.

Following the program, there will be a Q&A session with the performer, using the chat function on YouTube. You can register for the program — and make a suggested donation of $20 to support the monthly series — at stpaulswc.org/concert-series.