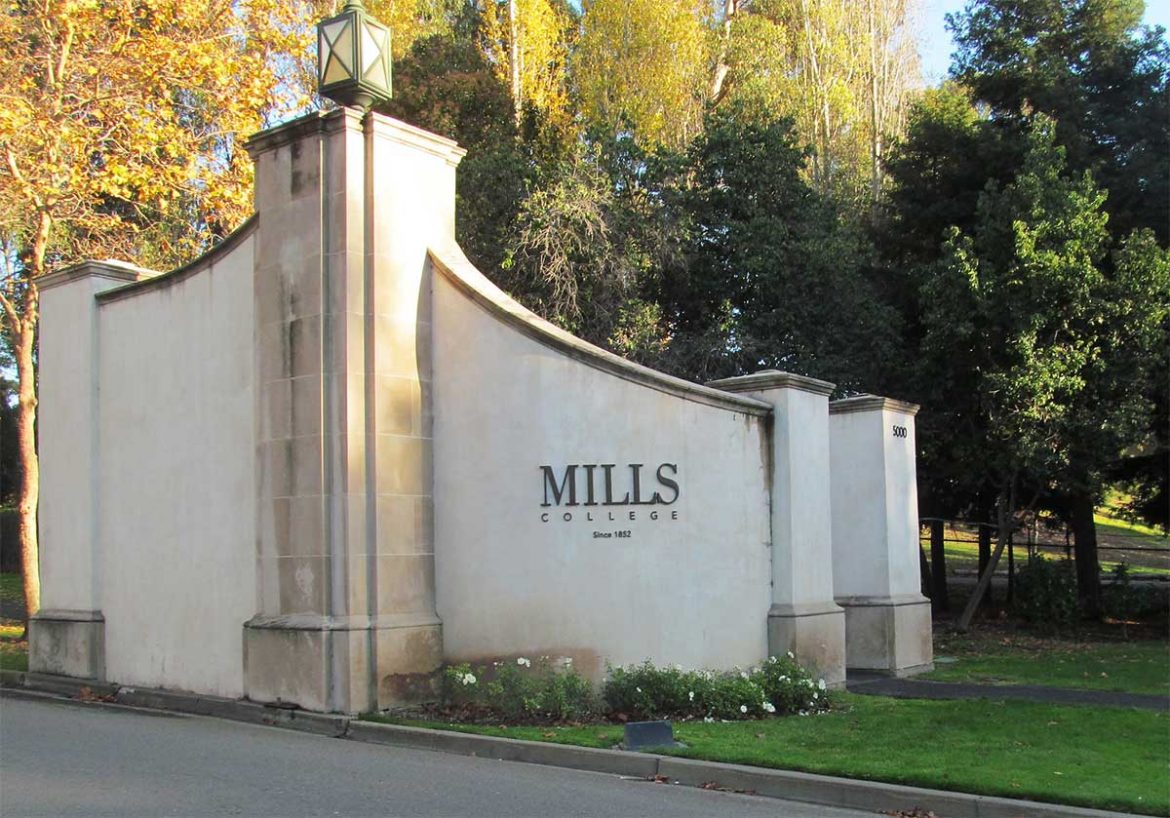 Mills College in Oakland has temporarily been blocked from moving forward with its plans to merge with Northeastern University in Boston after a trustee alleged the school was withholding information about the merger.

Mills College began formal talks to merge with Northeastern in June. In March, the college had said “mounting financial challenges” meant it would most likely close after 2023.

But under the pending agreement, it would remain open as Mills College at Northeastern University and become gender-inclusive for all students. Previously, Mills College’s undergraduate program was only open to women and nonbinary students.

That agreement was halted Thursday after a Alameda County Superior Court judge issued a temporary restraining order based on a motion by Tara Singh, a former member of the school’s board of trustees, and Viji Nakka-Cammauf, a current trustee and president of the Alumnae Association of Mills College.

In the motion, Nakka-Cammauf alleges that the college has withheld financial information and planning documents, among other information, that has kept her from performing her duties as a member of the board.

College President Elizabeth Hillman said in a statement that Nakka-Cammauf was given “more than ample” information about the potential partnership and the Board of Trustees as a group was confident in the amount of information it had received. In July, the school administration offered Nakka-Cammauf the opportunity to review hard copies of the information on campus so long as she did not bring legal counsel or financial analysts with her or make copies of the documents without the school’s approval.

Nakka-Cammauf rejected the offer and petitioned the court to require the school to provide the documents in an accessible manner, a move that Hillman called an “unfortunate side-show engineered by the AAMC and its lawyers,” but Alexa Pagonas, vice president of the Alumnae Association of Mills College Board of Governors, said it was necessary to push the college for more transparency about its financial state.

The merger has been opposed by the Save Mills College Coalition, a group of students, faculty, staff, parents and alumnae founded after the initial March announcement that Mills College would likely close in 2023. In a statement, the group said the merger would “certainly terminate Mills’ historic mission, character, and status as an independent women’s college.”

The coalition commissioned a report by Stefano Falconi with the consulting firm Berkeley Research Group that said assets such as Mill’s endowment, alumni support, valuable land and artistic and literary collections could be used to keep the college open without a merger.

In February 2020, the Western Association of Schools and Colleges’ Senior College and University Commission reaffirmed Mills College’s accreditation and commended their “significant strides” in identifying alternative sources of revenue such as land resources. In its report, the commission states that the college’s auditors did not identify any significant issues and that the U.S. Department of Education has rated the school as “financially sound” for the past several years.

However, the commission also identified that Mills College had been incurring operating losses from fiscal years 2011 through 2018 due to decreasing enrollment and was operating on a significant deficit in its budget for fiscal year 2020. The report also notes that the school had not met several of its key initiatives in its 2017 Financial Stabilization Plan designed to balance the budget.

Despite this, the commission reported that “If the market continues to perform well, there are sufficient reserves to support operational deficits for several years” — a point the Save Mills College Coalition stresses in its argument to remain open without the merger.

“It is deeply disappointing that the AAMC claims surprise and seeks to assign blame for financial challenges that the College, and smaller liberal arts institutions like it all across the nation, have been facing — and publicly addressing — for many years,” Hillman said in a statement.

The court’s action Thursday stops Mills College from taking any action toward potential partnerships, including the merger with Northeastern University. However, the judge also did not immediately grant access to the information Nakka-Cammauf requested, instead setting an Aug. 16 hearing on the motion. A Board of Trustees vote on the merger previously scheduled for Aug. 12 has also been canceled.