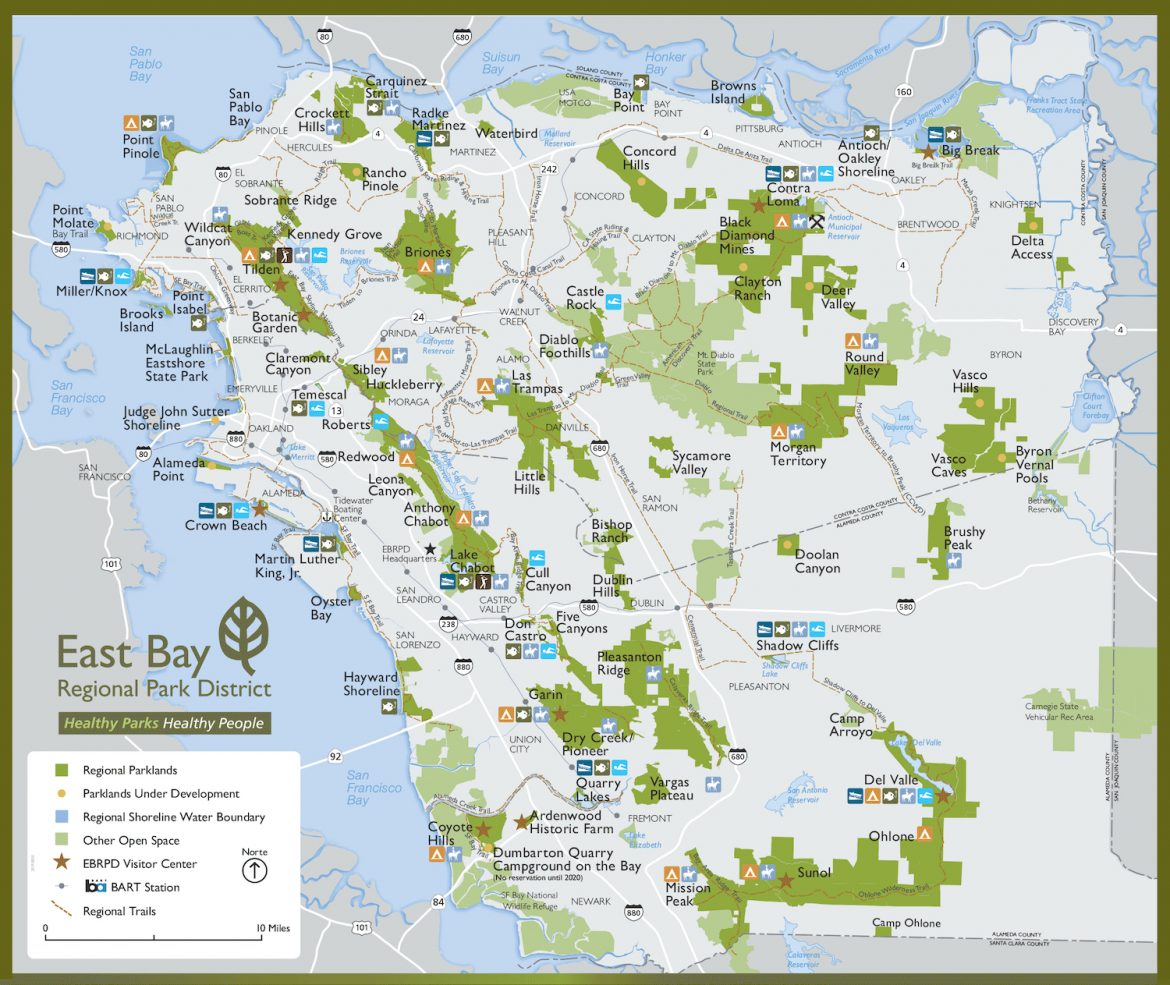 The East Bay Regional Park District received $13.5 million from the state this week to improve its ability to fight wildfires and remove fuels like dead and dying trees, district officials said Thursday.

The district will use $10 million of the direct appropriation to remove potential fuels from parks around the region while the remaining $3.5 million will be used to buy and replace fire-combating equipment like the district’s aging helicopter.

According to the district, Sens. Nancy Skinner, D-Berkeley, and Bob Wieckowski, D-Fremont, proposed the $10 million in funding while Assemblywoman Rebecca Bauer-Kahan, D-Orinda, proposed the equipment funding. The appropriation was made available after Gov. Gavin Newsom signed a $100 billion funding package on Monday.

“EBRPD has more than 1,500 acres of dead or dying trees affected by drought and climate change conditions that need immediate attention,” district Fire Chief Aileen Theile said in a statement, adding that the district is “shovel ready” to begin the necessary forest management projects.

Park district officials first noticed the sudden tree die-off in October 2020 and estimate that it will cost roughly $30 million on top of the $20.5 million the district has spent over the last decade to remove the dead and dying trees from all of the district’s parks.

According to the district, Anthony Chabot and Reinhardt Redwood regional parks in Oakland, Miller Knox Regional Shoreline in Richmond and Tilden Regional Park in Berkeley and Orinda are most in need of forest management to reduce the risk of wildfires in the region.

“The East Bay Regional Park District is a wonderful local resource for all of us who love the outdoors. But it is not immune from these dangerous conditions,” Wieckowski said. “By removing dead trees and other sources that fuel wildfires, the district is proactively working to reduce risks and improve safety, and these funds will help accelerate the process.”

To further reduce the risk of wildfires, the district has prohibited smoking in any district-operated park and also banned building fires outside of designated areas for the remainder of the fire season.

Information about fire safety at East Bay parks can be found at https://www.ebparks.org.