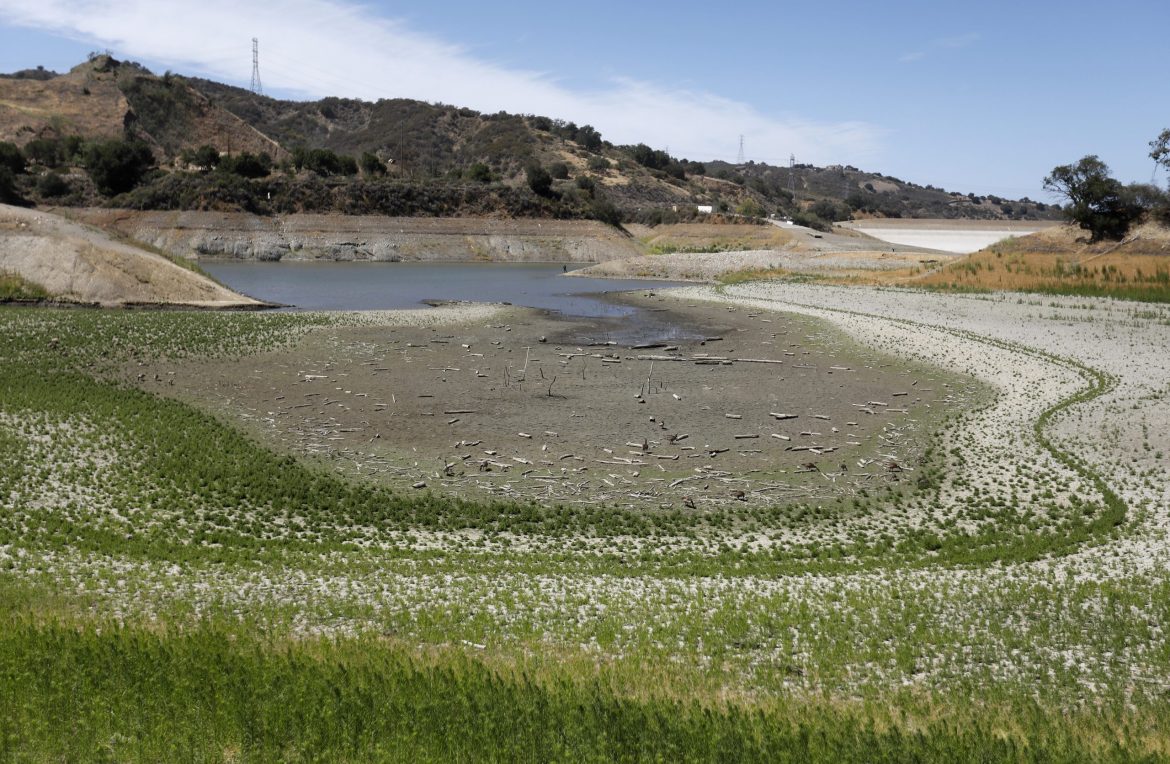 Stevens Creek Reservoir near Cupertino is one of the reservoirs that supplies water to Santa Clara County. It is only 17% full. This photo was shot on June 7, near the beginning of the long dry season. Photo by Nhat V. Meyer, Bay Area News Group

Nearly two-thirds of state residents are concerned about the water supply in their region and the increase of wildfires and drought due to climate change, according to polling data released Thursday by the Public Policy Institute of California.

Water supply was also a concern for a majority of survey participants in each area of the state — the central valley, Inland Empire, Los Angeles, Orange and San Diego counties, and the San Francisco Bay Area.

“It’s also the most important issue for Democrats and independents while Republicans are equally likely to say the drought or wildfires are the biggest issue,” said Rachel Lawler, a survey analyst with the PPIC.

At least 69 percent of participants in each geographic region said they’ve taken steps to reduce their water use to some extent, with 90 percent of Bay Area participants saying they’ve done so.

“I think Republicans in California are different than, maybe, Republicans in other states or nationwide, but as far as that goes, I think a majority across the notion that it is happening, just to some different degrees,” she said.

Republican survey participants were also far less likely than Democrats and independents to support three of the state’s policies to combat climate change: banning new fracking permits by 2024, banning the sale of new gas-powered vehicles by 2035 and conserving 30 percent of land and water by 2030. Only the land and water conservation received majority support from Republican respondents at 51 percent, while 93 percent of Democrats, 71 percent of independents and 76 percent of all adults said they supported it.

Democrats were the only partisan group with majority support for the gas-powered vehicle ban, which Gov. Gavin Newsom announced last fall. The survey found that 69 percent of Democratic respondents supported the policy while 14 percent of Republicans, 42 percent of independents and 49 percent of all adults supported the ban.