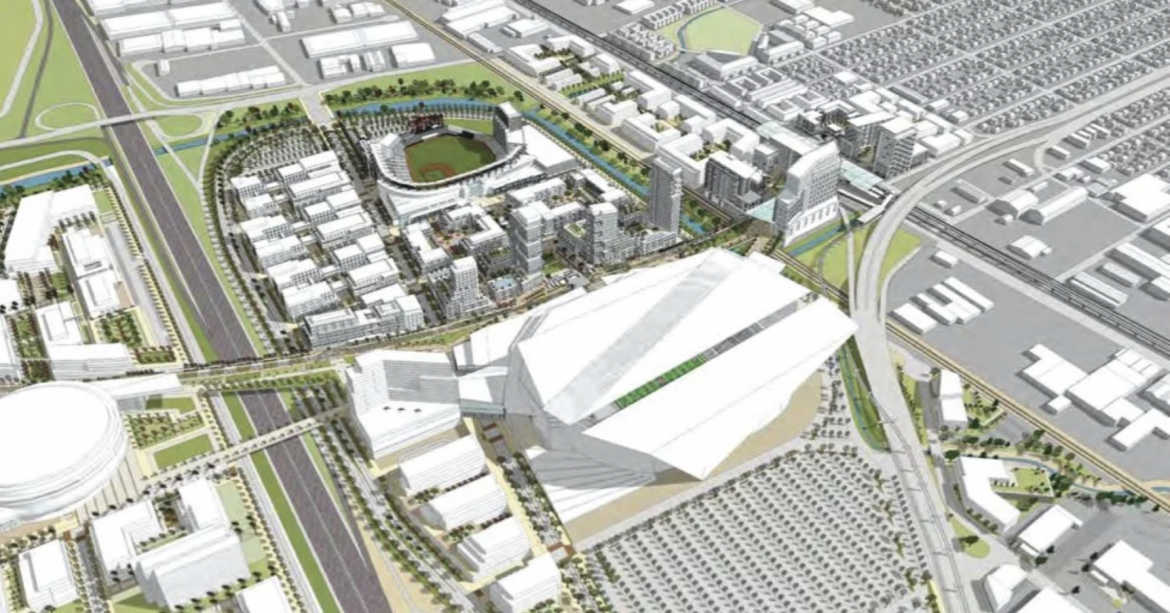 A historic East Oakland land deal is moving forward following a recent vote by the City Council to begin negotiations with a Black sports group for the sale or lease of the city’s stake in the Oakland-Alameda County Coliseum complex.

City councilmembers on July 20 directed city staff to negotiate with the African American Sports and Entertainment Group, which wants to bring affordable housing, retail business and new jobs to the area.

“It would be the largest award of public land to an African American group in the City’s 169-year history,” AASEG founder Ray Bobbitt said in a statement.

Two developers are in discussions with the city for about the next six months for the city’s share of the site. The other is a group led by former Oakland A’s star Dave Stewart.

The other half of the Coliseum complex is owned by the Oakland A’s, which purchased Alameda County’s 50 percent stake.

The AASEG is committed to 35 percent affordable housing at the Coliseum complex site, which pleased at least some councilmembers.

So happy and honored by the Oakland City Council's UNANIMOUS 8-0 vote today, to approve the term sheet between the AASEG & the Coliseum JPA, concerning lease terms @ the Oakland Arena for a future WNBA franchise here in our beautiful city of Oakland CA!#wegotnext#Oakland #WNBA

“This is an early indication of a really strong commitment to the community,” City Council President Nikki Fortunato Bas said. “We don’t get that often here in Oakland.”

The council had been negotiating for some time with the Oakland A’s for 35 percent affordable housing as part of a new stadium for the team at Howard Terminal. Oakland Mayor Libby Schaaf said it appears the city and the A’s have agreed on that.

Bobbitt’s group is also working to bring a Women’s National Basketball Association team to the Oakland Arena, which is part of the Coliseum complex.

That effort gained ground earlier this month when the Oakland-Alameda County Coliseum Authority agreed to let Bobbitt’s group start negotiating a lease of the Arena for a WNBA team to play there.

Bobbitt has previously said the overarching plan is to redevelop the area in and around the Coliseum complex.

Partnering with Bobbitt, among others, is developer Alan Dones, who said that the AASEG proposal would address inequality that has persisted in East Oakland and that a deal would help change things.

“This land is big enough to make a difference,” Dones said.

The site is more than 100 acres, larger than the 55-acre site where the A’s propose to build a new stadium. The A’s proposal is expected to cost $12 billion to build.