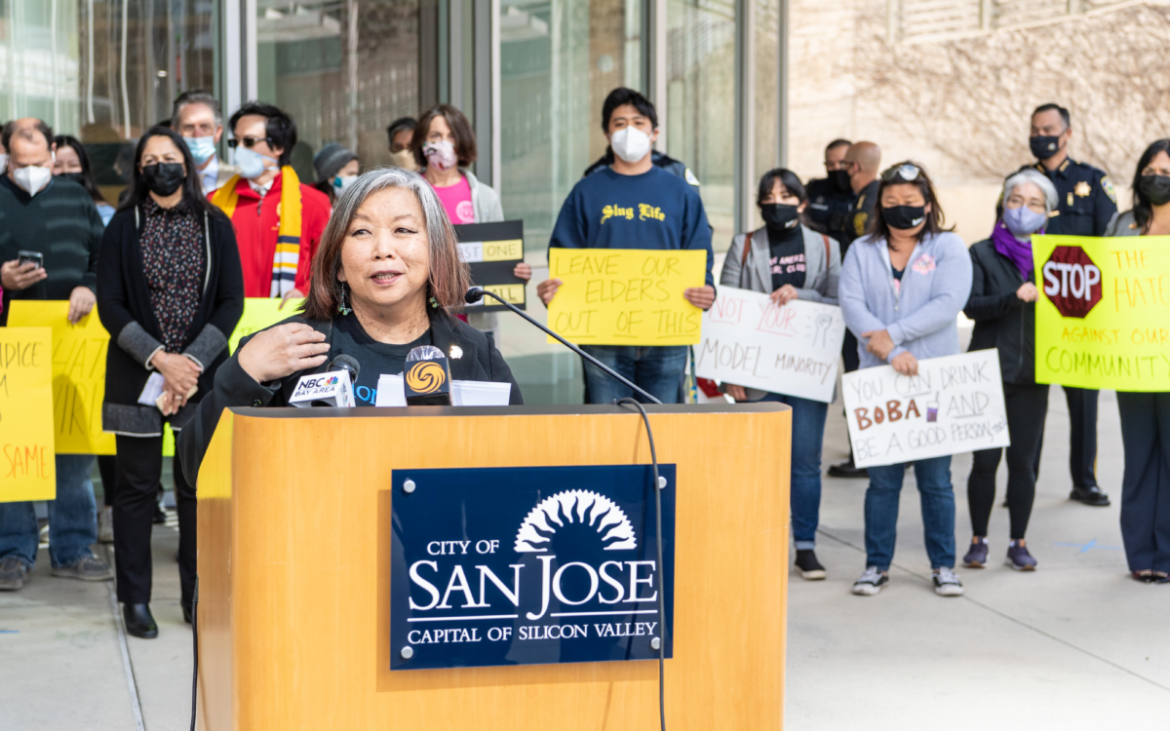 2020 wasn’t just about one deadly virus for some. Across California, Asian Americans and other minority groups also faced an epidemic of hate, as revealed by the state’s Department of Justice in a specialized report Wednesday.

“The facts from our reports are very clear,” Bonta said. “There was a surge in anti-Asian violence correlated with the words of leaders who sought to divide us.”

The report also tied the recent spike in hate incidents with media biases and rhetoric from politicians. Terms like “Chinese Virus,” “kung flu,” misplaced frustrations on the Asian American community for the spread of COVID-19 and further solidified the historic stereotypes Asian Americans have faced in the past, according to the report.

“Anti-Asian racism and discrimination that pervade today relies on tropes and stereotypes solidified in earlier time periods,” the report reads. “Much of the anti-Asian sentiment and racism encouraged throughout the COVID-19 pandemic has its foundation in anti-Asian stereotypes that hearken back to past state-sanctioned discrimination linking Asian communities to disease and foreign identity.”

Oakland City Councilmember Sheng Thao says the Asian American “model minority” myth has especially been disproven during this time, as there was an apparent need for resources.

“The idea that somehow Asian Americans and Asian immigrants are off doing well and doing better than other communities, when we know that the data shows that there are many in the AAPI community, including our East Asian brothers and sisters, who are not even at par,” Thao said.

This trend in violence wasn’t only affecting the Asian American community either, according to the state’s annual hate crimes report also released Wednesday. Hate crimes increased 31 percent overall from 2019 to 2020, with anti-Black bias events being the most prevalent. Cases against Black Californians increased 87 percent, from 243 to 456 cases in 2020.

“Over 50 percent of hate crimes that have occurred are not identified or investigated as hate crimes. The details in the bulletin that we have put out today provides guidance to local law enforcement, so they can properly identify properly investigate hate crimes,” Bonta said.

There’s also a new resource brochure for community members published in 25 languages to help direct culturally competent assistance to those in need. The resource guide can be found at the Attorney General’s hate crime page, HERE: https://oag.ca.gov/hatecrimes. Bonta urges any community member who believes they may have been a victim of a hate crime or incident to report it, take note of the words that were used and keep evidence. He also noted that California law enforcement is prohibited from asking individuals their immigration status, including victims of crimes, unless necessary.

“This is not who we are, we can and we will address these challenges, we will combat the forces of hate, and we will prevail,” Bonta said.