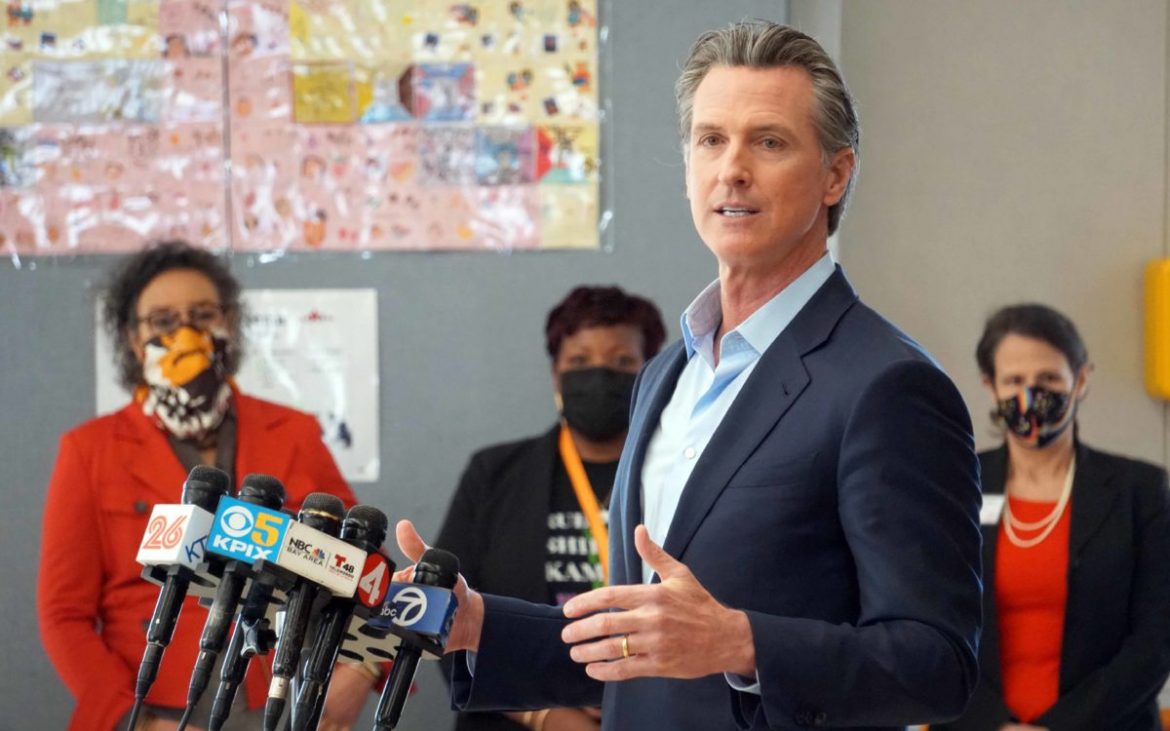 Gov. Gavin Newsom speaks at Ruby Bridges Elementary School in Alameda during a press conference. Newsom announced Tuesday that he expects all schools and higher education insitutions to offer full-time in-person instruction in the fall after retiring the reopening tier system.

Gov. Gavin Newsom will not be able to list his party affiliation on the recall ballot, a Sacramento County judge ruled Monday.

In case you forgot, he’s a Democrat.

The blank space on the ballot is thanks to a filing error. Friday, Newsom’s lawyer admitted that he forgot to request the party designation label — failing to take advantage of a law, signed by his client the governor just a few months earlier, that would have allowed him to do so.

Sadly for Newsom, Judge James Arguelles — an appointee of the former governor and 2003 recall winner Arnold Schwarzenegger — was not willing to give the governor’s campaign a do-over.

In his order, Arguelles cited a 2008 state appellate court ruling: “This case shows why every lawyer in California should have a sign posted in his or her office which says ‘Never do anything on the last day or at the last moment.’”

Newsom may have to do without his party affiliation on the first question on the ballot — whether he should be recalled. But does it matter? I asked Loyola law professor and political analyst Jessica Levinson why there’s always such a fuss over ballot labels and descriptions come election time.

Levinson: “The Venn diagram of people who are going to show up to vote in a recall election and people who don’t know that the governor is a Democrat has got to be pretty small.”

Still, no matter how well Newsom is doing in the polls, elections can be decided by paper-thin margins and campaigns only have so many ways to influence voters. The last thing a campaign lawyer wants is for their client to lose thanks to a filing error.

Levinson said nothing about this — the filing error, the fact that Newsom signed a law designed to make it harder to recall Democrats, the added pressure on his appointed Secretary of State Shirley Weber — makes Newsom or his campaign look particularly good. “And this is totally paging Dr. Awkward for Shirley Weber.”

In other recall-related developments, with the deadline looming Friday for candidates to file:

Keep up with CalMatters coverage of the recall HERE.