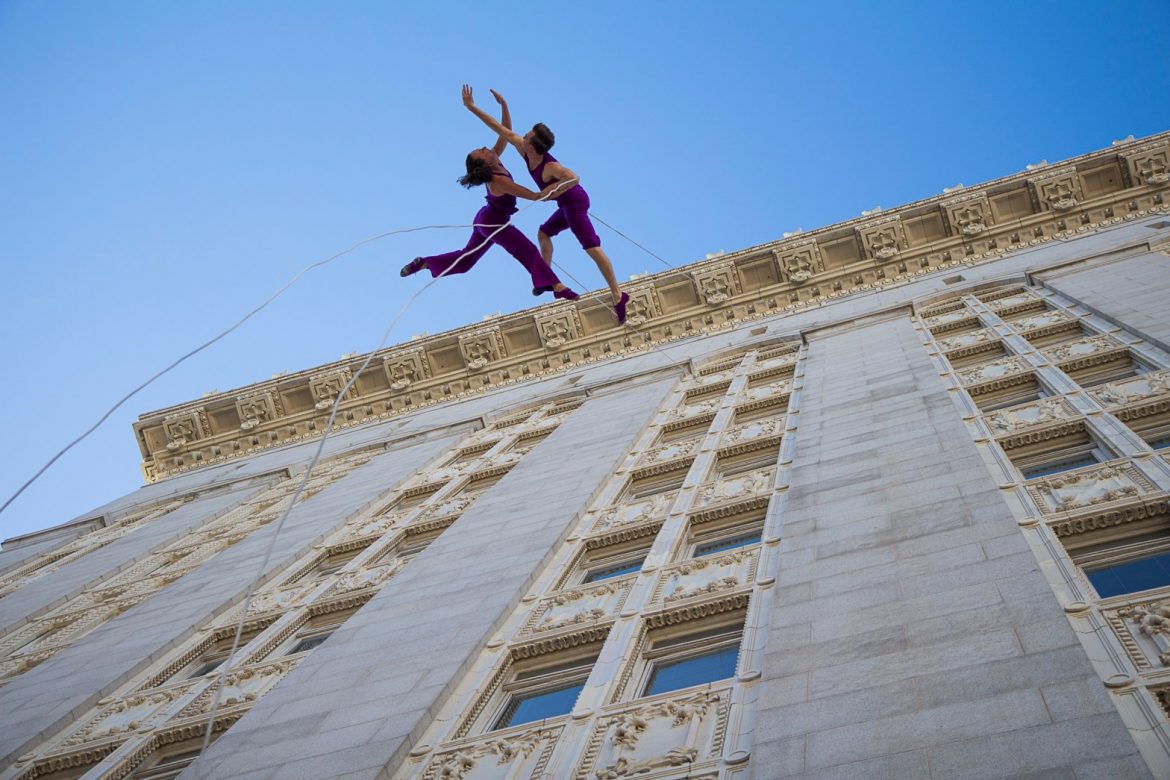 Love and death and redemption on tap: All is not well in the seemingly idyllic little mill town in Moravia, the setting of Leos Janacek’s 1904 opera, “Jenufa.” Our title character has gotten herself illicitly pregnant (well, not quite all by herself), and she is terrified that the baby’s father (who drinks too much, of course) will become a soldier instead of marrying her. Things start to go downhill from there, with jealousy, face slashing and murder all central to the plot.

You can tune in starting any time after 10 a.m. Saturday and up to nearly midnight Sunday as San Francisco Opera streams its 2016 production of Janacek’s masterpiece. Swedish soprano Malin Bystrom sings the role of the damsel in distress, but some of the heftiest vocals are taken up by the great Karita Mattila, the Finnish soprano who plays Jenufa’s stepmother Kostelnicka. Tenors William Burden and Scott Quinn are Laca and Steva, the half-brothers involved in a love triangle with Jenufa.

Sign up for the free streaming production at sfopera.com.

Inside and out: You’ll have two chances to take in Esa-Pekka Salonen and the San Francisco Symphony’s next concert this weekend, choosing between Friday night’s 7 p.m. performance in Davies Hall or Saturday’s open-air concert at the Frost Amphitheater at Stanford at 7:30 p.m. (Both venues will have social-distancing measures firmly in place.)

The program is an especially engaging one, we think: S.F. Symphony’s superb principal clarinetist Carey Bell is the soloist for the lovely — and only — concerto Mozart wrote for his instrument, and the bracing Symphony No. 2 by Finnish composer Jean Sibelius adds weight to the proceedings (The Symphony’s description promises it closes with “climactic cascades.”). The concert opens with an airy confection — an orchestral version of “Bist du bei mir,” an aria from Gottfried Heinrich Stolzel’s opera “Diomedes.”

Tickets range from $15 to $150; find them at sfsymphony.org or at frostamphitheater.com.

Take the E train: We can’t think of anyone better to lead us out of the pandemic blues — dancing all the way — than Latin jazz titan Pete Escovedo. The percussionist and band leader is so immersed in the Bay Area music scene that it’s easy to forget that the Pittsburg native has long since resettled in L.A.

He has performed with his various musical groups and musical family members (including daughter Sheila E. and sons Juan and Peter Michael) at practically every venue and festival the Bay Area has to offer. And he is no doubt raring to go with nightclubs and concert halls finally ready to host live shows and non-virtual audiences again.

This weekend, he returns to the Bay Area to perform with his Latin Jazz Orchestra at Yoshi’s, the venerable Oakland jazz club, which will be reopening its main concert stage for the occasion. He has five shows booked at Yoshi’s Friday through Sunday, and tickets are $34-$75 at yoshis.com. But this weekend will hardly be the last we see and hear of Escovedo this summer. The musician will be back in August as a headliner at San Jose Jazz’s annual Summer Fest event Aug. 13-15 (summerfest.sanjosejazz.org) and again for the inaugural edition the Golden Gate Jazz Festival, Aug. 27-29 at the newly reopened Presidio Theatre in San Francisco (goldengatejazzfestival.com).

Celebrating Oakland: For their first show, the creators of the “SPACES” immersive and interactive arts production chose Harlem for its ethnically diverse populace, strong history of arts and culture and fierce loyalty among its residents. Is it any wonder they chose Oakland for Round 2? “SPACES: Oakland” kicks off its two-weekend run on Friday at City Hall and Frank H. Ogawa Plaza, with dancers, musicians and a multitude of storytellers performing while visitors stroll the grounds, taking it all in and interacting where possible.

Among the performers are the aerial dance troupe Project Bandaloop, dancer and choreographer Sarah Crowell (former artistic director of the Destiny Arts Center), dancer Rashidi Omari and musician/producer Dion Decibels. Members of the YR Media nonprofit will also serve up a live score of music representing Oakland through the ages. And you’ll find select Oakland storytellers all through the production, spinning their tales of the city and inviting your reaction.

Performances are 6 p.m. Friday through Sunday and July 16-18. Each performance is capped at 80 visitors. Tickets are $10-$50; go to www.kaimeraproductions.com/spaces-oakland.

Suddenly Susan: An author, essayist, critic, activist, feminist and passionate commentator on everything from politics and war to art and the nature of “camp” (as in comedy), Susan Sontag was one of the 20th century’s most admired and captivating intellectuals. So how’d you like to meet her? You can, sort of, this weekend when The Marsh presents “Susan Sontag: The Smartest Woman in America,” a new solo show written by acclaimed Bay Area author and playwright Lynne Kaufman and performed by Julia Brothers.

The show presents Sontag, who died in 2004, commenting on the times and her writing and taking stock of the life decisions she has made (she had several love affairs, including with the photographer Annie Leibovitz). Kaufman, with more than 20 plays to her credit in addition to three novels and short stories, has had several shows presented (live and streaming) at The Marsh. Two recent works also focused on iconic American women: “Who Killed Sylvia Plath” and “Exposing Margaret Mead.”

“Susan Sontag” will stream at 7:30 p.m. Saturday and 5 p.m. Sunday, with each show followed by a Q&A with the actor and playwright. Access is available on a sliding-scale basis, go to themarsh.org.