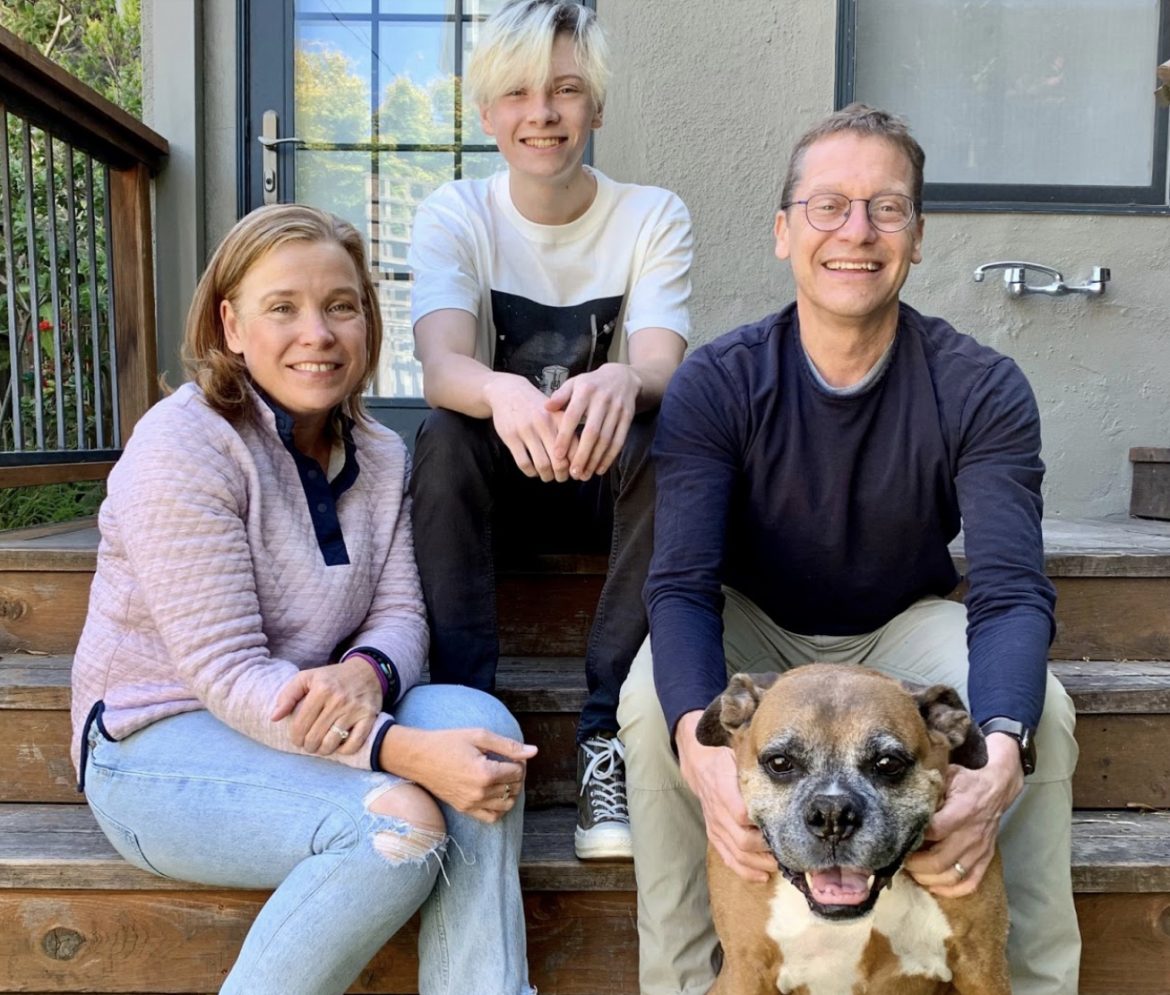 (L to R) Colleen, Nathan and Brian Sturdivant with Gus

Adoption Story: Gus was acquired from a litter of Boxer puppies outside of Sacramento. He was one of 11 siblings and was named for his father, who also went by Gus.

Likes: When young, Gus loved to run free through the Piedmont park and play with many of his dog friends during his morning walks. As he got older, leashed walks, napping in the backyard, LOTS of treats and sleeping on the couch bring him the most joy today.

Dislikes: German Poodles have always rubbed him the wrong way – nothing personal.

Interesting Facts: He has many nicknames, from “bendy boy” to “Tigger” from his earlier athletic days. He sounds like a big vicious dog when he barks and plays, but is the most gentle animal we have ever known.

Anything else? When he was a puppy, he would get fatigued — and stop walking and lie down halfway to Wildwood on the way to drop off the kids for school. All that changed at 6 months of age when he would drag you anywhere you would let him walk. Now that he is ten, he has since reverted to his earlier ways — he can’t even make it up to Wildwood!