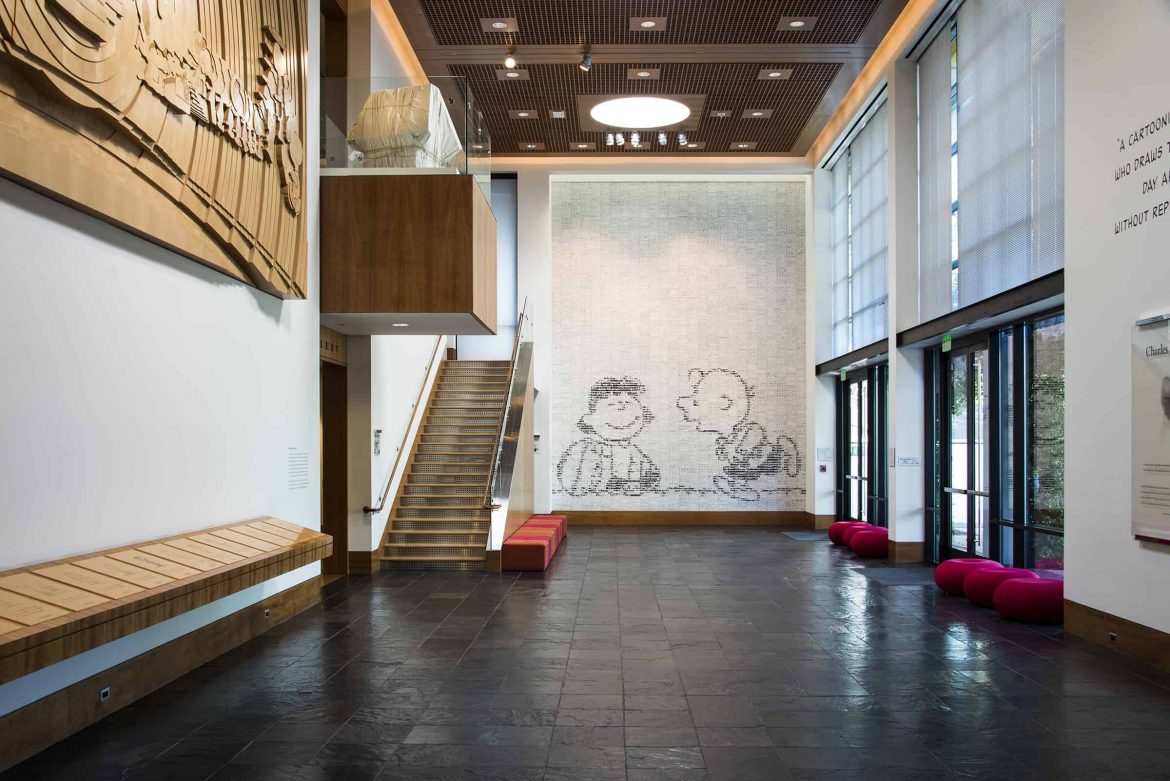 Charles M. Schulz is most famously known for his characters Charlie Brown and Snoopy in “Peanuts” on the funny pages, but the Charles M. Schulz Museum and Research Center in Santa Rosa recently acquired a new set of strips with characters never seen in his work before.

In its new exhibit called Adults by Schulz, the museum, made in memory of the Santa Rosa resident after he passed in 2000, showcases drawings where adults and teenagers take the center square space.

The exhibit opened on Thursday, though it’s available for viewing through Jan. 16, 2022.

The exhibit features seven strips of an unpublished workplace humor strip titled “Hagemeyer,” made in the mid-1950s before “Peanuts” came about. The museum had four strips in its collection, but they acquired three more at a recent auction, not knowing there were more to be found. Benjamin Clark, museum curator, said that this is the full collection, which has never been in view together until now.

“For several years now, we’d always wonder if there were maybe just a few more out there in the world, and then lo and behold, they became available this past spring. We’re very, very excited to acquire them,” Clark said.

The exhibit will also include Schulz’s work from the Saturday Evening Post, “It’s Only a Game,” one of the few collaborations Schulz took part in with another artist, and “Young Pillars,” a one-panel comic that features the “Peanuts” characters as teenagers.

Clark said that work from Schulz that doesn’t feature his “Peanuts” characters is few and far between, considering how Charlie Brown and his friends became a cultural touchstone. Schulz typically only implied adults were around in the Peanuts world, which is why this exhibit is especially unique.

“He had to get creative with how to imply adults, like have teachers in the classroom in the animated specials famously have that muted trombone, you know, the ‘wah, wah, wah,'” Clark said.

“In earlier days I experimented with off-stage voices, but soon abandoned this as it was not only impractical but actually clumsy. Instead, I have developed a cast of off-stage adults who are talked about but never seen or heard,” Schulz said in 1975.